Princella Tobias, Chairperson, Benton Harbor Community Response Team: Well, I will tell you, it’s not a great experience by any means. And we can look at it that way because that’s exactly what it is not being able to use water. When I think about it, I think about a saying that I heard every time there’s a problem, there comes a solution.

Princella Tobias: And my friends who call me from afar, I say to them, when’s the last time you have actually, do you know when the pipes under your home were actually placed or you have checked? So what we’re doing in Benton Harbor and this is where it’s twofold. Bad experience that we’re turning to something that could be wonderful for the residents of Benton Harbor.

Princella Tobias: The mayor will speak about the pipes and how we’re having them replaced throughout the entire city. Then he would also we would talk about what this is doing for our community. We’re building capacity. We’re giving people hope and we’re changing the game of Benton Harbor, Michigan.

Princella Tobias: We’re improving and we’re providing solutions from water, pipes, to other things down the road. So when you think about this whole, entire challenge is what I call it, is that it gives us a sense of hope of what what is yet to come, even as we go through this challenge for the city of Benton Harbor and its residents. Thank you.

Stephen Henderson: So for you, what is the daily routine, I guess, look like to make sure that you have water, that you can drink, that you can brush your teeth with, that you can bathe with what? What are you doing to get through this?

Princella Tobias: So, you know, we hear the phrase about a village and about a movement, that is what has happened. Neighbors are helping neighbors. The state has come in to help us. Even the federal government has come in to help us. People that you normally wouldn’t talk to every day is like, Can I help you? Because it’s true we cannot drink our water.

Princella Tobias: So today as I speak, we’re getting used to it because we are survivors. Benton Harbor is resilient, and I hope that is the message that is taken from this conversation throughout the entire nation about how resilient we are. Because think about it, we cannot drink our water and water is a necessity, but it is bringing our community together. It is showing the resilience of this wonderful community and what we’re doing.

Princella Tobias: So it’s not all good. But I’m telling you, I thank God for the solutions that this situation, this challenge is presenting themselves to the residents and the businesses and the stakeholders of Benton Harbor.

Stephen Henderson: Yeah, yeah. So, Mayor Muhammad, you have been trying to, first of all, help the residents there get through this. But also I know trying to attract attention from state and federal authorities and figure out what the short term and the long term solutions are.

Major Marcus Muhammad, City of Benton Harbor: Well, I think that it is important to note what legally, is to be done in 15 years. Gov. Whitmer and her administration have put the funding and resources in place where we can get it done in 18 months. And that’s unprecedented.

Stephen Henderson: Yeah, and that’s the replacement of the lead service lines?

Major Marcus Muhammad: That’s the replacement of the lead service lines. We’re about nine close to 10 percent in that effort, we have the bids out. Our city engineer, city manager and staff are engaging contractors working with the state. We will be able to replace up to 4000 lead service lines.

Major Marcus Muhammad: And I’ve said this before you know, quoting Ecclesiastes 10 and 19, that money answers all things. So, you know, a 30 million dollar bill, is on the table and a city like Benton Harbor, who just climbed out of receivership in 2017. Well, we went back to public… the home. Pardon me, where we now are governing ourselves. And we need the help of the state, we need the help of the federal government, which we have both now and we’re moving forward to remedy and fix the problem.

Stephen Henderson: So I also want to give you a chance to talk about how we got to this, this place and who’s responsible. How much of the work that was done to try to save, quote-unquote Benton Harbor from financial ruin should have been focused, I guess, on this kind of infrastructure. I mean, we had the state running the city twice in the last decade. Why was this problem not found and dealt with then, I guess?

Major Marcus Muhammad: Well, under the Snyder administration, engaging in urban centers, there was a different approach. Where Public Act for, Public Act four three six, where you had the emergency manager who was to come in and pick one more solution.

Major Marcus Muhammad: And our first emergency manager, you probably have learned that he tried to sell the water. And he tried to outsource it, and then he laid off half the staff and fired the director. And the second emergency manager, you know, tried to manage the problem, but you know, it had mounted. So by the time we inherited or received the government back, the water department, a water plant had been neglected for seven years.

Major Marcus Muhammad: So in terms of a lot of the efficiencies that came out and the report from the EPA, as well as from Eagle. But with all that being said, you know, it’s easy to play the blame game. And I’m not in a position as the mayor at this point to go about assigning blame because there’s enough blame to go around for everyone. But again, at the end of the day, it’s money. It costs money to fix problems. And three years ago, we didn’t have the money.

Stephen Henderson: So Regina Strong, this is the same old song in a different place in Michigan. And I think we would be remiss if we didn’t note that this seems to happen certainly more frequently, if not exclusively in communities that are majority African-American. Talk about, from a state perspective, what we’re doing wrong, what we’re getting wrong about clean water.

Regina Strong, Environmental Justice Public Advocate, Michigan Department of Environment, Great Lakes & Energy: Well, first, say, you know, is the environmental justice public advocate for the state, a position that was created in 2019. That’s exactly why my office exists now because there was a realization that communities that had disparate impact of disinvestment and lack of opportunity also had lack of resources as the mayor, you know, reference to address some of the challenges that we as an industrial state, as a state with lead pipes that have been in the ground for 80, 76  years, communities across this part of the country basically have a very old infrastructure.

Regina Strong: Communities have been in more of a position to address that than others, and unfortunately, many of the communities in the lowest and most, I’d say, had the most disparate impact of all of that. Our communities of color, our black communities, our low-income communities across Michigan and across the Midwest and across the country.

Regina Strong: And so having both that focus on environmental justice communities and understanding how you both support the city as it moves forward and support the people, because one of the things that Princella said that is so vitally important is people don’t want to be victimized. They don’t want, you know, for people to say, Oh, poor Benton Harbor.

Regina Strong: What they want to do is be able to live like everybody else, have the resources to do that and have the support to make that happen. And so we know that communities have a lack of resources. It is incumbent upon us as, you know, state partners, federal partners to support communities, you know, because they’re already starting at a point where over time, institutional decisions have put them at a disadvantage.

Regina Strong: So you’re exactly right. That’s why we need to focus. And that’s why my office exists to help us do that from the state perspective.

Stephen Henderson: Yeah. So we don’t have a terrible amount of time left, but I do want to get you a chance to talk about. So we saw this happen in Flint and we reacted and said, we’re going to clean up the lead lines. It’s happened in Benton Harbor and now we’re finding the money for that. Do we have to keep doing it that way where a crisis inspires the investment? Or is there a plan to? I mean, I know we’re talking about replacing lead lines over time. But can we go faster so that we don’t have another crisis?

Regina Strong: So I’m going to flip your question a little bit and say we need to go faster. Right? The challenge with that is resources and investment, to the mayor’s point. We have to be able to invest in communities. We already know these aging infrastructure issues exist. We already know certain communities are going to be at a disadvantage.

Regina Strong: It is about finding the resources and money. I think there is an opportunity right now with a lot of money coming down from the federal government to help communities and not just Benton Harbor. There are other communities across the state who are in similar situations or will be because when we as a state created more stringent rules around identifying lead exceedances, the goal was to be able to address those faster.

Regina Strong: And providing this window of resources and really getting communities to invest is so vitally important so we don’t have to react to crises because we will continue along this route until we’ve gotten rid of all the lead service lines until we’ve invested in water systems. I mean, there are thousands across the state of Michigan of water systems.

Regina Strong: They’re, they’re everywhere, and all of them have aging infrastructure, and some have been able to address them. So we should not be in crisis mode. We should be in a proactive mode. And you know, that’s what the administration is really pushing for the investment to be able to support communities and that work because some of it has to happen at the local level where the community has resources or not to do that. And so we’re looking for ways to make that happen. 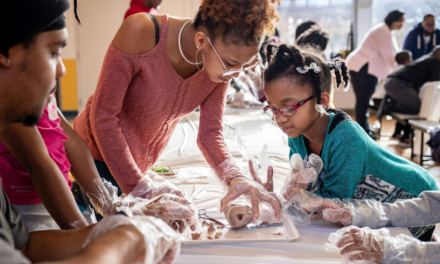 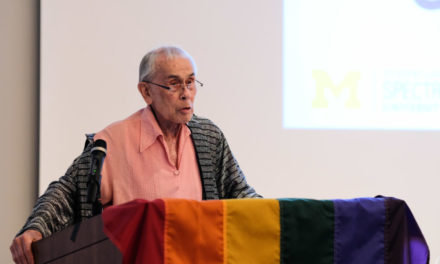 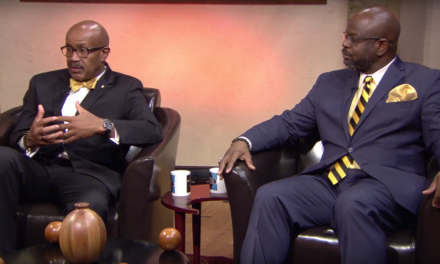 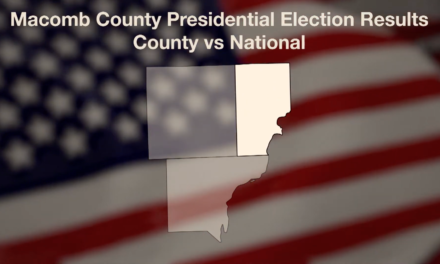