Watch On-Demand through July 19, or on Passport any time.

On a hot summer night in Detroit in 1982, Ronald Ebens, an autoworker, killed Vincent Chin, a young Chinese American engineer, with a baseball bat. Although he confessed, he never spent a day in prison.

This gripping Academy Award-nominated film relentlessly probes the implications of the murder, for the families of those involved, and for the American justice system.

“This year marks the 40th anniversary of the racially motivated murder of Vincent Chin, a Chinese American, murdered by two white men, Ronald Ebens and Michael Nitz, in Detroit, Michigan on June 19, 1982. The documentary, which originally aired on POV in July 1989, details the incident from initial eye-witness accounts, the ensuing murder trials to the lenient sentences the assailants received, and the repercussions for the families and community involved. “Who Killed Vincent Chin?” also chronicles how the case brought the disparate Asian American communities of Detroit together for the first time, and how they transformed themselves from a grassroots advocacy group into a national movement.”

Nearly 40 years after the racially motivated murder of Chinese American Vincent Chin in Detroit, which sparked the modern Asian

American civil rights movement, the hate crime is being seen in a new light alongside a more recent rise in anti-Asian hate across the country; one that looks similar to Chin’s case, but some experts say is much worse. Back in 1982, when Vincent Chin was murdered by two autoworkers, a wave of anti-Asian sentiment swept over Detroit and the nation as it was mired in recession and Detroit automakers were losing market share to Japanese car company Toyota. Today, the murder of Vincent Chin resonates with a new wave of anti-Asian hate, heard through rhetoric around the COVID-19 pandemic and seen in the tragic Atlanta spa shootings and other racially motivated killings that have targeted Asian Americans. One Detroit Senior Producer Bill Kubota explores how Vincent Chin’s legacy has shaped a new wave of Asian American civil rights activists. Plus, he explores how Vincent Chin’s story is being used as a vehicle to educate K-12 students about Asian American history.

It was June 19, 1982, when Chinese American Detroiter Vincent Chin was brutally beaten to death with a baseball bat outside of a nightclub in Highland Park.

The tragedy struck at a time when Detroit automakers were struggling economically due to the rise in sales of Japanese-imported cars, and was fueled by a rise in anti-Asian sentiment. While the two white men involved in Vincent Chin’s murder were auto workers, though ultimately they served no prison time. All this culminated in a wave of new Asian American civil rights groups across the country, demanding justice for Chin and equality for the Asian American population. 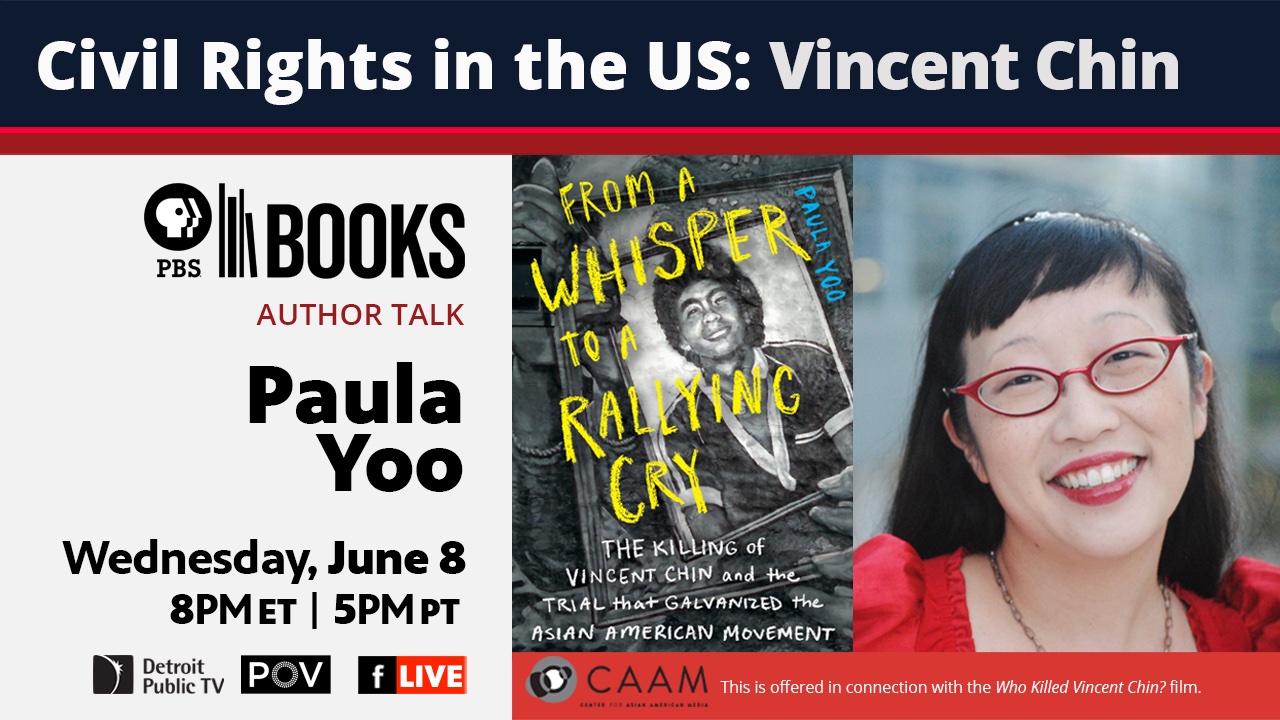 In commemoration of the 40th anniversary of Vincent Chin, PBS Books interviewed award-winning author Paula Yoo, author of “From A WHISPER TO A RALLYING CRY: The Killing of Vincent Chin and the Trial that Galvanized the Asian American Movement”.  It is a groundbreaking portrait of Vincent Chin and the case that took America’s Asian American community to the streets in protest of injustice.  Yoo was interviewed by Zosette Guir, Manager of Detroit Public TV’s One Detroit initiative.

While Paula Yoo’s book was written for a YA audience after significant research, it has captivated audiences of all ages. She has crafted a suspenseful, nuanced, and authoritative portrait of a pivotal moment in Civil Rights history. In this current climate of civil unrest and a country confronting a history of deeply rooted systemic racism, the story of Vincent Chin is as important now as ever. Asian American history is often overlooked and undertaught in schools, and Vincent Chin’s name remains relatively unknown despite making national and international headlines at the time. Now, almost 40 years later, it’s time to remember Vincent Chin and the significant role his case played in American history. 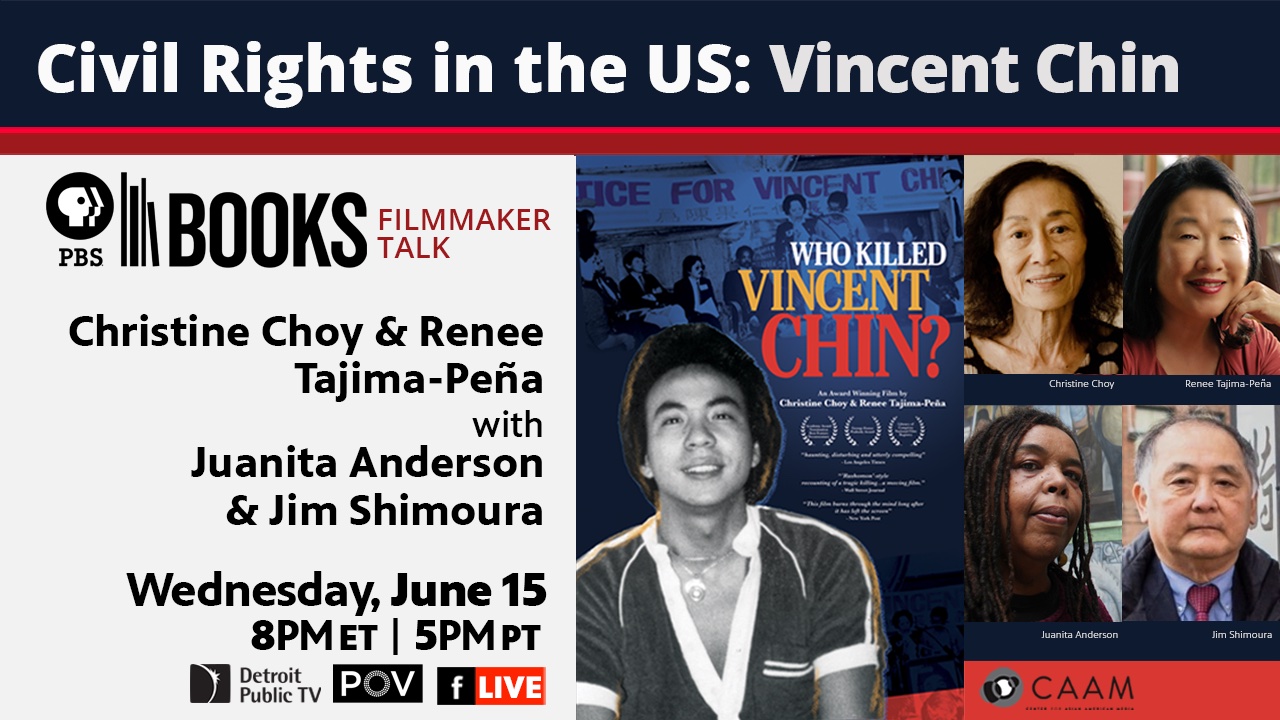 In commemoration of the 40th anniversary of the death of Vincent Chin, PBS Books, in collaboration with DPTV, hosted an important conversation about “Who Killed Vincent Chin?” with filmmakers Christine Choy and Renee Tajima-Peña, along with executive producer Professor Juanita Anderson and attorney/activist Jim Shimoura. The conversation will be moderated by Bill Kubota, a Senior Producer at Detroit Public Television’s One Detroit.

Join us to understand more about the process of creating this incredible documentary film, the challenges and obstacles the filmmakers needed to overcome, and the importance of the film. In addition, you can expect to learn about the film’s relevancy in today’s climate; the role of this documentary film in Asian American and Pacific Islander history, and the activism from the 1980s to today.  Given recent Asian American discrimination and hate crimes in the last few years, we encourage a broad audience to join this program to learn about this important documentary film 40 years later. 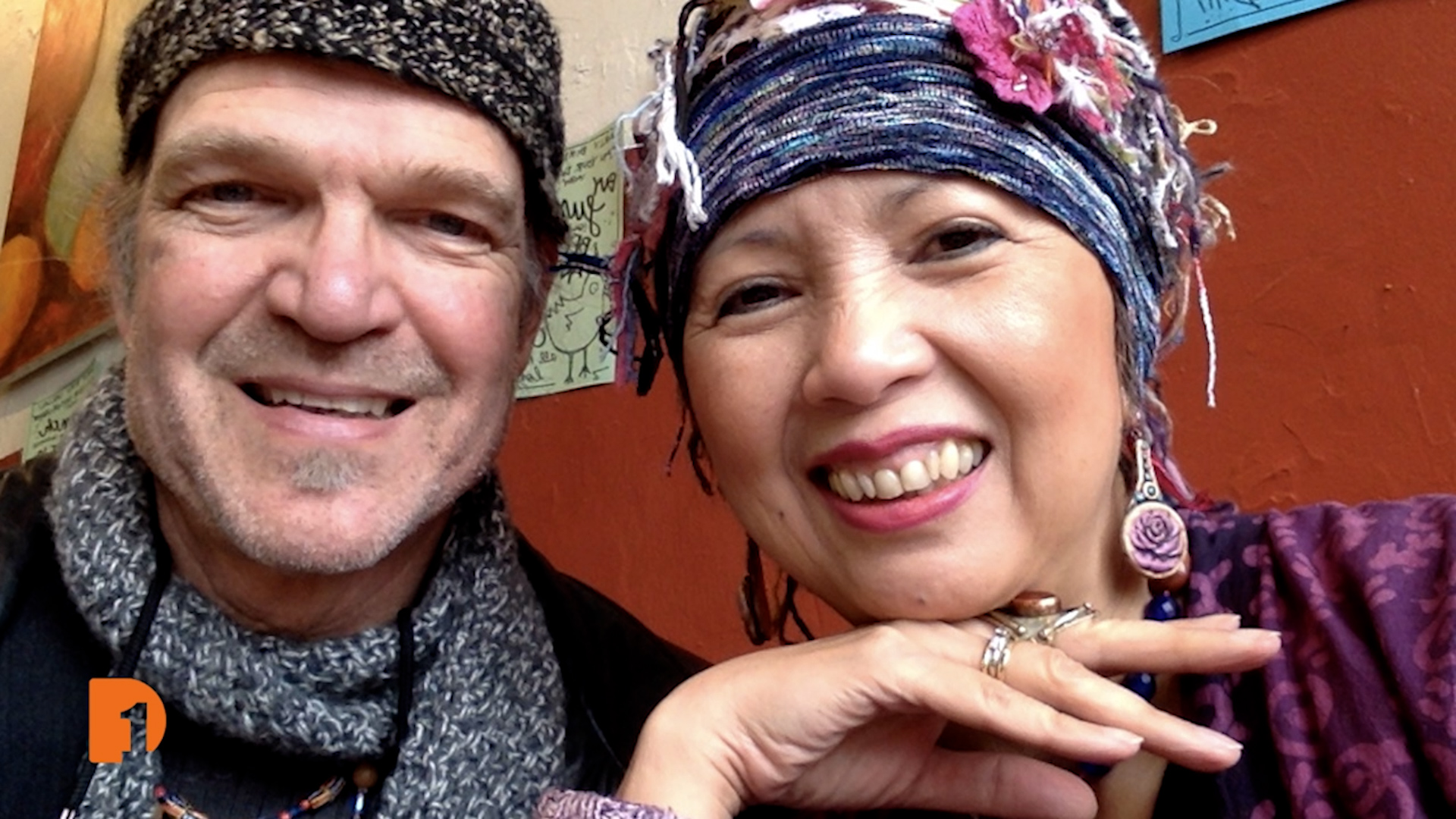 Within 24 hours of meeting at a conference, Lily Mendoza and Jim Perkinson knew they had found their life partner. Since getting married in 2004, they have built a rich and full life together as activists and educators who challenge their students to think more deeply about race relations and to share their personal stories while navigating the complexities of their relationship 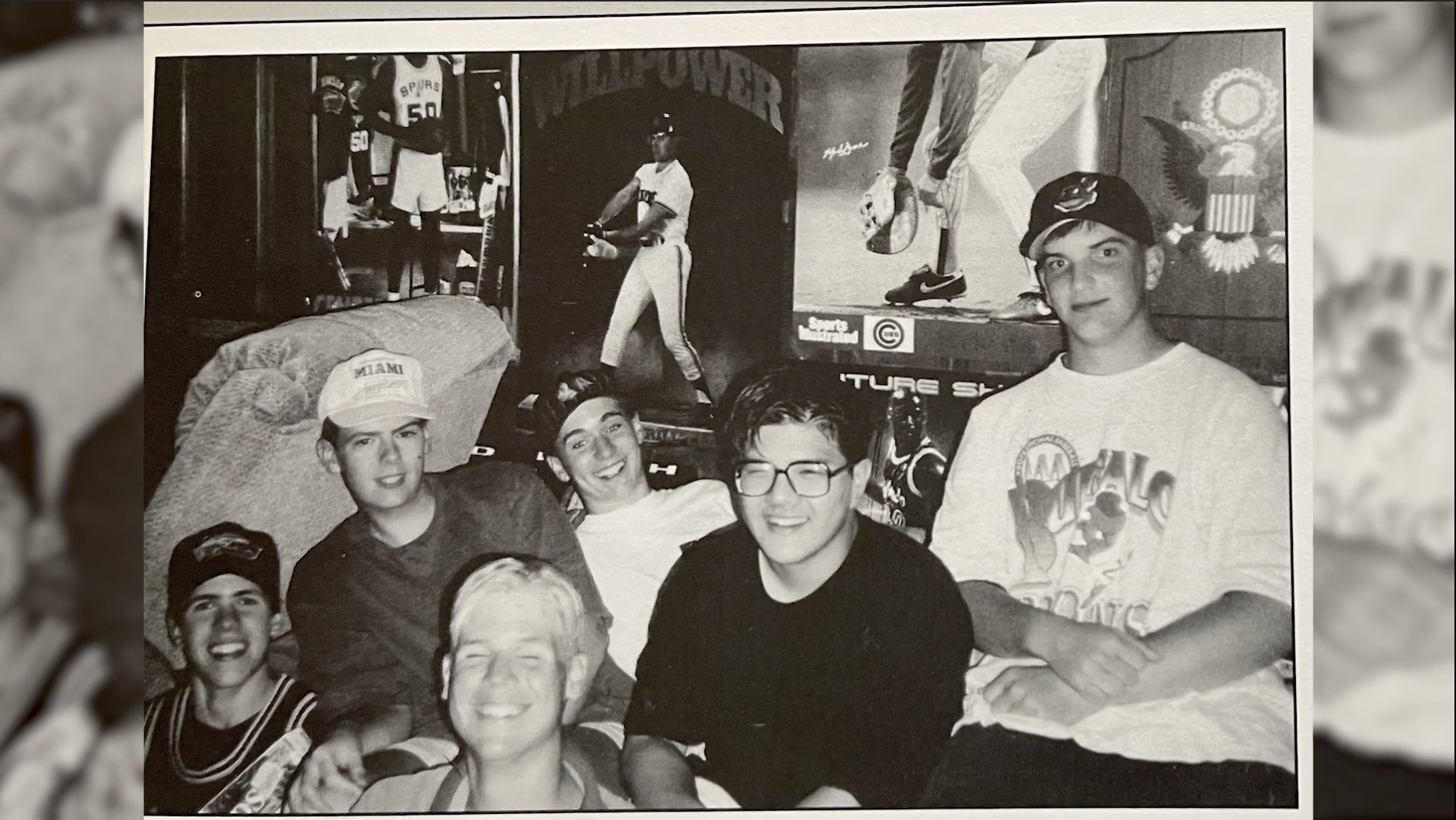 For One Detroit and WDET’s AAPI Story Series, Taiwanese and Chinese American Chien-An Yuan and his friend John Eaton share their reactions to the George Floyd murder and reflect on their shared and divergent experiences growing up in their homogenous Ohio suburb. Plus, the two discuss how their friendship has grown deeper over the last three decades. 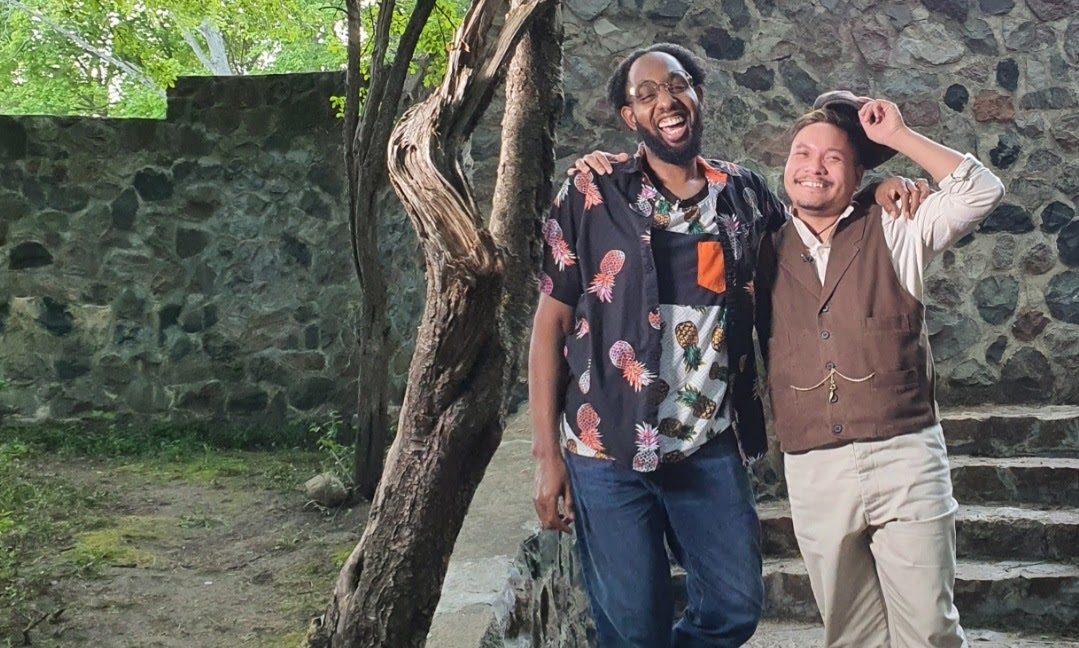 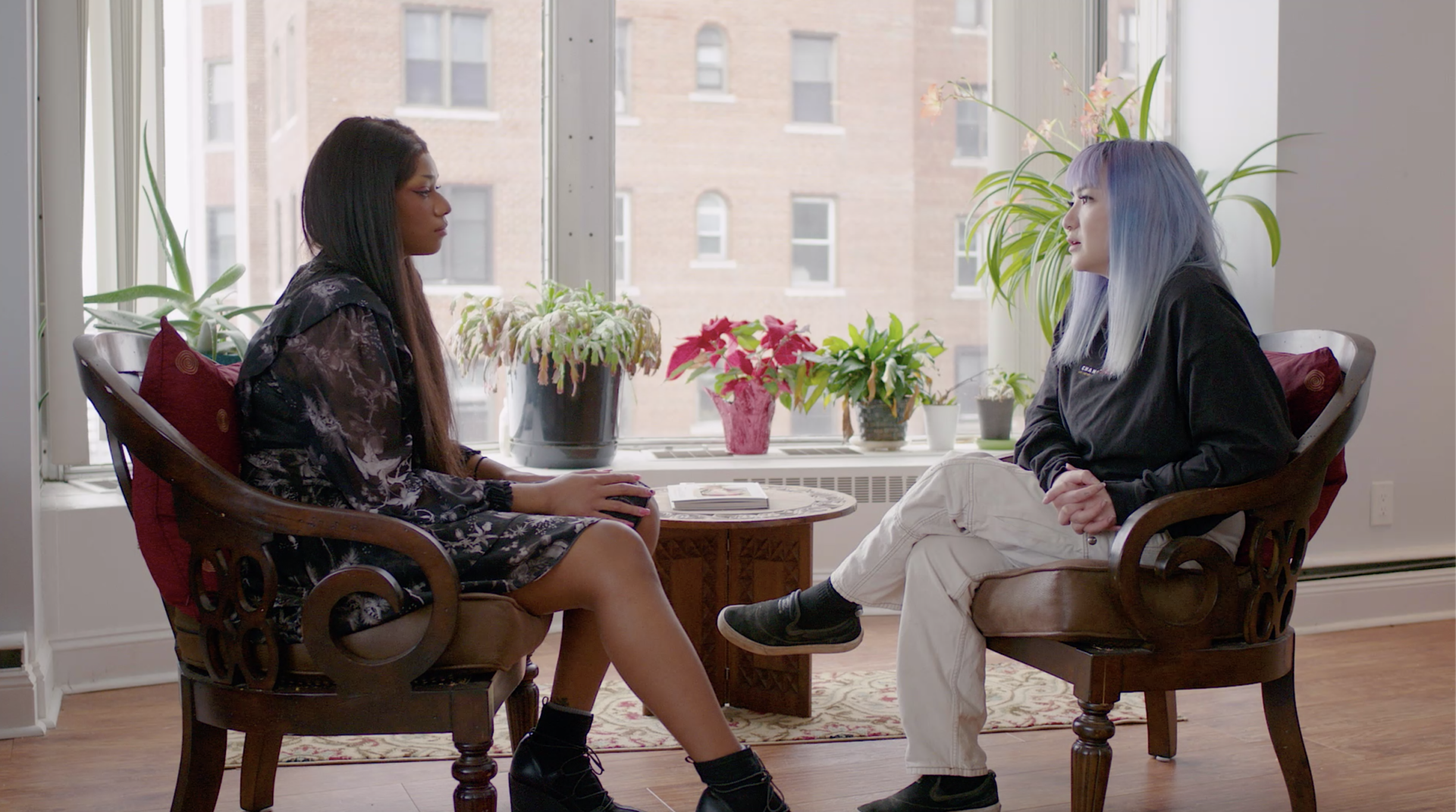 One year after the Atlanta spa shooting, One Detroit and WDET sit down with Whenever We’re Needed to reflect on the first rally they held and the impact they’ve had on the community since the Stop Asian Hate movement began. Plus, they express what it means to be creating and carrying on a legacy of activism together. 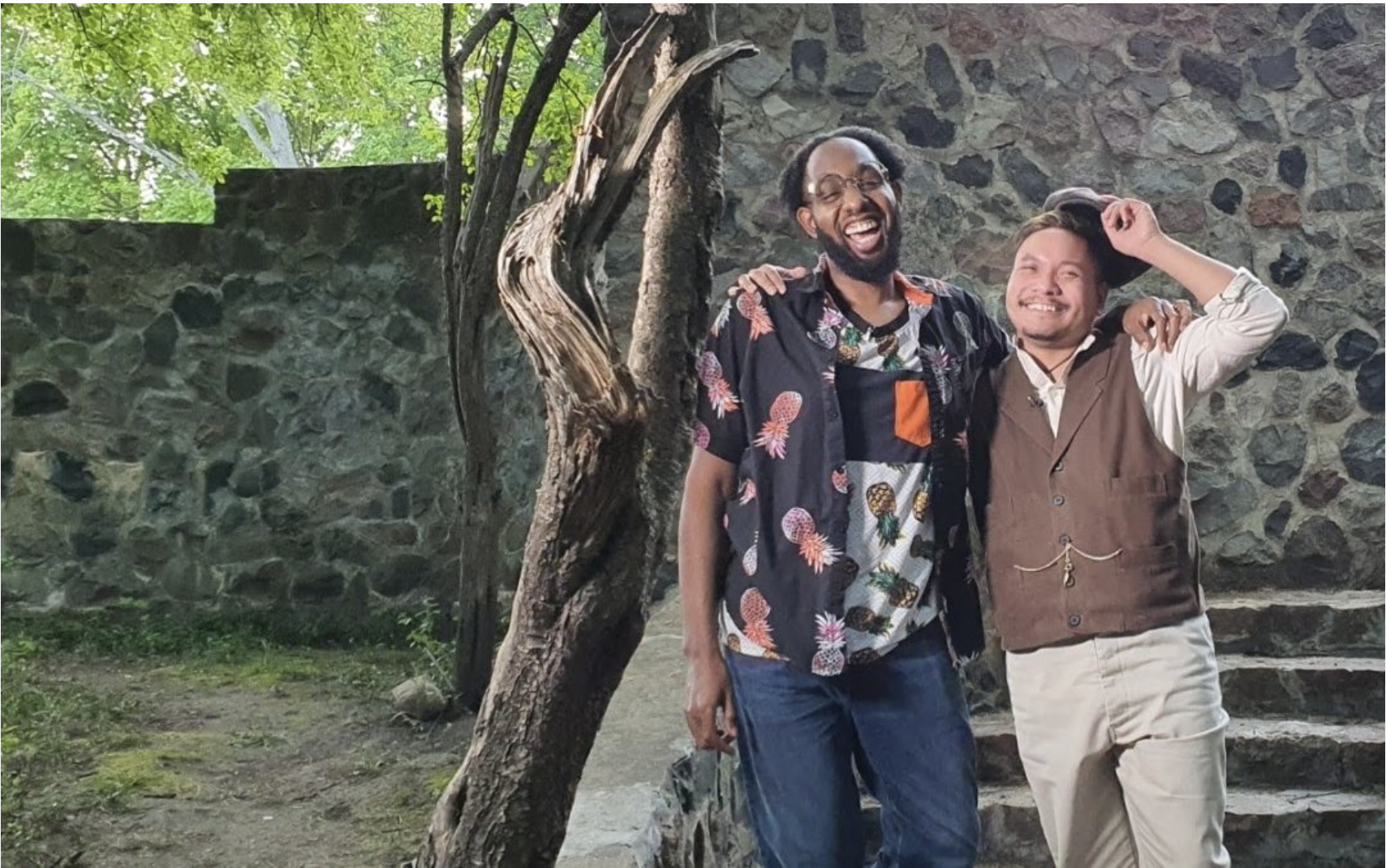 AAPI Story Series: In May 2020, DPTV convened an advisory group with those from the AAPI...
Read More 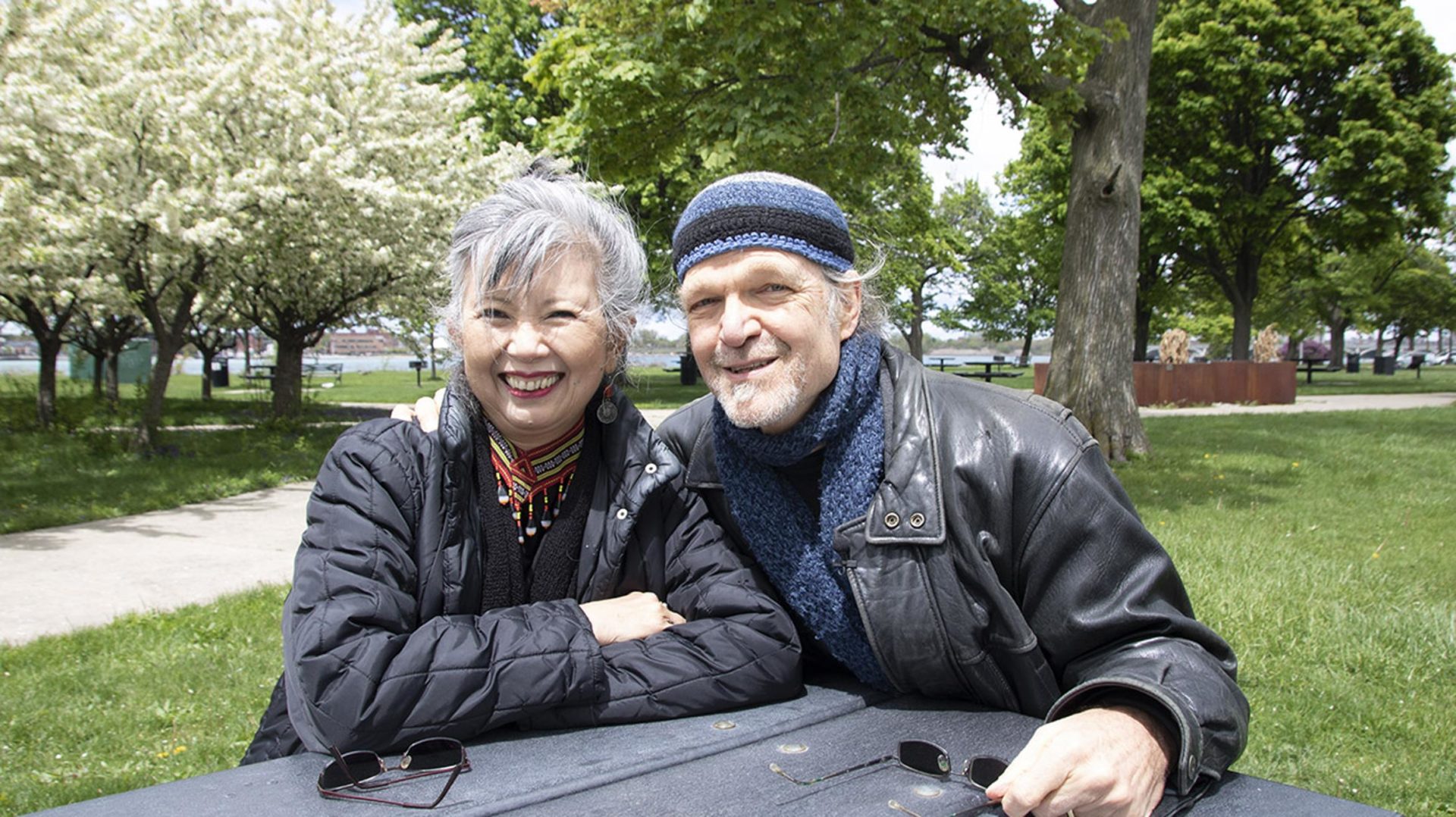 From our partners at WDET, as part of our joint AAPI Stories project: Lily Mendoza and Jim Perkinson reflect on their relationship, their educational careers and dedication to social justice and how Jim had to learn how to eat like a Filipino. 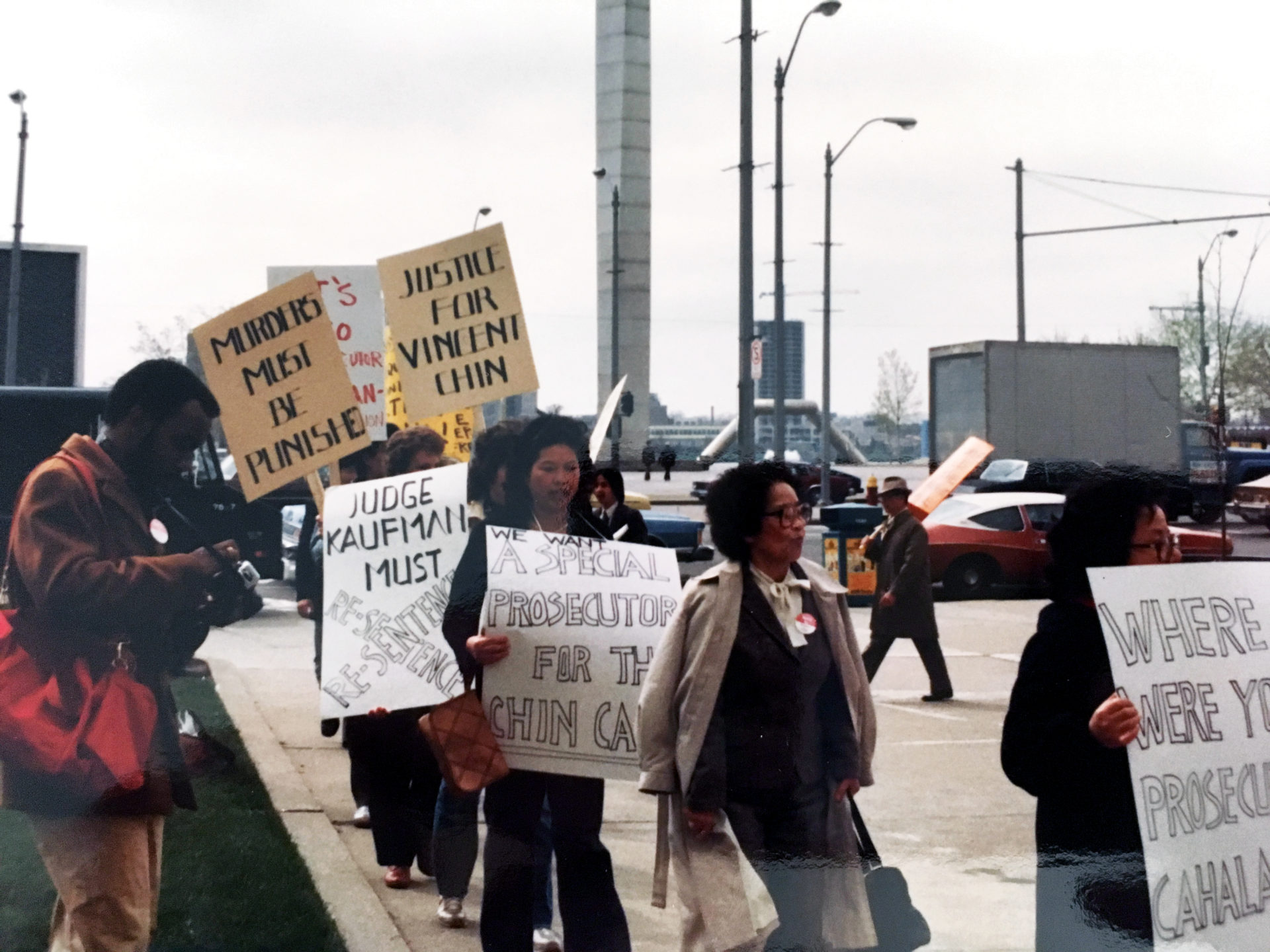 Forty years after Chinese American draftsman Vincent Chin was brutally murdered outside a nightclub in Highland Park in 1982, activists from Detroit and across the nation continue to work to keep Chin’s legacy from fading in the midst of new waves of anti-Asian hate seen today. 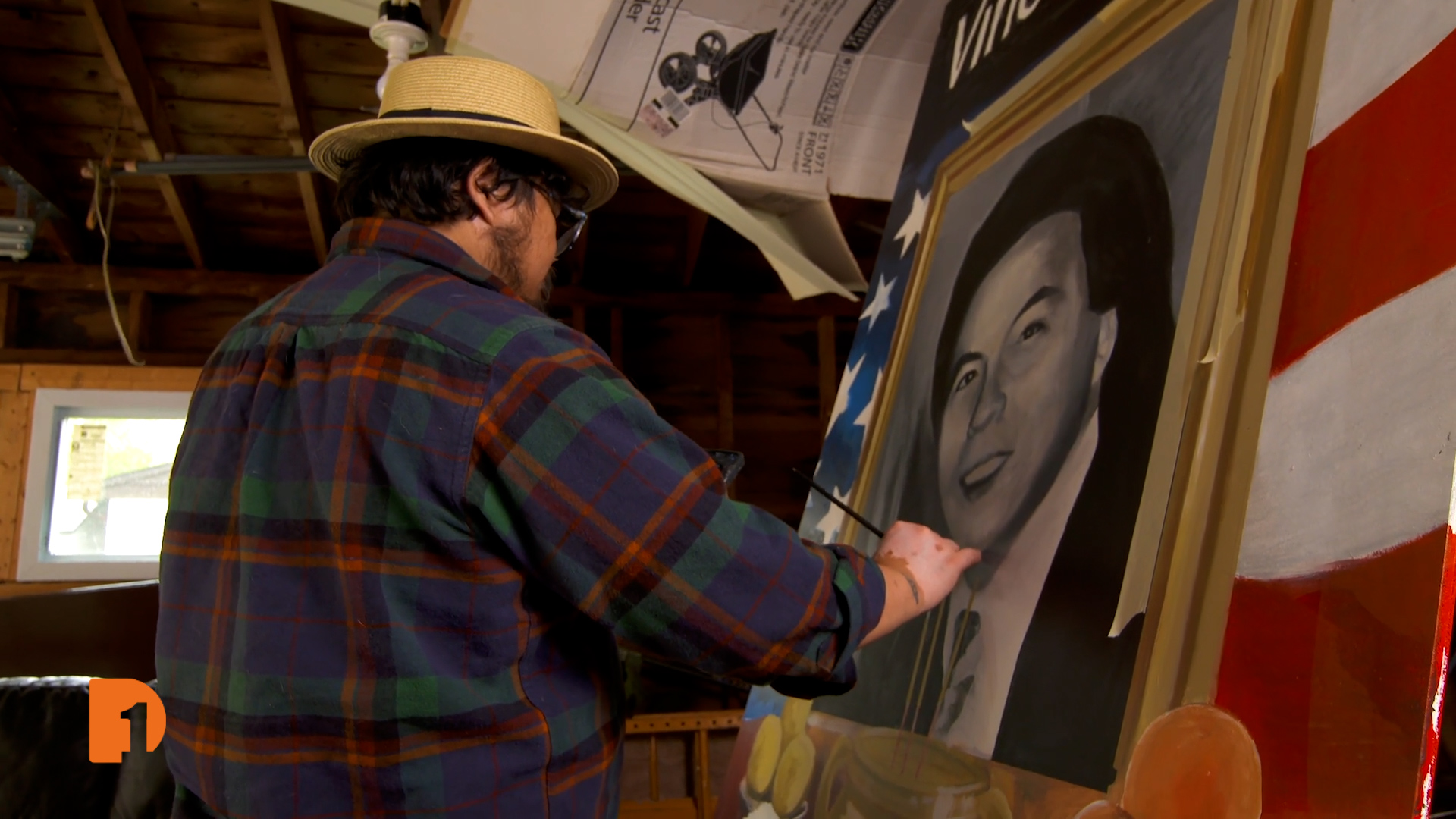 One Detroit’s Senior Producer Bill Kubota talks with artist Anthony Lee about the meaning behind his new Vincent Chin mural and the significance of its placement in Detroit’s former Chinatown. Plus, Kubota visits Art Buddies, a budding Asian American artist collective in Southwest Detroit. 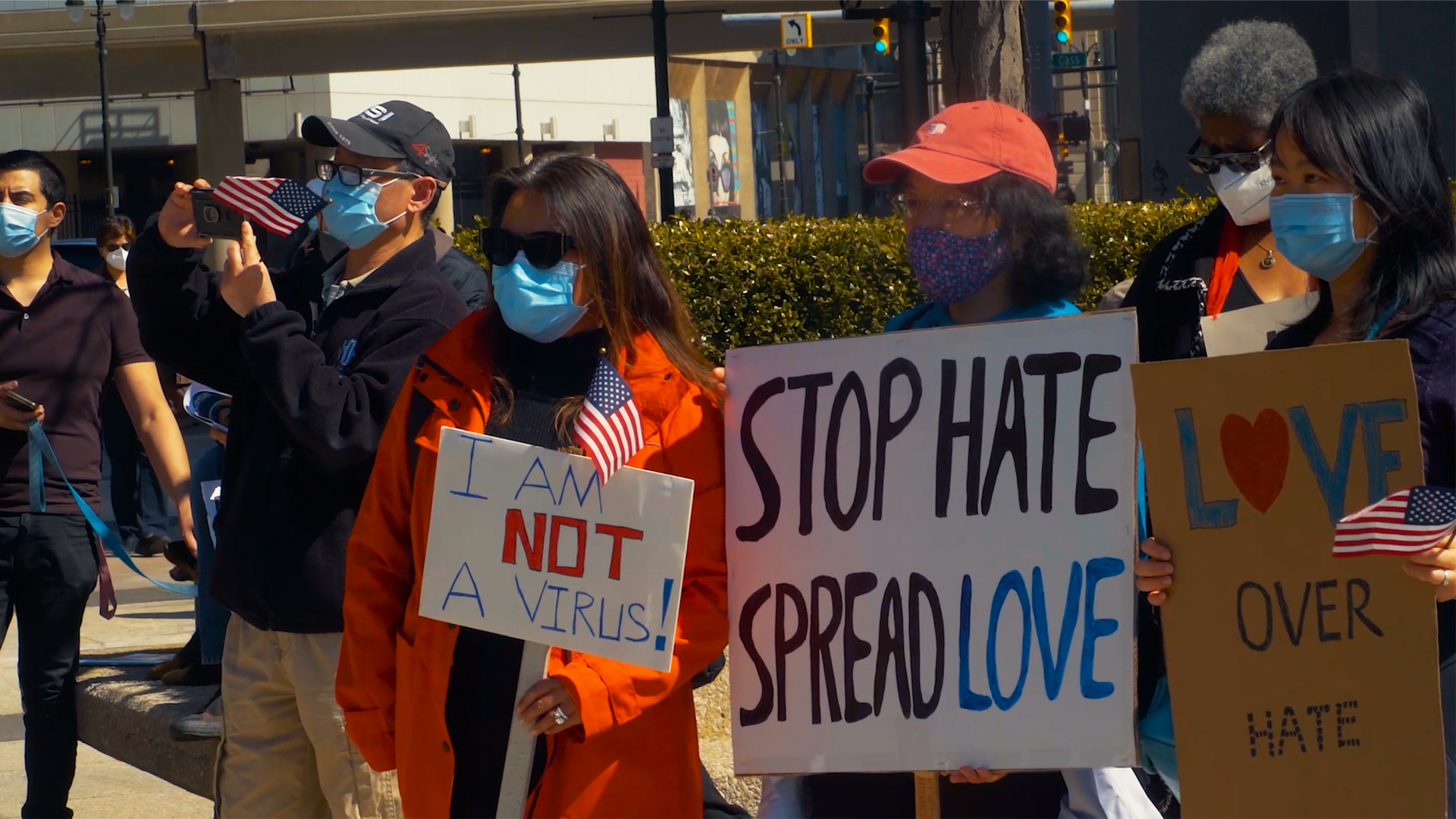 Nearly 40 years after the racially motivated murder of Chinese American Vincent Chin in Detroit, the hate crime is being seen in a new light alongside a more recent rise in anti-Asian hate across the country; one that looks similar to Chin’s case, but some experts say is much worse. One Detroit’s Bill Kubota explores how Vincent Chin’s legacy shaped Asian American civil rights activists today.

Nearly four decades after the documentary “Who Killed Vincent Chin?” premiered, the filmmakers Christine Choy and Renee Tajima-Peña, alongside Detroit Public TV’s Juanita Anderson, join Detroit-area filmmaker Chien-An Yuan to talk about the making of the documentary, the civil rights movement they covered in real-time, and the significance the film still holds nearly today. 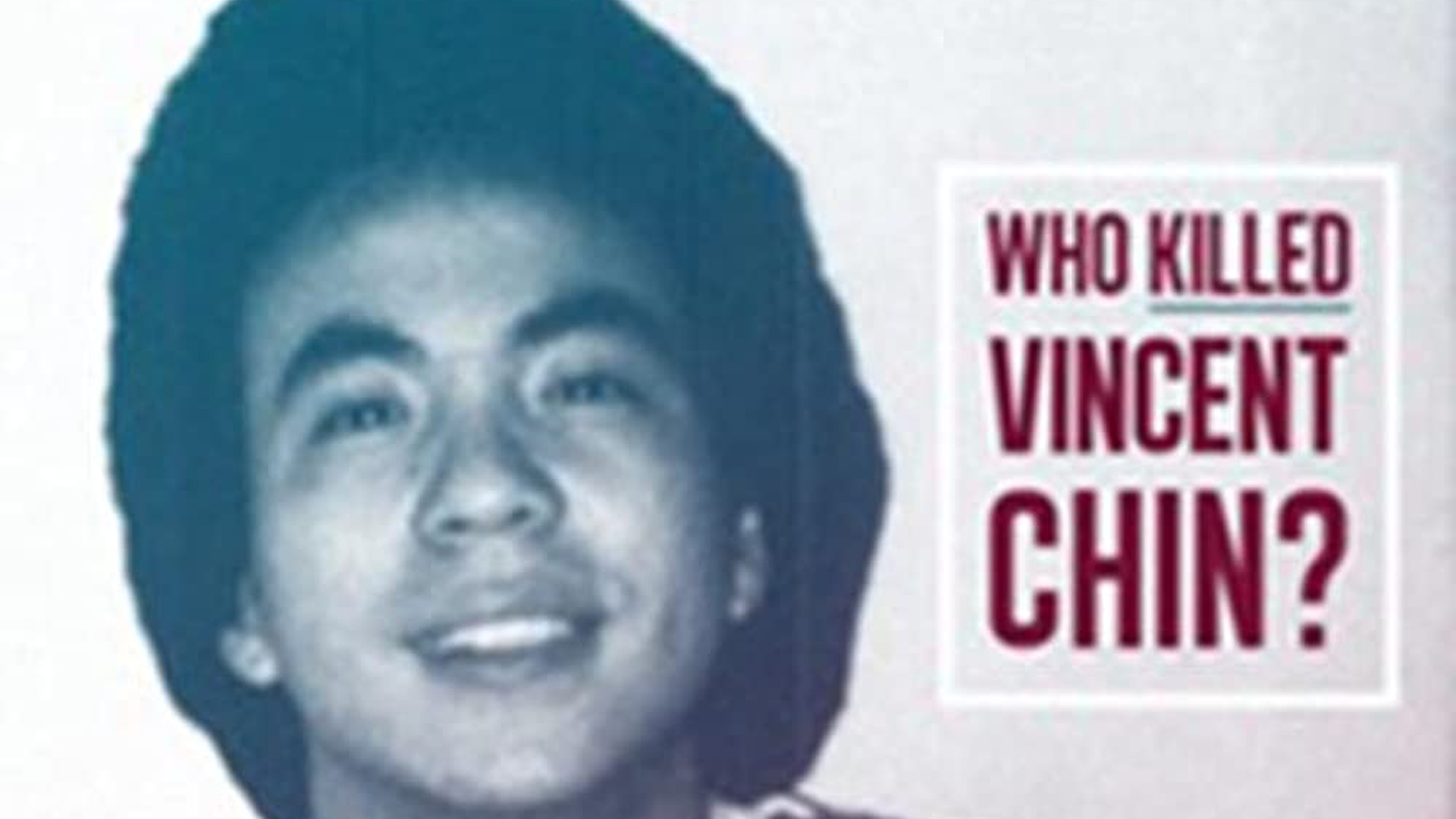 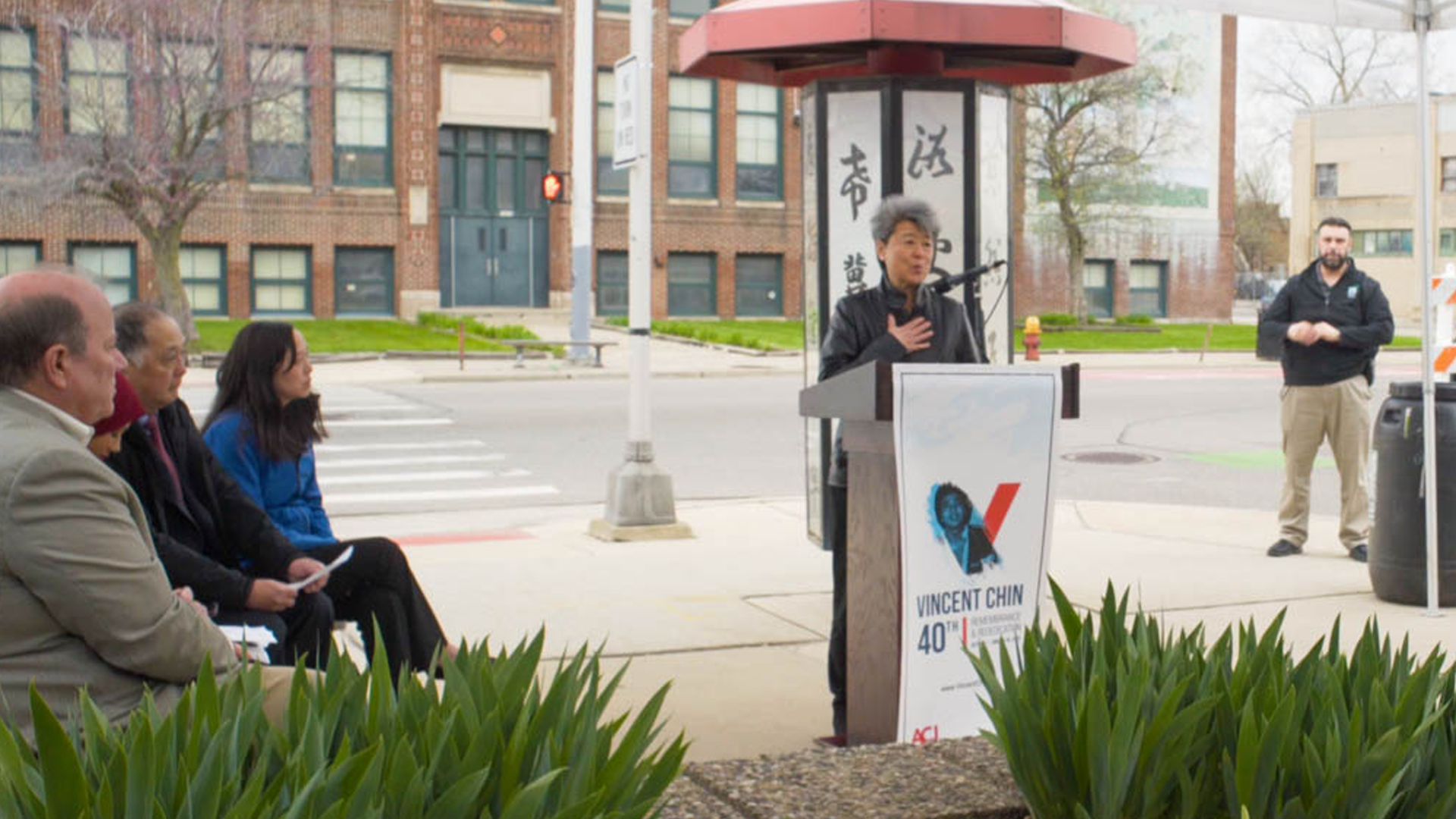 One Detroit’s Bill Kubota takes viewers to Detroit’s former Chinatown on Cass Avenue for an announcement from the City of Detroit, Detroit Public Television and other community partners about the four-day Vincent Chin 40th Remembrance & Rededication. Leaders recount the tragic history of Vincent Chin’s murder and the importance of the event as the AAPI community continues to fight for equality. 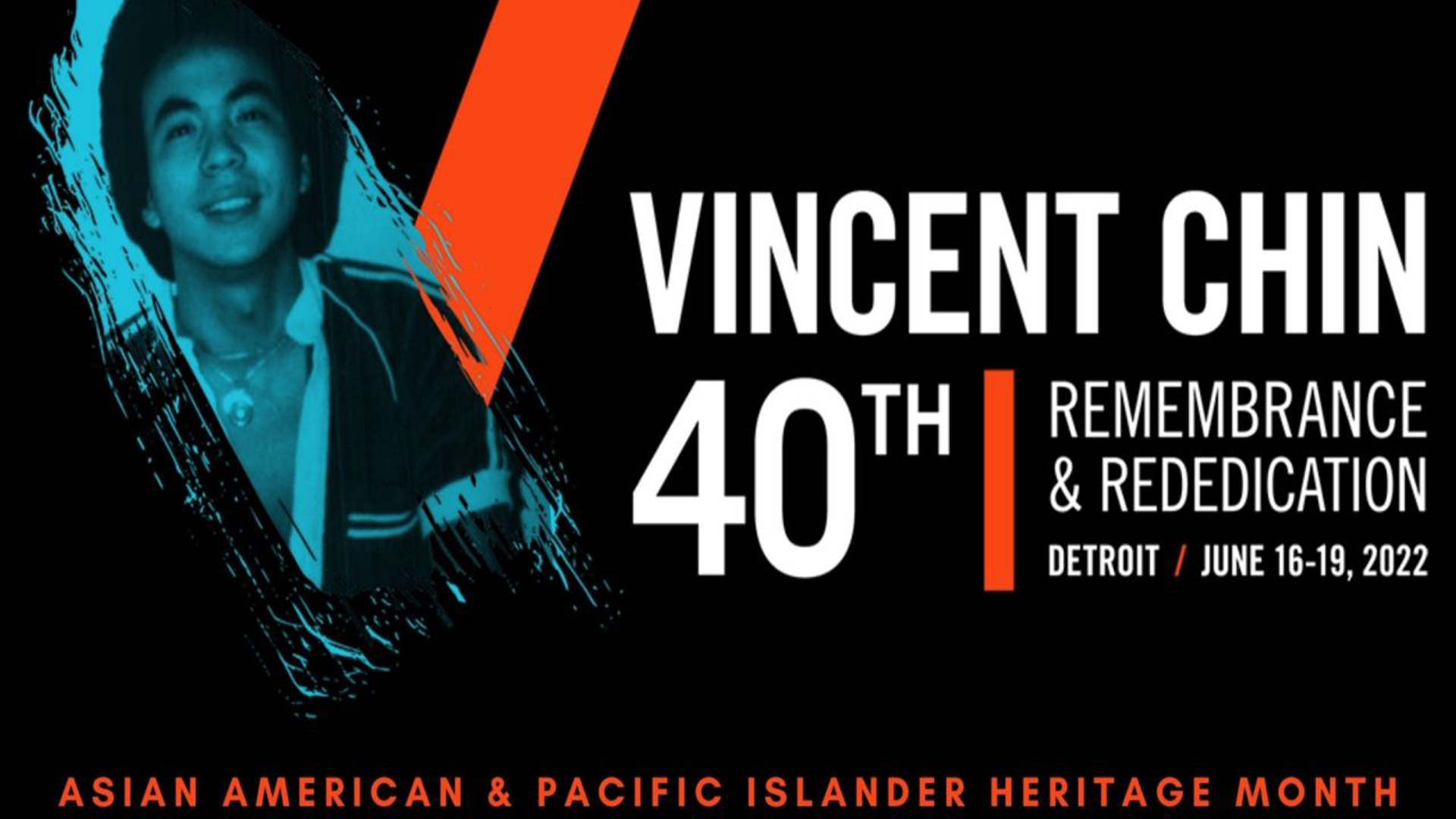 One year after the Atlanta spa shooting, One Detroit and WDET sit down with Whenever We’re Needed to reflect on the first rally they held and the impact they’ve had on the community since the Stop Asian Hate movement began. Plus, they express what it means to be creating and carrying on a legacy of activism together.

Forty years after the murder of Vincent Chin and the subsequent miscarriage of justice launched the Asian American Civil Rights Movement, a coalition of national and local groups plans a four-day commemoration in Detroit featuring national conversation on democracy, racial justice and Asian American civil rights. 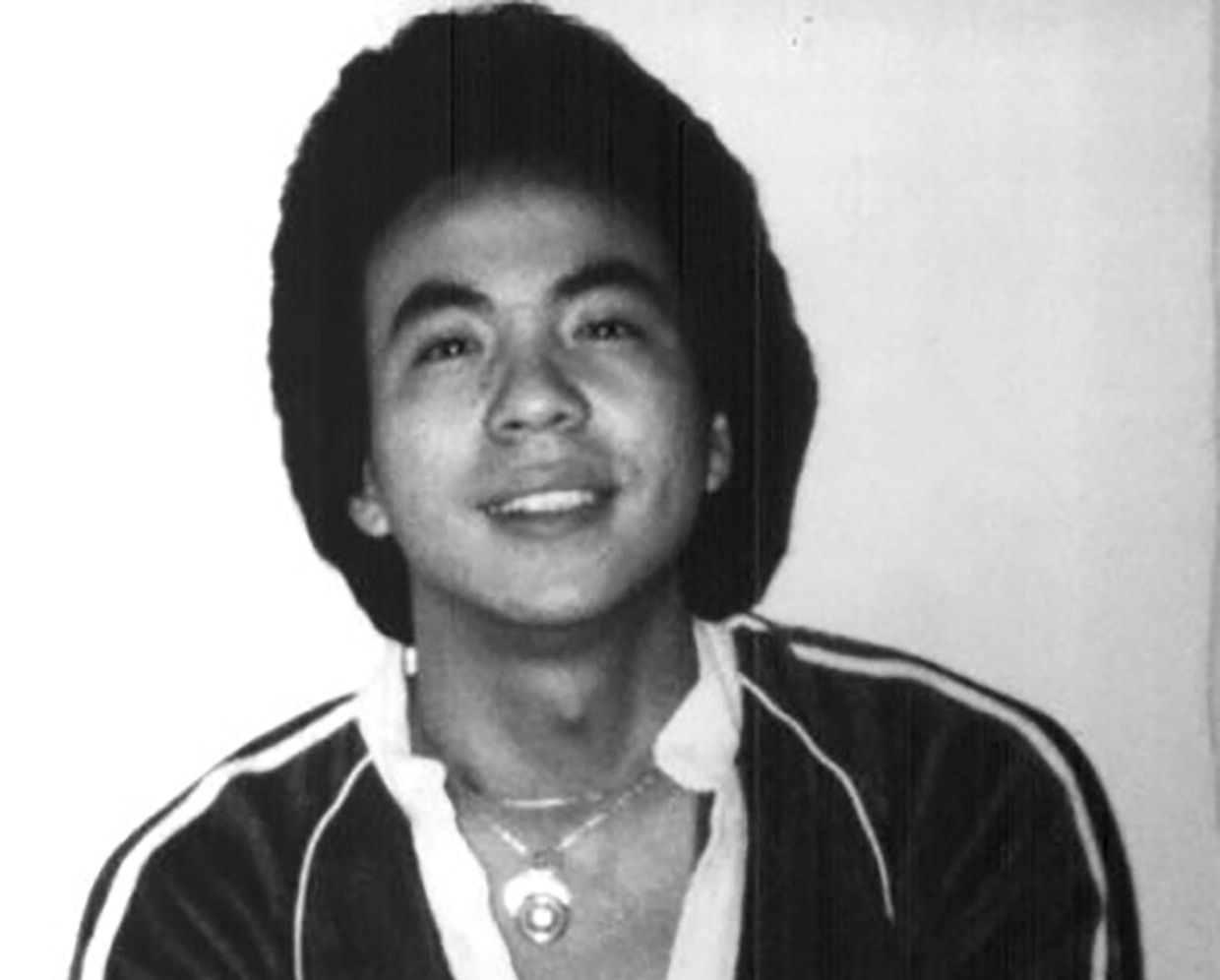 The Detroit Public Television-produced 1987 documentary “Who Killed Vincent Chin?” received the ultimate honor this week when it was inducted into the Library of Congress’ National Film Registry and named one of the 25 most influential films this year. The documentary focuses on the brutal murder of 27-year-old Detroiter Vincent Chin in 1982, and the galvanizing effects it had to springboard the Asian American community into political action. 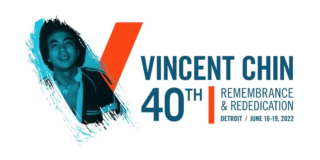 The following series of events and activities were organized in partnership between the American Citizens for Justice, the Vincent and Lily Chin Estate, Detroit Public Television (DPTV), Center for Asian American Media (CAAM), and City of Detroit Arts, Culture and Entrepreneurship (ACE) department, as part of the Vincent Chin 40th Remembrance and Rededication Event:

Support for this Program was provided by: