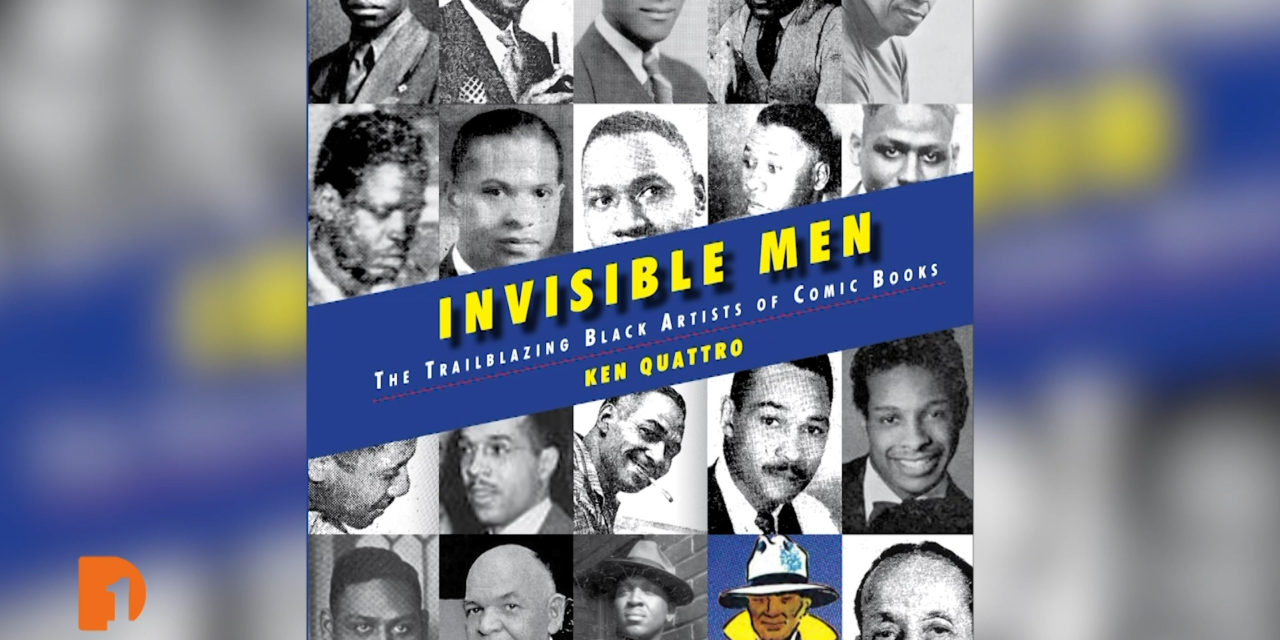 One Detroit’s Will Glover sat down with Ken Quattro for a conversation about his book “Invisible Men: The Trailblazing Black Artists of Comic Books,” which takes a candid look at the history of the comic book industry and the racial disparity embedded into its story. “Invisible Men,” Quattro says, tell the story of the human experience and the resilience of the human spirit.

Will Glover: So with this book, The Invisible Men, you set out on a journey that A, took a while and B, I’m assuming you found out some things that you may or may not have been expecting. So let’s start with Mr. Samuel Joyner. Could you tell us a little bit about who he is and how he helped you get started down this road?

Ken Quattro, Author, “Invisible Men”: I’ve been writing about comics and comic books for probably going on 50 years. Back to the early 70s. So I’ve been doing this a long time. I’ve written many articles and stuff, and I was going to be writing about a particular artist named Matt Baker. Any research I could find on any articles, any reference to it all, only came up with two things.

Ken Quattro: That Mr. Baker died young. He died when he was 37. And he was black. And at the time, 20 years ago, a lot of people considered him the only black comic book artist of all time back in the 1940s and 50s, which to me seemed really odd. You know, just in statistically, that didn’t make sense to me.

Ken Quattro: So for years, I was trying to track down information about Matt Baker. And I kept asking everyone. Finally, I came across somebody who just casually mentioned, have you spoken with Mr. Samuel Joyner who was a retired black cartoonist from Philadelphia. He’d done most of his work for the Philadelphia Tribune.

Ken Quattro: Well, Mr. Joyner wrote me this beautiful four-page letter detailed letter, talking about meeting not only Matt Baker, but he met E. Simms Campbell. He met Ted Shearer and these different artists, Jay Jackson. And I’m going like, what? Wait a minute. I mean, who are these people? You know, like some of the names, were vaguely familiar, but nobody that I ever come across ever actually physically met these people.

Ken Quattro: Not only did he write me this letter but he included clippings, newspaper clippings and photocopies of articles. And it was like a starting point for me and saying like, Oh okay, I will start researching some of these men. Well Will, I start the lone places where I would start my research being in newspaper archives.

Ken Quattro: There was nothing, you know, and this is something I’ve done for years. And so I knew, you know, I was, you know, I looked at my regular sources but couldn’t find anything. It dawned on me. I said, Well, what about black newspapers? Well, unfortunately, very few libraries carried black newspaper archives. They were considered disposable.

Ken Quattro: And which was unusual because most comic book artists of the 1930s and 40s were self-taught white guys from New York. You know, they couldn’t find a job and they were the lowest, it was the lowest rung of commercial art.

Ken Quattro: Well, that’s that’s why with this book too if you know each word of profiles, I talk about not just a man in his career, but the entire history of a man. Sometimes I go back generations. So you get an idea of where these people came from. It’s not just a snapshot of a year or two of time.

Ken Quattro: We have a tendency in life to look at people in microcosm, say, like, Oh, they did this for, you know, this is what he was. He was an artist for two or three years on comic books. Like Elmer Stoner is a perfect example. Elmer Stoner was an established, classically trained, fine artist of the Harlem Renaissance in the 1920s. Established artist.

Ken Quattro: He became a commercial artist. He’s one of the very few blacks to break over into the white media. He worked almost exclusively in white media, but in comic books he was. He was basically ignored. He was, he wasn’t a real, flashy artist or anything like that. And what it was is a lot of these guys put a lot of effort into comic book art.

Ken Quattro: It was a way to put food on the table, and that’s the truth, Will. It really was. I mean, a lot of have like. You know, we need a comic book story, you know, eight pages long. How quickly can you get it to me? I’ll get you in two days, Okay? As an artist, I can tell you that’s almost impossible if you really you put in a lot of work into it.

Ken Quattro: You know, so you will not seeing, you know, the best of these men. But we have a tendency in our society to look at just the tiniest part of a person’s life and not look at the entirety of life. You know, we define people in the most narrow ways. And what I do again with this book is trying to give a wider view of a person’s life.

Will Glover: So that said, where can people go if they want to get their hands on a copy of The Invisible Men?

Ken Quattro: I’m glad you asked. It’s literally everywhere, but you can go on Amazon. It’s sold through a couple of times already. I also prefer people go to their local comic book shop. Probably help some of these guys out because a lot of them are having tough time right now.

Ken Quattro: And like I say, I think it speaks to a lot of people. You know, it shows the human experience, you know, of what so many people have experienced. Like I said, these men are inspirational. You know, and I don’t care who you are. You should be inspired by their stories. 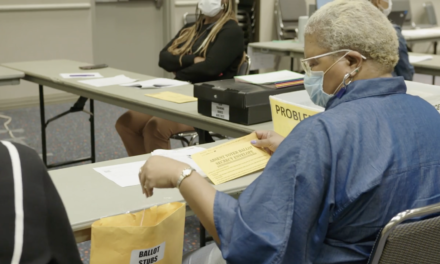 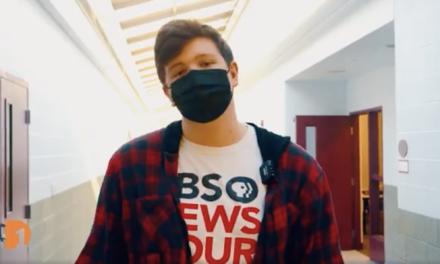 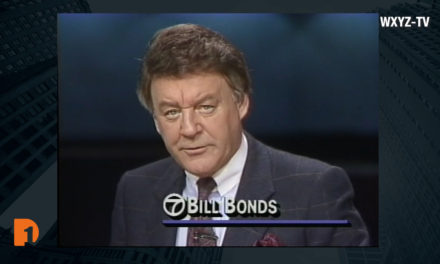 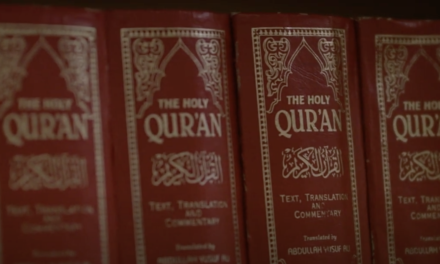