Music has a way of helping people connect with each other, and also with themselves. At Kadima, a mental health services center for people dealing with persistent mental health challenges who need help living independently in the community, its Creative Expressions program has given clients the opportunity to blend music and arts with their treatment goals.

The Detroit Symphony Orchestra (DSO) has partnered with Kadima to teach group music classes where clients learn beginner and intermediate music skills, as well as how to play along to their favorite songs. One Detroit Arts & Culture Producer Sarah Smith takes viewers behind the scenes of the center’s music therapy classes with the DSO for a look at the benefits of music therapy.

She talks with Kadima Executive Director Eric Adelman, client Michael Offen, and Shannon Orme, the bass clarinetist for the DSO, about how music and creative arts can help clients through healing, and how the program is helping to break down stigmas around mental health treatment.

Eric Adelman, Executive Director, Kadima Mental Health Services: There are people with gifts and talents and struggles like all of us have.

Shannon Orme: They’re some of the most eager students I’ve ever seen; ever worked with, which really makes it enjoyable.

Michael Offen: I needed help. My mom got me to come here and it’s helped me that they’ve had a lot of activities. So I get out more, talking with people, socializing.

Eric Adelman: Kadima serves people who are struggling with typically chronic and persistent mental health challenges, who need support to be able to live independently in the community.

Eric Adelman: Kadima’s Creative Expressions program was started to provide the people we serve with opportunities to experience the arts and then to have that integrated with their formal treatment goals. Studies go back years showing the benefit of participating in arts programming for people with mental health challenges. We were introduced to a number of arts organizations, including the Detroit Symphony Orchestra, that come and work with the people we serve.

Shannon Orme: Music is important for therapy because it helps people get in touch with their emotions.

Shannon Orme: We need to really feel in our lives in order to get better and music just kind of helps that come out in a really honest way.

Michael Offen: Members of the DSO, they come to us and they interact. We play music together.

Michael Offen: I sing songs and I enjoy doing that.

Eric Adelman: Many people with mental health challenges are exceedingly creative. And so we have a number of very talented singers and flutists and violin players and trombonists and clarinetists and piano players and more.

Michael Offen: For me, it’s great to have a place to come sing. We’ve been singing “Hit the Road, Jack,” Ray Charles. And it’s just a lot of fun.

Shannon Orme: So remember the two fingers on the right hand.

Eric Adelman: The DSO musicians spend time working on pieces that our clients are interested in working on and learning more about.

Eric Adelman: And then for some of our other folks who don’t have a history of playing instruments, there was a music therapist who worked with them on some other skills that were integrated into their treatment plans. The music therapy piece isn’t to be discounted. For some of the people we serve, just engaging with a group in a group activity and learning some basic music skills or some more advanced music skills is a great way for them to be engaged in the project as well. So many of the people that we serve have been discounted through their whole lives, have had it. So people don’t believe in them or see the potential that they have. And what’s been so wonderful about the musicians who are with us is they really see the potential there.

Shannon Orme: They’re just smiling the whole time when they’re engaged and they’re doing something they really love to do. They’re experiencing something new. And we try to plan the session so that everyone can be involved.

Michael Offen: And we’re doing a song then we lead sometimes. Like last time we had a lot of fun on Hit the Road, Jack.

Eric Adelman: In addition to us being able to spend some time with their friends and do something different, they’re able to build some skills and build some confidence. Often when we build and gain confidence in anything that we’re doing, any of us, that translates to other areas of our lives.

Michael Offen: It’s improved my confidence. I’ve performed in front of a group. It improves my confidence at karaoke too.

Eric Adelman: We culminate this experience with a recital, with a performance. An opportunity for the people we serve to show to their friends and family what they’ve learned and what they’ve built. We’re doing a concert at the home of Janet Aronoff, who is one of Kadima’s founders and somebody who supported this project over the years. And even the people who come to the concert are going to get a wonderful musical experience, and it’s an opportunity for everybody to see the people we serve as just that. As people.

Shannon Orme: The participants here at Kadima have become much more confident with playing in front of other people.

Michael Offen: At first I was like, I had my eyes practically closed, but I was looking down at the lyrics. But then when I connected with the audience, I felt that was the best thing.

Eric Adelman: I think one of the exciting things about this program is it’s an opportunity for everybody to learn. I think that the musicians are gaining a broader understanding of the world of mental illness.

Shannon Orme: The people here, at Kadima, are just such interesting people and interesting to talk to. And all have good hearts and willing to learn.

Eric Adelman: With a little luck, these sorts of programs can help reduce stigma and provide more opportunities for people to talk about mental health challenges and seek care.

Eric Adelman: We’re thrilled these days more people are talking about mental health, are seeking out the care they need and getting the care they need. And it’s imperative that we help people build up skills so they can live a rich and productive and meaningful life.

Michael Offen: Anybody interested in getting involved with Kadima, who, you know, who has some issues, come on out, get involved. You’ll thank yourself. 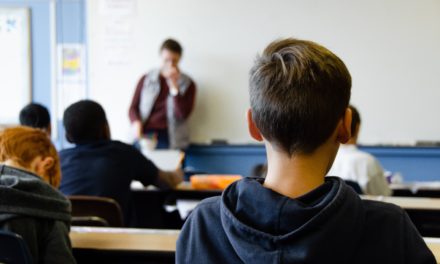 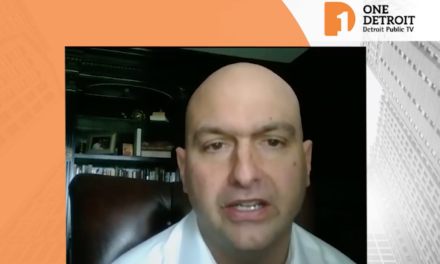 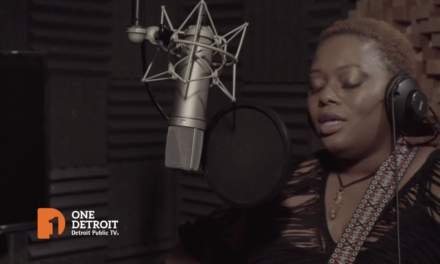