Mike Shirkey on having more say on the Governor’s decisions

Mike Shirkey is the Senate majority leader who wants more say on Michigan governor Gretchen Whitmer’s decisions. He spoke with One Detroit contributor and Detroit News Editorial Page Editor, Nolan Finley, about the citizen-led petition to limit the governor’s emergency powers as well as about the state’s budget.

Senate Majority Leader, Mike Shirkey Happy to be here with you, Nolan. Thank you.

Nolan Finley Thank you, Mike. Let’s start by asking you to put in context and define for us the nature of your dispute with Governor Gretchen Whitmer. What is at the root of this disagreement?

Senate Majority Leader, Mike Shirkey The root of it starts with the end of the twenty three day extension that we provided without conditions going back to the beginning. I don’t believe when this insidious virus hit our shores that we had enough time nor enough data to do anything but apply the heavy hand of one size fits all force of government. And then over the course of time, since we’ve done that, and I was supportive of that from the very beginning. Since then, we’ve discovered that there are companies in organizations across the state, in the nation, in the world that are proving every day that they can learn to live and work with the virus, not be fearful of the virus. So we went we went to the end of that first executive order and she asked for a 70 day extension. The legislature authorized a twenty three day extension without conditions. And we got to the end of the twenty three days. And there was still a big gap in between our ability to have even understand how decisions are being made, let alone having a part of the decisions being made. At that point in time, we decided that enough’s enough. Now there’s no more extension required, which does not mean that I don’t think there should be a resulting state of emergency in Michigan, it just needs to be more refined and narrowly focused. And frankly, it needs a transition from a emergency declaration executive order form to a regular order, legislative form.

Senate Majority Leader, Mike Shirkey That’s exactly right. I don’t think the citizens of Michigan expect a single person to be making all decisions without their representatives, whether there are representatives or senators involved in that process. As I stated just a moment ago, I still believe there is a case to be made that Michigan needs a limited, narrowly defined state of emergency. But that’s not over an enduring right now, and we haven’t had a chance to have that conversation with our governor.

Nolan Finley So, what did you offer?

Senate Majority Leader, Mike Shirkey We offered to extend the week at a time as long as we can participate in designing and defining what the stay home, stay safe executive order is going forward. Providing input to it. Not being the approvers of it. That’s all we ask and put it in writing.

Nolan Finley So, Mike, it appears that the orders and the shut downs provisions that have been put in place are working to flatten the curve and Michigan are starting to see a reduction. Are you worried that changing course now would lead to a spike?

Senate Majority Leader, Mike Shirkey Not at all. Because now we have enough data and enough information to know what to even measure. And if we see things occurring that causes crop causes concern, we ramp up or ramp down the restrictions based on what we’ve experienced as soon as.

Nolan Finley The conflict appears to be in the two laws:

Senate Majority Leader, Mike Shirkey I’ve given our legal–I’ve given our legal team these instructions: when you think we have made our case and are ready to file, do so. And they said, yes, we will follow that. Those guidelines and I’m waiting for their green light to go. And I do not think it’ll be a very long time.

Nolan Finley But you’ve also added another layers to this. You’ve been talking this week about a petition drive to repeal the 1945 law.

Senate Majority Leader, Mike Shirkey For the protections of Michigan citizens into the future, the 1945 law must be repealed. It is our firm belief that the 1945 law does not give the power to the governor to rule the entire state on her own. As for as long as she likes. And we will be asking the courts to affirm our belief very soon. But I want to be sure that our state doesn’t face this kind of abuse again down the road. Only the Lord knows, Nolan, when we will have another governor whose character could result in the same lack of constraint and abuse of powers we are currently enduring. Does anybody really believe that our current governor would sign such an appeal, repeal? I don’t think so.

Nolan Finley So at this point, we’re looking at when we look at emergency, all the emergency orders that are now in place. We don’t really know when for sure when they’ll end. I mean, this current order extends to almost the end of May. Will she be able to extend it again using the same maneuver she used this past time?

Senate Majority Leader, Mike Shirkey Well, the most important action the legislature took last Thursday was an inaction. In other words, it chose to not extend the state of emergency under the 1976 law. And then within a couple of hours of that inaction, in other words, us adjourning. The governor came out and extended the emergency declaration under the 1976 law. And so if that isn’t breaking the law, I don’t know what is so.

Nolan Finley So, Mike, if you look at the situation in Michigan now, where the lockdown is compared to other states. What do you think we could be or should be doing?

Senate Majority Leader, Mike Shirkey I believe we should we should leverage the work that Gerry Anderson led Merck product came up with. I think it’s a pretty darn good product. And the first thing we should do is we should apply that model, that judgment across the state geographically. And I believe about 75 percent, if my calculations and assessments are correct, of a geography, the state of Michigan would be free to go to the lowest level of risk activity. And then there’s no. That’s number one. We could do that immediate within a couple of days.

Number two, we would refine the work of that group so that it could be deployed to the county level so that the state then would be prepared to provide real time 24/7/365 data. So at the county level, people could make decisions on trend lines and so forth and determine that restrictions should be increased or decreased. Let that settle for about 30 days and then finally, after about 60 days when counties are comfortable with having that responsibility, we’ve got to given the power, the tools to do it. Then we repeal all the executive orders that are in place today and replace them with more refined executive orders. Notice I didn’t say repeal forever. I just said repeal them as in the current condition if there are any still remaining, and replace them with more measured ones.

Those three steps pretty simple using what the governors have got in place.

Nolan Finley You feel like you’re going to come to a resolution on this?

Senate Majority Leader, Mike Shirkey I certainly hope so. And we’ve been putting every ounce of our energy into it, Nolan.

Nolan Finley You think you could resolve it without going to court, without a petition drive?

Senate Majority Leader, Mike Shirkey That would be beautiful.

Nolan Finley Let’s switch subjects just for a minute. Talk about the state budget. We don’t talk about bout it much nowadays, but with the preoccupation, with the virus. But you all are looking at upwards of a three, three and a half billion dollar budget shortfall in this fiscal year. Have you begun to address that at all? Are you in talks with the governor, with the House leaders on where you’re going to cut three and a half billion dollars out of a 12 billion dollar general fund budget with just four or five months left? Five months, I guess, left in this fiscal year.

Senate Majority Leader, Mike Shirkey You’ve hit the nail on the head, as you usually do. The House and the Senate are working very closely. In the Senate, our appropriations chair, Senator Stamas, has given the instructions to all the subcommittee chairs to come up with their own personal committee prioritized list, how they would reduce their specific budgets by 10, 20 and 30 percent in preparation for the negotiations. We’ve got we’ve gotten zero input so far from the executive office on this. And you are right. Every day we lose here in talking about this, we lose enormous amount of flexibility and money is being spent. And so every day that goes by, it will be harder and harder to hit those targets to make a balanced budget.

Nolan Finley This is going to be brutal by the time we get to October 1st.

Senate Majority Leader, Mike Shirkey And the longer we wait, the more brutal it’s going to be.

Nolan Finley Mike Shirkey, Senate majority leader, thank you for joining us today on One Detroit. 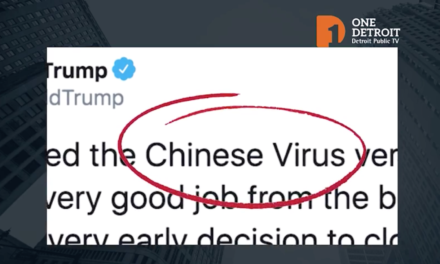 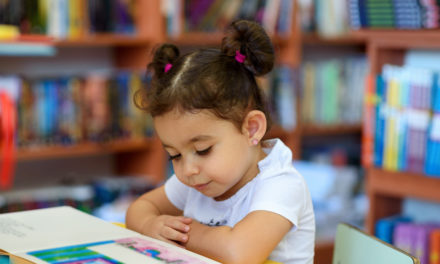 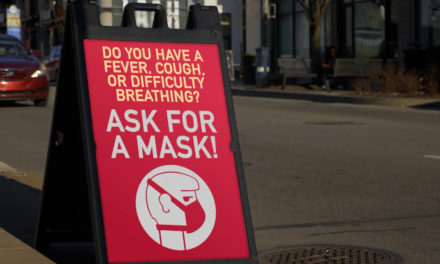 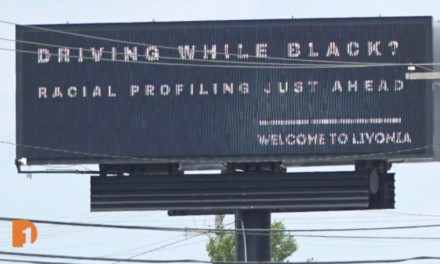