Will Glover and Lt. Governor Garlin Gilchrist talk about reversing COVID-19 health disparities impacting Black communities. Gilchrist also talks about how his family has handled social unrest, as well as what he thinks the lesson people should take away from 2020 as we approach a new year.

Will Glover  What was really important that got done this year by you guys.

Garlin Gilchrist, Lt. Governor of Michigan  Because of all that we’ve been through and because of, you know, frankly, we’ve had to do to survive this year, we’ve had to say so many goodbyes.  We have had to do those goodbyes from a distance.  We’ve had to even learn what social distancing is and had to practice it in order to be safe.  And my biggest takeaway or one of my biggest takeaways is that there’s an irony inherent in that thing called social distancing.  It actually reminds us about how valuable and important our connections to one another are, it magnifies their significance.  And so, my big takeaway is that I think that we’ve seen people go out of their way to be creative, to find ways to take care of one another, to find ways to support one another, to find ways to be there for one another in a way that is safe.  Because one of the sinister things about covid-19 is that it has made the things that we do when times get tough, it is made those things dangerous.  We come together, we break bread together, we go to places of worship together and that has been made unsafe due to this virus.  So, I’m actually really proud of the way that people across state of Michigan have tried to find ways to step up for one another.  So, I think that is an achievement in it of itself, because if we’re thinking about how we can be better and more strongly connected going forward, that is going to strengthen our communities for the better.  So, that’s kind of a qualitative thing, but I think that’s really important.  I think another thing that the state of Michigan, I think, should really be proud of is the fact that we have been able to slow the spread of this virus when we follow the medical experts and the advice that they’ve given us.  We’ve seen that happen and when it happened, one of the things I’m really particularly, I think is worth noting is that the state of Michigan uniquely prioritized the most vulnerable people in the state, uniquely prioritized communities of color that were being killed at a higher rate from covid-19.  And because that you need prioritization, because we chose to measure demographic data that included race and ethnicity.  We chose to report it publicly, we were the first state to stand up a statewide task force, had applied the full force of state government to flattening racial disparities.

Garlin Gilchrist, Lt. Governor of Michigan  Yeah, I appreciate that. You know, I think that, you know, as a parent, my kids have seen a whole lot of real-life social studies this year, okay.  We live in Detroit, we can see Michigan Avenue from the window of our home, and so my children saw the George Floyd demonstrations happening in Detroit in real time.  I was able to show that to them, and they were asking, what are the people protesting for?  And so be able to have those conversations with my seven-year-old twins has actually been pretty amazing.  I’m also benefiting at the fact that my wife was a social studies teacher, so like that’s been really helpful on that front.  You know, when we’ve seen the violent protests, you know, I was presiding over a Senate session when armed men with long guns came into the Capitol and stood over the gallery with their guns in hand.  Two of those men actually being the ones who were involved in the plot to overthrow the government, stormed the Capitol, blow it up, kidnaped the governor, all those things.  I saw those men with my own eyes.  I’ve seen unfortunately, what’s happened when members of the Michigan legislature don’t take covid-19 seriously.  I’ve seen a member of the legislature who did wear a mask, usually choose to wear a Confederate flag as his mask in a blatant symbol of racism and oppression and hatred in American history.  So, a lot has happened in 2019, but let me tell you what I’m excited about.  More people participated in this presidential election than I’ve ever participated in a presidential election in a very long time in Michigan.  Now, the election, you know, people voted for both sides, and I think that’s great.  I think democracy is important, but I actually don’t think this election was chaotic.  I think it was actually ran very well by our local election administrators, and I think it’s going to lay a foundation for deeper and wider voter participation going forward.  I’m excited about that.  I want more people to vote.  I want more people to participate in the democratic process and be civically engaged and civic minded.  And so, I hope that we continue that momentum because that will lead to a better discourse that will lead to better policy, and I think that will lead to better outcomes for Michiganders.  So, I welcome that, I’m excited about that, I was proud to lead work across the state of Michigan to encourage black men to vote specifically in higher numbers, and it seems that we have done that.  Demographically the data is still being compiled there, and I think, again, we need to have more people from more communities be engaged and that will be better for all of us.

Will Glover  What are some of the state’s New Year’s resolutions and what is the best lesson that you’ve taken away from this year?

Garlin Gilchrist, Lt. Governor of Michigan  The lesson of 2021 needs to be that we are reliant upon one another.  We are so interconnected that the actions that I take, that the choices that I make as an individual impact my community’s collective health and collective wellbeing, collective economic potential.  That has been made more, that has been made more clear to more people than it ever has been in any of our lifetimes.  So, I hope that we carry that forward and recognize that we have a responsibility to one another to make sure that we all have what we need to have a chance of being successful, have a chance at survival in Michigan.  So, I think that this is just a principle that we need to hold in our minds and our hearts going forward.

Will Glover  What would you like people to have on their minds as they go into this holiday season, as they head into a new year?  What do you want people to be thinking about and to carry on with them?

Garlin Gilchrist, Lt. Governor of Michigan  I want people to be thankful that they are able to celebrate a holiday, even if it is different.  And I want them to be safe so that we can celebrate holidays going forward.  And make sure that you are investing in the safety of your loved ones by making the choice to be careful this holiday season.  It is not worth the risk to lose a loved one, but instead you want that loved one to be there for the next holiday season. 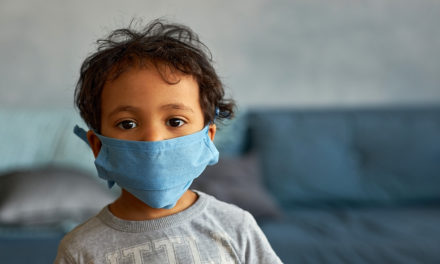 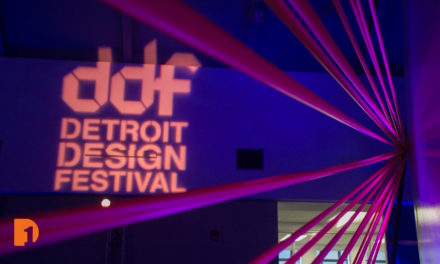 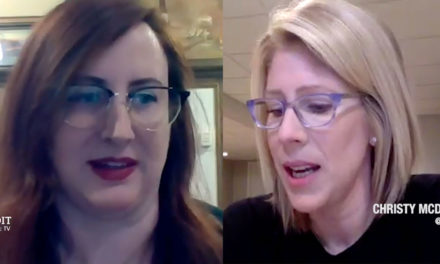 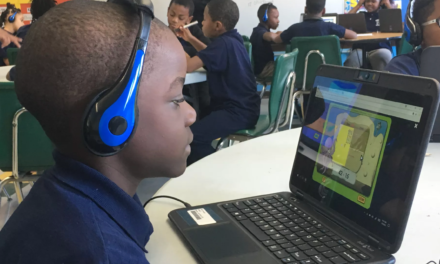 Chalkbeat Detroit: 5 key questions that could shape the future of virtual learning in Michigan