“We needed a campaign within the Black community, and Detroit in particular, to emphasize the importance of reading Black books as a way of becoming familiar with our own cultural and historical experience,” says Malik Yakini, co-founder of September is Black Reading Month, which is now in its 43rd year. The annual observance encourages the Black community to read books, magazines and journals written by Black authors as a way to deepen their understanding and knowledge of the African American community’s history and culture.

“Our idea then, as well as now, is that this profound sense of being informed about our own culture and history is necessary for us to move forward in a sane and balanced way,” Yakini says.

During September is Black Reading Month, Yakini joins “American Black Journal” for a conversation with host Stephen Henderson about why he wants people to read the works of Black authors during September. Plus, they talk about the importance of patronizing Black bookstores and improving literacy rates in the Black community.

Stephen Henderson, Host, American Black Journal: So, let’s talk about the origins of September being “Black Reading Month.” Of course, we all know that it is still difficult, 40 years after you founded this, for Black authors to find publishers, for them to get an audience, for them to get opportunities, and for Black bookstores who sell Black authors to survive. Talk about how you came up with this idea 40 years ago.

Malik Yakini, Co-Founder, September Is Black Reading Month: Okay, I’ll just give a very brief history. In 1969, I was involved in an organization called, “New Directions Information Institute” and one of the things that we did, is we distributed Black books and magazines to various stores throughout Detroit. So, we noticed, for example, that in the supermarkets, where they always have kind of magazines near the checkout counter, that none of those magazines were magazines that explored any aspect of the Black experience in a city that was overwhelmingly Black. And so, something was wrong with that picture to us.

And not only were we selling magazines, we were also selling various books, primarily from the Third World Press, which is headed by Haki Madhubuti. But what we noticed is, at the end of the month, we were able to make inroads and develop relationships with many of these stores where we could get the magazines in the stores on consignment. But when we came back at the end of the month, either one or two had sold or none had sold. And so, it’s always more than a question of access, but we needed a campaign within the Black community, in Detroit in particular, to emphasize the importance of reading Black books as a way of becoming familiar with our own cultural and historical experience.

And our idea then, as well as now, is that this profound sense of being informed about our own culture and history is necessary for us to move forward in a sane and balanced way. And so, we started “Black Reading Month” as a way of having a large-scale public campaign to support and emphasize the importance of both reading Black books, magazines, journals and newspapers, but also of supporting Black writers, supporting Black publishers and supporting Black bookstores.

Stephen Henderson: So, I’m really curious of what you make of the landscape in the world 40 years later. Has anything changed? Is it better? Is it easier?

Malik Yakini: I’m not sure that it’s better. And, the question like that, I always mix the answer, because nothing is all either this or that. And, certainly there have been some changes. We didn’t have the internet at all 43 years ago when we created “Black Reading Month”. And so, certainly, the internet has exposed many Black writers and Black publishers to a wider audience. It Also, I think, has opened up the world of self-publishing. And so, we see a lot of independent writers producing their own works, probably on a larger level than we saw 43 years ago.

Stephen Henderson: Yeah. So, talk about how this connects to Black literacy. And that’s a subject that I feel like a lot of people get wrong an awful lot of the time. We hear this statistic all the time about literacy in the city of Detroit. People saying that, well, 40% of the people who live here are illiterate; that’s not true. But this idea of Black Reading Month really is, I feel like, targeted toward celebrating the reading that Black people do, and want to do, and are craving in cities like Detroit.

Malik Yakini: Yeah, well, I don’t want to deny that there’s a literacy problem in Detroit. I don’t want to get into specific statistics; I don’t know what the accuracy is. But certainly, we need to improve the level of literacy in Detroit and other communities throughout the United States. Let me say this, though, again, I want to situate the Black experience in America within sight of this larger context. Because the reality is, though, that although most people in America might be literate, the majority of people haven’t read a book in the last five years. Many people have not read a book since graduating from high school or graduating from college.

Literacy is not really a fundamental part of American culture in the time period that we live in now, and that’s distressing because I think Americans in general have little knowledge about history, have little knowledge about geography, have little knowledge about global affairs, and thus don’t know how to situate ourself within that context. So, Black Reading Month is both concerned about literacy, about people actually knowing how to read. And we think that from our experience of people who have struggled for their liberation, such as in Cuba, such as in Guinea-Bissau, where Paulo Freire, in fact, worked with the leader of the revolution in Guinea-Bissau, Amilcar Cabral, to create a literacy campaign.

So, we know that campaigns that encourage people to learn how to read, and to read better, and to make that a fundamental part of their lives, is an essential tool for people who are striving to be more self-reliant or striving to be more self-actualized. And so, on that level, reading anything, learning how to read and reading anything is important. But in the case of Black people in America, where we still live in a society which is dominated the cultural, well, let’s say that although Black people create much of the culture in America, the mechanisms that control that culture are still largely outside of our hands.

And so, of course, the culture and history of people of European descent are the main narrative in American society. And so, in a situation like that, it’s doubly important that Black people read, because we have to almost read ourselves out of the brainwashing, I’ll use that term for lack of a better term, that’s happened by this steady inundation of information about the cultures related to people of Western European descent.

Stephen Henderson: I want to talk specifically about Black bookstores and Black bookstores here in the city of Detroit. Two of the ones that come to mind for me all the time are, of course, “Source Booksellers” in midtown. But “The Shrine of the Black Madonna” bookstore, I think is, it’s a cultural touchpoint for people in the city. I think most people who’ve been there can remember the first time they walk in there and see all of the things that are available. And it’s like this step into a different world. Those are two good examples of Black bookstores, and I assume that they’re doing okay, although I know the pandemic was hard on a lot of bookstores. But talk about how we’re doing with just being able to get people access to books through the bookstores that sell them.

Malik Yakini: Well, I’ll start with “Source Booksellers”, and I’ll just say that I admire tremendously the fortitude of Sister Janet Jones. She has hung in there for many years, and she started really as a binder before she had a physical location, and she was able to build a clientele during that and she, doing that, she has a very specific focus in terms of the types of books that she sells. And so, she’s been able to really hone in on a particular niche that she’s been able to fill, and I think that has led to her success, where many small, independent bookstores have failed. So, she continues to operate and I don’t know what their profits are looking like, but from the outside, they seem to be buyable and seem to be an important community institution.

And again, I have the utmost admiration and praise for Janet Jones and her daughter, Alison Jones. In terms of “The Shrine of the Black Madonna” bookstore, to the best of my knowledge, it’s been closed altogether for two or three years. I’ve heard rumors that it’s supposed to open on some limited basis, but I have not seen evidence of that. And that’s extremely distressing because I heard from many people around the country when I was in the books business, I don’t know if you know, I used to own a bookstore, also, from 2000 to 2009, I was the owner of “Blackstar Community Bookstore.”

Malik Yakini: Institutions are only as strong as the community of people who support them.

Malik Yakini: Most of the Black bookstores that developed in this country, many of them developed in the late 1960s, the 70s, they kind of came out of that era when Black power was being stressed, and familiarity with Black culture and Black history, was really being stressed as part of our movement towards liberation.

And so, as that movement was suppressed, in many cases through COINTELPRO and through various other methods, and as our own internal contradictions weaken that movement, then we see a corresponding weakening of the desire of Black folks to read Black books. So, those two things kind of go hand in hand. Our movement for social equity mirrors the movement for Black literacy.

Malik Yakini: Can I just mention very quickly that we have, “Author Talks” that we’re doing and we’re doing this for the 3rd year? Because of the pandemic, we can’t really do large in-person events. And so, we have these “Author Talks” every Wednesday during September, featuring prominent Black writers. And we want to encourage people to tune in to the “September Is Black Reading Month” Facebook page for the entire listing of those Black authors. Even after September, the videos are still available for viewing.

Stephen Henderson: Thanks for being here. 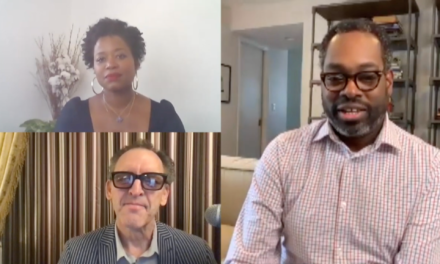 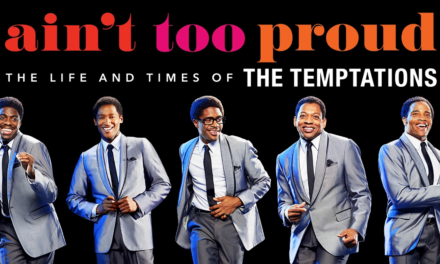 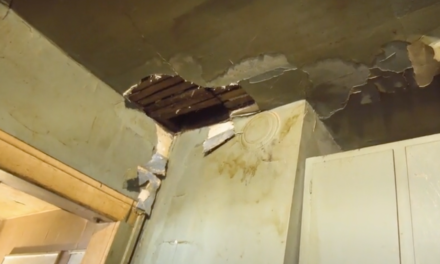 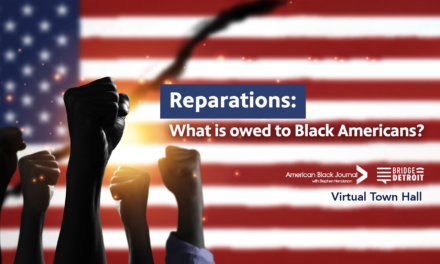