“The Black Leadership Advisory Council recommendations are a step in the right direction to create a more inclusive, equitable Michigan,” Governor Gretchen Whitmer said in a press release. “We are committed to working together and enacting these recommendations as we build a more inclusive state and continue delivering on the kitchen-table issues that matter most to working families and communities of color including great schools, good jobs, clean water, safe roads, and so much more.”

Kim Trent, the deputy director of prosperity for the Michigan Department of Labor and Economic Opportunity (LEO), joins “American Black Journal” host Stephen Henderson to talk about the recommendations the council shared with Gov. Whitmer, including supporting the CROWN Act, diversity on corporate boards and in C-suites, a better collection and analysis of criminal justice data, a ban on no-knock warrants, school funding, mental health support, and protecting Black voting rights.

Stephen Henderson, Host, American Black Journal: 2021, the governor announced this group. I can remember people being pretty excited and really interested in what would happen. Of course, two years later, I think a lot of people have just kind of forgotten that this happened and that you all have been working for two years on all of this.

Stephen Henderson: So catch us up. What did you discover over that two-year period and talk about these recommendations that you’re making of the governor?

Kim Trent, Deputy Director, Prosperity MI Department of Labor and Economic Opportunity: Well, it’s not even been two years yet. It’s been about a year and a half. So we in that year and a half, we have 16 members who came from all over the state of Michigan.. From a variety of backgrounds, former elected officials, former journalists. We have all kinds of people at the table.

Kim Trent: And what we wanted to do, you know, of course, we could have had 100 different issues that we talked about, but we narrowed it down to 11. We have four committees; Education, Community Safety and Justice, Business Leadership and Health. So all of those are really incredibly important issues.

Kim Trent: There are a million subset issues that we could have talked about, but we think that we got the right mix for our first report.

Kim Trent: Now comes the work of working with our legislators, working with stakeholders to ensure that some of these recommendations at least get a conversation. I mean, the sad reality is some of these issues that we think are really important don’t even get a conversation in our state capital. So we want to leverage whatever influence that we have as leaders in the state of Michigan to at least have conversations happening.

Stephen Henderson: Yeah. And of course, we’ll post links to your work on our Web page. But if you could pull out, you know, a couple of things that you think are kind of high-line suggestions for the governor or things that would make a huge difference. If we could do them, what would they be?

Kim Trent: Oh, okay. So, you know, I have to narrow those 11 down to a few, but I’m happy to do it. I think the one that we really thought about a lot, certainly in the wake of the George Floyd murder and you know, he’s just emblematic. He’s just one of far too many people who saw their lives end because of, you know, violence on behalf of the police.

Kim Trent: So what we have called for with our Community Safety and Justice Committee is that there be a real, deliberate effort to have the Michigan Commission on Law Enforcement Standards work with the attorney general and with law enforcement to really do a deep dive into statistics.

Kim Trent: I mean, what we saw happening, what we saw that happened in Grand Rapids recently, I know that the Michigan Civil Rights Commission has already kind of taken a look at, even before this happened, at complaints about the Grand Rapids Police Department. How do we use our voices to talk about the need to have to use data?

Kim Trent: Because data, if you don’t use data, it’s irrelevant. So use the data that we have. Collect better data and leverage it so that we have better policing in our communities. I think that’s one that has a lot of impact. We have $10 billion that’s coming to our state for infrastructure improvement, you know, really trying to ensure that business, black business owners participate.

Kim Trent: You know, there are federal mandates that there have to be there has to be participation of disadvantaged business organizations. How is the state going to ensure that we have we see that participation so that the tax dollars that we put into also come back to our business leaders here in the state of Michigan?

Kim Trent: And then as a black woman, I can say and this is you know, it may sound trivial to some people, but the Crown Act, which was introduced by Representative Fair AP to ensure that black women are not discriminated against because of the texture of their hair, because they choose their hair to use it to where their hair in a way that’s culturally significant to them.

Kim Trent: You know, that is something that many states, 12 states, I think right now we’re at 12 states now across the country have already taken action to ensure that there is not discrimination in education set, educational settings or at the workplace. And Michigan has been elected to take that step. So those are just three. But there are many proposals among the 11 that I think could really be powerful tools to help improve the lives of African-Americans in our state.

Kim Trent: Shocked, I would say no. You know, any time you dig into statistics about how black people are living anywhere in America, I think you will be disappointed, is probably the best word to describe it. You know, I think that when we talk about how maybe health dollars are expended in our state, ensuring that we have, you know, people of color who particularly with mental health, we know that, you know, there has been disparate treatment for mental health, for behavioral health problems in our state.

Kim Trent: When African-Americans have behavioral health challenges or crises, they end up in prison far too often. So, you know, when we looked at how we can be more strategic about ensuring that we’re getting those services, I think that that was something that, you know, it continues to be disappointing that we are not getting.

Kim Trent: And I’m really happy to see that Governor Whitmer is trying to be very strategic about putting dollars in for mental health and being aware of the equity gaps that exist for that. But the fact that it took a pandemic and the resulting mental health crises that have emerged from that pandemic, for state government to be responsive in a meaningful way is disappointing.

Kim Trent: But we’re also really happy that there is movement in that direction and we’re very happy about that.

Stephen Henderson: Earlier you mentioned the legislature and the need to have some legislative action around some of these proposals. That’s always pretty tough here in Michigan right now. Give us a sense of whether you’re hopeful that legislators are open to these ideas and whether they will actually do something.

Kim Trent: I mean, obviously, that’s always the big question, right? So I think that one of the things one of the proposals we have is supporting lifting, or having a cap on, the APR that could be charged by payday lenders. You know, we would love for the legislature to take action on this. We also know that it’s very unlikely that they will.

Kim Trent: And so I think that’s how we see our role, to lift up these issues to make. For example, we talked about one of our proposals is to ban no-knock warrants. And I’m happy to say that the City of Pontiac City Council passed a resolution in support of the legislation that has just been sitting there with no action, and they credit it to the Black Report.

Kim Trent: So those are the kind of, that’s the kind of movement that we want to see. We have a long way to go. We know that, you know, getting things through the legislature is a challenge, will probably continue to be a challenge in the near future. But we want to be really innovative and aggressive and figure out other strategies if that approach doesn’t work. 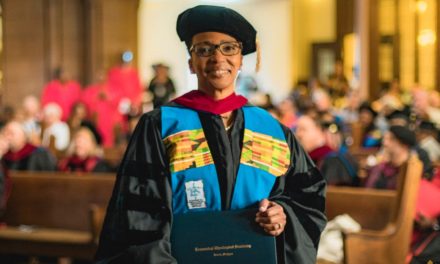 9/27/22: American Black Journal – The Black Church in Detroit | Seminary Education and the Future of Ministry 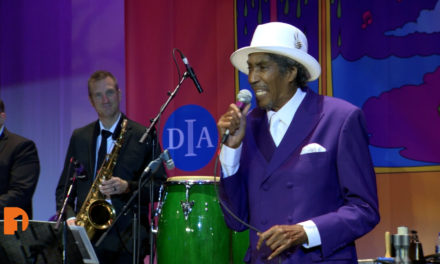 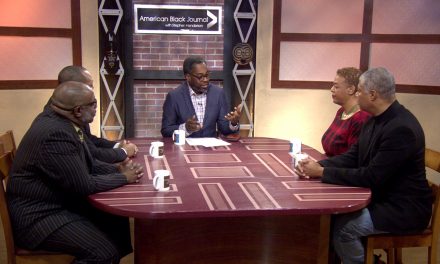 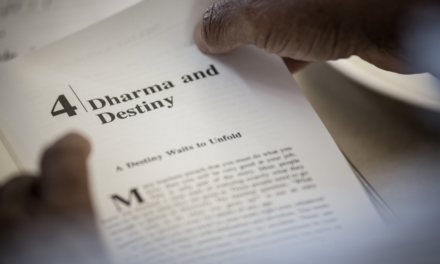