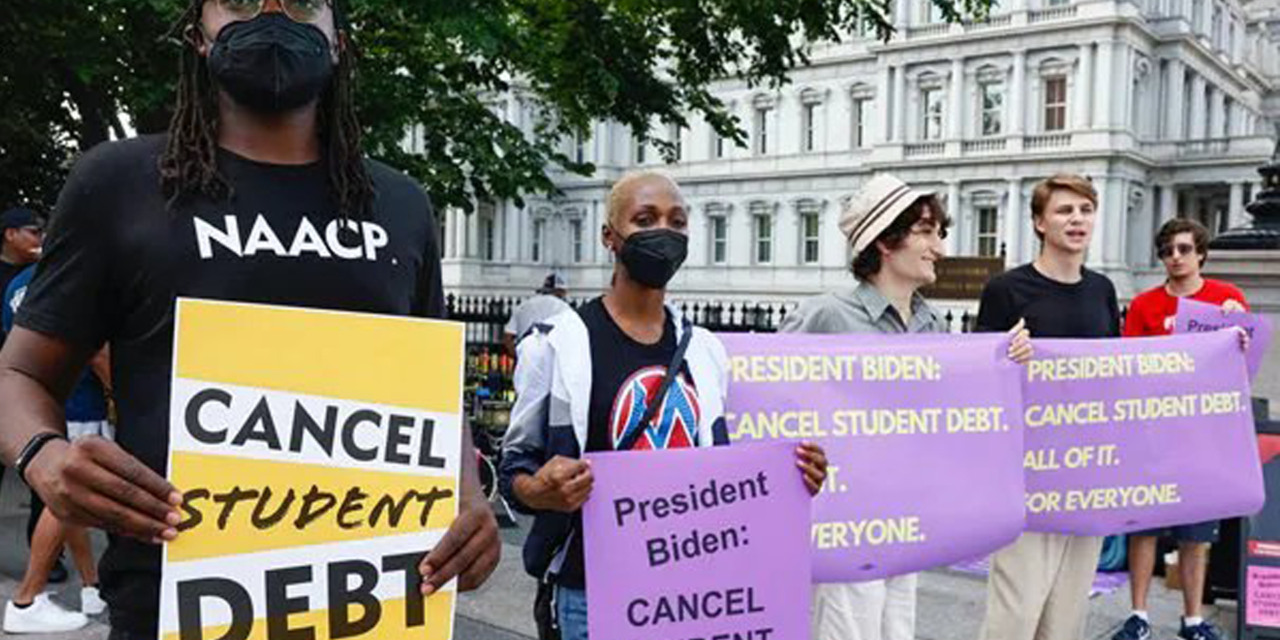 Some of Michigan’s nearly 1.4 million student loan borrowers, who owe a cumulative total of $51 billion in student loan debt, are rejoicing after the Biden administration announced a proposed plan to cancel up to $10,000 in federal student loan debt for millions of borrowers across the nation.

Under Biden’s plan, borrowers earning under $125,000 could be eligible for up to $10,000 in forgiveness, and for borrowers who have Pell Grants, the amount jumps to $20,000. The Biden administration’s Student Loan Forgiveness Plan also includes a continued pause on loan collection through December 2022, and includes some potential changes to the income-driven repayment policies.

One Detroit Associate Producer Will Glover sits down with BridgeDetroit reporter Isabel Lohman to learn more about the different components involved in Biden’s proposed plan, as well as talk about the catalyst for announcing the loan forgiveness program and the arguments for and against it. Plus, Lohman shares how some metro Detroiter student loan borrowers reacted to the news, and the two posit whether the proposed plan will help resolve the larger issue of expensive, inaccessible higher education.

Twelve years ago the College for Creative Studies, in Detroit, and Business Leaders for Michigan joined forces to create Design Core Detroit, a nonprofit economic development corporation housed within the creative college with a mission to establish Detroit as a globally recognized creative capital. That same year Design Core Detroit celebrated the inaugural Detroit Month of Design, a multi-disciplinary creative arts festival that’s held annually from Sept. 1-30, to showcase the diversity of creativity Detroit has to offer.

As the 12th annual Detroit Month of Design gets underway, One Detroit Arts & Culture host Satori Shakoor sits down with Design Core Detroit Co-Executive Director Kiana Wenzel for a conversation about the 80 different events, like Eastern Market After Dark, on tap for this year’s festival, ranging from exhibitions, installations, artist talks, tours and workshops.

Plus, they talk about Detroit’s storied history of creative industries and designers, as well as the new generation of designers coming out of the city’s top creative colleges, and about a new vision for inclusive design that’s more sustainable and equitable.

A rich tradition of Hispanic culture lives within Southwest Detroit’s neighborhoods. It’s not only found in the corridors of Mexicantown but in a local dance troupe, Ballet Folklorico de Detroit, whose mission is to keep the Mexican traditions of folkloric dance alive for a new generation of Mexican Americans living here. In recognition of Hispanic Heritage Month Sept. 15 – Oct. 15, One Detroit contributing producer Daijah Moss takes a trip to Southwest Detroit to learn more about Ballet Folklorico de Detroit.

Ballet Folklorico de Detroit Co-Founders Janette and Lance Rodriguez join Moss to talk about giving younger Mexican Americans a sense of pride in their heritage through the folkloric dance traditions, the role dance plays in Mexican culture, and the numerous styles of dance and clothing dancers might wear based on the region where the dance originated.

Plus, Moss talks with four students — Adiley and Adilen Ramirez Garcia, and Karen and Alondra Castellanos — about how being involved in the organization has helped them connect with and learn about their Mexican heritage. 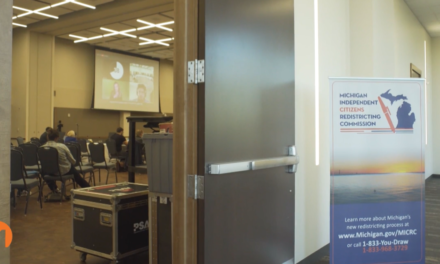 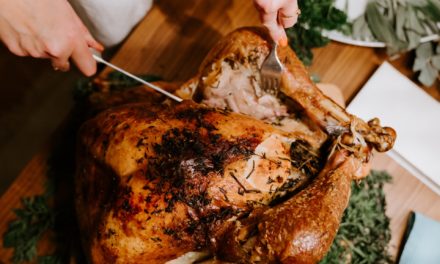 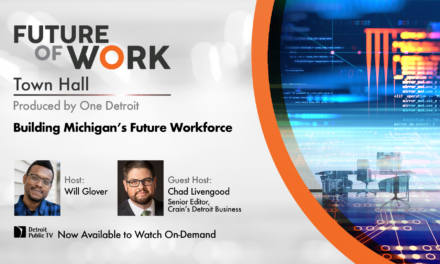 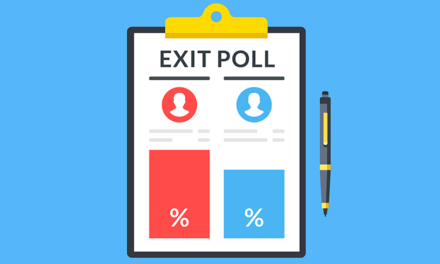