The results are in. The hotly contested 2022 Michigan primary election wrapped up Aug. 2 at 8 p.m., with voters deciding which Republican candidate for governor will be on the ballot come November. A number of crowded state legislative and congressional races were also decided, including in the new 13th District in Detroit after new redistricting maps were approved in the spring. Plus, voters now know who incumbent Democratic Gov. Gretchen Whitmer will face as her challenger.

RELATED: The Race for Michigan Governor: Which Republican Candidate Will Win the 2022 Primary Election?

With the winners and losers chosen, One Detroit contributor Nolan Finley meets up with Deadline Detroit‘s Greg Bowens for a conversation about who made it out on top of the 2022 Michigan primary election, what voters can expect from the upcoming governor race between Republican candidate Tudor Dixon and Whitmer, and how Michigan’s political landscape may shake out during the election this November.

Nolan Finley: Greg Bowens, thanks for being with us today. Primary’s over. And this governor’s race is on, as well as a lot of other races. So far, it’s been one bizarre political year in Michigan, particularly in the Republican gubernatorial campaign, but they appear to have settled on a choice. Tudor Dixon will represent the party and its challenge of Gov. Whitmer this fall. I described her in a column yesterday as perhaps the longest shot gubernatorial candidate I’ve seen in 40 years of doing this. I don’t know if you would agree or not.

Nolan Finley: I don’t think so, because I was asked that. I think Fieger was not so long because he had name I.D. Everybody knew who Jeffrey Fieger was. He had vote money and he had a voter base in Detroit. I don’t see Tutor Dixon with any of those things.

Greg Bowens: Yeah, that’s a good point. She’s a total newcomer and she doesn’t have that sort of ‘aw shucks’ kind of appeal that Rick Snyder had when he popped up on the screen if you recall. And so it should be interesting how this works out. I mean, wow. Just, you know, from James Craig to, you know, the guy Kelley. Kelley Ryan. Is that his name?

Greg Bowens: Ryan Kelley. Yeah. Who got arrested and who now won’t concede the race?

Nolan Finley: He finished almost last. Yeah, it’s bizarre. I mean, we had the first tier. Most of the first tier of this race got wiped out for invalid signatures. And Tudor Dixon turned out to be the best of what was left. I do think she’s an engaging candidate. She’s charismatic. I think she connects with people.

Greg Bowens: Nolan, I don’t know. We might. You remember the Tea Party people. How they stormed through Michigan.

Greg Bowens: And that kind of thing. This seems like a real, you know, extreme version of what had occurred with the Tea Party not so long ago. And the politics of grievance has turned on the Republican Party itself. I’ll be honest with you, I missed you know, establishment Republicans… May disagree with them on a lot of issues, but at the same time, we could at least have those discussions.

Greg Bowens: You can’t have discussions with people who are caught up in QAnon and, you know, these crazy conspiracy theories. And Nolan, I don’t know if you’ve heard this… But part of the reason why 63 of the 83 counties election returns were delayed was because you had some of these MAGA folks, all up in these clerk’s offices insisting that cops, you know, ride behind people who had to hand-deliver the tabulations from the precinct.

Nolan Finley: Well, we also had a lot of computer problems, motor problems. That Secretary of State Jocelyn Benson’s office should have gotten well ahead of before, people went into the polls. And the local clerks shouldn’t have had to deal with this. But we got a gubernatorial candidate, two women running in a year when abortion is going to be a major issue.

Nolan Finley: Gretchen Whitmer is all in on the pro-choice side. She supports this ballot measure which would make abortion an unregulated environment in Michigan. Tudor Dixon is all in on the other way. She says no exceptions for anything. And I think once again, on this issue, the majority of Michiganians won’t be heard, won’t be representative, because I think they’re somewhere in the middle on this.

Greg Bowens: Nolan, you raise a good point with that. I will say this, that the abortion issue is pouring kerosene on a gas fire, man.

Nolan Finley: I think abortion will be the rock that this expected red wave crashes on. You already see Republicans downscaling their predictions for their House gains, their U.S. House gains. One time it was 50, 60 seats they hope to pick up. Now, they’re looking at 19, 20. Realistically, still enough to give them a majority, but not much.

Nolan Finley: Beyond the gubernatorial race, we had races all over the ballot in every you know, in every county in this state yesterday. One of the most interesting, I think, to you and I were that was that 13th District congressional race where Shri Thanedar, state representative and millionaire put five, six, seven million of his own money in that contest and prevailed over a pretty good slate of candidates.

Nolan Finley: He was the only non-African American in this race, and his victory means, Detroit for the first time since Charles Diggs, won’t have an African American representative in Congress.

Greg Bowens: No, that’s true. And you know, Nolan, you keep up with this stuff in ways that I wouldn’t think that a conservative political commentator would… Writer would. And, you noted a long time ago downtown, the columnist said, where are the Black people?

Greg Bowens: Well, now, guess what? When it comes to Michigan congressional delegation, you know, that same thing is going to be true. And we run up against. As a community, as a society trying to balance out this push, pull between the need or recognizing that representation really does matter.

Greg Bowens: But then how much does it matter? And so when it came to Shri Thanedar, you know, here’s a guy that popped up on the scene, ran against the governor, got the most support in Detroit so he moves into power woods, would show a force and went the street there and now his ‘aw shucks’ I’m harmless kind of approach has won him the congressional seat.

Greg Bowens: And Nolan, now you know. You know every single person that was in that race, with maybe with the exception of Mike Griffey but you know now. But, you know, Nolan, there were some people in that race that just shouldn’t have been in there.

Nolan Finley: Well, there were too many in the race and that helped Thanedar. You know, the redistricting commission has to take some fault here as well, perhaps maybe not in this race, but Black representation overall will go down in January when these new bodies are seated. That’s the fault of a redistricting commission that didn’t prioritize creating Black representation in these new boundary maps.

Greg Bowens: The redistricting commission was a failure in a lot of ways, not the least of which that Democrats, communities of color, we need to have an honest conversation about race. And we didn’t have that during the redistricting process because you had these other rising communities of color that are represented in Hamtramck, that are represented with Shri Thanedar and the Pacific, Asian Indian community.

Greg Bowens: And along with the Arabic Middle Eastern community. And there was no serious discussion about how do we give them the same kind of opportunity to have fair representation without diminishing the opportunity for African Americans to have that representation. 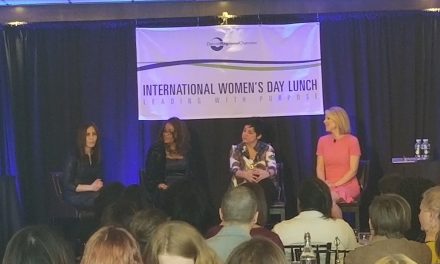 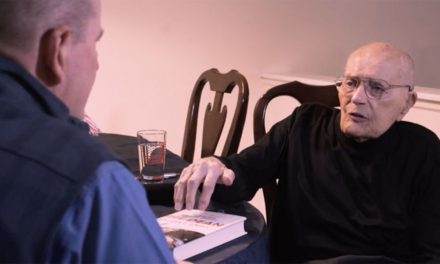 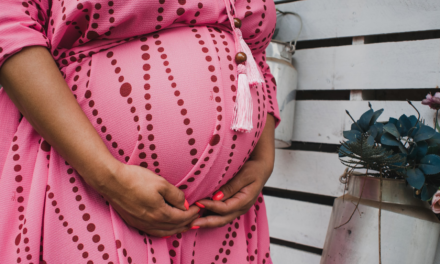