How expensive is being broke? As COVID-19 has put social safety net programs to the test and exacerbated a long-standing wealth gap, more Americans are struggling to support themselves financially. One Detroit’s Will Glover talks with Circles USA, an organization working to lift people out of poverty, as well as those experiencing the added costs of low wages themselves to learn how better pay can push some farther away from getting the financial assistance they need.

Suzanne Van Dam, Coordinator, Circles: The complexity of poverty is a shocker.

Bonita Bingham, Coach, Circles: So one of the first things the narrative needs to change around: poor people don’t want to work. Right? No. Poor people don’t want to work. I’m really tired of hearing that because what that fails to take a look at is why poor people who are young, they’re getting so much unemployment. They’re finally able– getting enough money to pay their rent and buy groceries, right? So people are being looked at in a negative way because they finally get to exhale a minute because they’re not working three jobs, trying to make ends meet.

Suzanne Van Dam: You know it costs more to be poor. Why is that? A lot of those barriers are systemic, you know? If there’s a disincentive to work, sometimes given the way our public assistance is meted out.

Will Glover: Suzanne is referring to the benefits cliff, which is when a person or family loses benefits because of a small raise. It puts them in a position where they still can’t pay for their basic needs, but earn just enough to disqualify them from receiving assistance. The Michigan Department of Labor and Economic Opportunity recognizes our state’s benefits programs are inadequate and designed to be extremely difficult to access. This is Melissa Dunn, a single mother who got help from the Washtenaw County Circles program. She now works in the medical field and lives in southwest Detroit. But that doesn’t mean she doesn’t still need help. Is that what your experience was? Do you think that it was almost set up to make it hard for you to get any of the assistance that you did receive?

Suzanne Van Dam: So it might be a cut to their food stamps, or their housing subsidy, or their childcare. And so that actually, an increase in income, results in an overall net decrease because they can lose all of these benefits abruptly all at once. And that’s a good example of systems barriers. It’s not just one person dealing with this, but many people.

Will Glover: When I asked local residents on social media how they were surviving on low pay, there were more than 150 responses. Stephanie said high rental costs prevent saving for homeownership. Samantha couldn’t cover bus fare to her job. Lisa got hit with extra fees for not having money, which can lead to what’s called bill cycling.

Suzanne Van Dam: This month, I’m going to pay my rent and next month I’m going to pay the power bill, and the next month I’ll get part of my (crosstalk), and people are like what? How does that work? And then that gets at how–the complexity of that is that then all of those things get late fees.

Will Glover: Natalie zeroed in on another kind of cliff effect, one that disproportionately forces women out of the workforce: the childcare cliff, where the cost of childcare exceeds a person’s income.

Suzanne Van Dam: Employers are wondering why it’s so hard to find people right now. We have a childcare shortage, but we also have the childcare cliff, and it’s one of the most severe.

Melissa Dunn: I got pregnant when I was 17, had him two months after I turned 18 and got in the medical field. And because I made, you know, more than minimum wage, that automatically just put me into the cliff effect.

Suzanne Van Dam: Michigan has one of the most severe cliffs, so people — working parents lose their childcare subsidy very early on, and then to get normal childcare could cost up to 40 percent of your income.

Will Glover: According to Michele Robinson from the Wayne Metro Community Action Agency, poverty doesn’t only stifle the poor.

Michele Robinson, Executive Director, Program Operations, Wayne Metropolitan Community Action Agency: And what people don’t often realize is what happens in Detroit impacts all of Metro Detroit. So if the property values in Detroit are lower, the property values in metro Detroit are lower. Just because all of those things, they domino. They spiral out. So everything that happens at the core just kind of works its way out. And we’re not realizing that, you know, you may be in Metro Detroit, but you’re actually paying more for a good or a service because of something that’s impacting a lower-income resident. So building those incomes? It actually does have a positive impact on the rest of us as a whole.

Suzanne Van Dam: To me a scenario like a living wage — who wants to work for something that’s not a living wage? And like we said, it’s not a matter of cobbling together more and more and more jobs, because people get exhausted, and they have kids that need love and attention. So just to put it all on this kind of exploited person is really not fair.

Will Glover: The Department of Labor and Economic Opportunities has a long list of recommended policy changes, like adopting a cost-of-living adjustment for all benefits, no longer stripping benefits from parents whose child misses school. What Melissa wants is much more simple.

Melissa Dunn: We don’t want to survive anymore. We want to thrive in life. 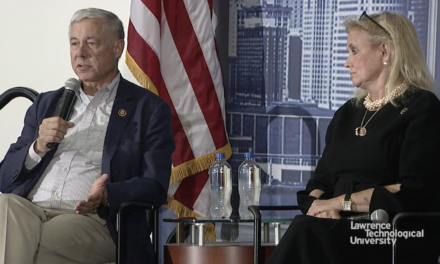 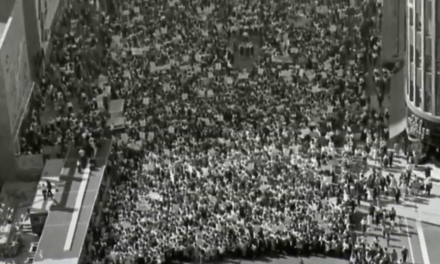 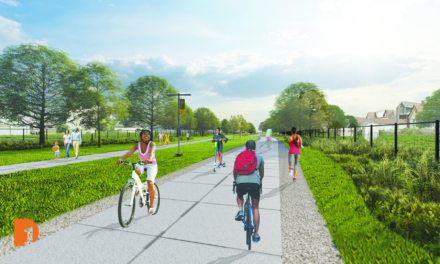 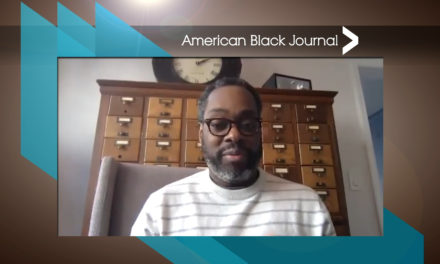