“Higher than acceptable” levels of lead, copper in 16 schools

It’s not a great way to begin the new school year. 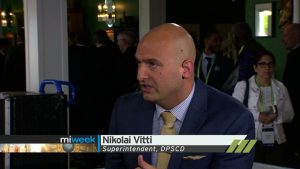 Water at the 16 Detroit Public Schools where what the superintendent is calling “higher than acceptable” lead and copper levels were detected was shut off on Tuesday of this week. 18 Detroit Public Schools already had water shut off due to water quality concerns, bringing the total of schools that have no drinking water to 34. Bottled water and water coolers are being brought in so kids will have safe clean drinking water as classes begin. Classes are scheduled to start next week (September 4th for most schools) as planned.

The Detroit Public School District has approximately 52,000 students in 104 schools.

Staff and families were informed of the decision to shut off drinking water in Detroit Public Schools via robocalls on Tuesday. However, city officials say the water coming out of the taps at Detroit resident’s homes and businesses is safe.

Aging school infrastructure is the reason for the precautionary measure

Great Lakes Now checked with the Great Lakes Water Authority and Detroit Water and Sewerage which supply water throughout the city. 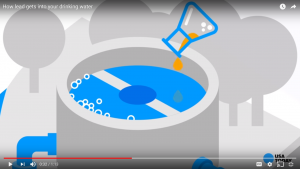 How lead gets into your drinking water, By Ramon Padilla, Karl Gelles and Shannon Green, USA TODAY

We received the following statement in an email: “The Great Lakes Water Authority (GLWA) and the Detroit Water and Sewerage Department (DWSD) want to assure Detroit residents and customers of GLWA’s regional system that they are not affected by the lead and copper issues that the Detroit Public Schools Community District (DPSCD) is experiencing. Aging school infrastructure (i.e. plumbing) is the reason for the precautionary measure of providing bottled water. The treated drinking water provided by GLWA and distributed by DWSD not only meets, but surpasses all federal and state Safe Drinking Water Act regulations for quality and safety. The water at GLWA’s treatment plants is tested hourly and DWSD has no lead service lines connected to any DPSCD building. The drinking water is of unquestionable quality. GLWA and DWSD stand ready to provide any technical assistance to DPSCD.”

Detroit Public School Superintendent Nikolai Vitti tells Great Lakes Now: “I initiated water testing of all of our school buildings during the spring to ensure the safety of our students and employees. This was not required by federal, state, or city law or mandate. This testing, unlike previous testing, evaluated all water sources from sinks to drinking fountains. This past week initial results were returned for 24 schools and higher than acceptable levels were identified for copper and/or lead in 16 schools at one or more water sources. I immediately turned off the drinking water at those schools and provided water bottles until water coolers arrive.” 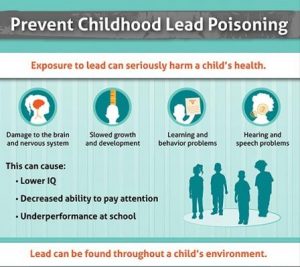 Learn about Lead, Image by cdc.gov

Superintendent Vitti says, “When I started as superintendent last year, I was notified that 10 schools were using a DiHydro filtration system. I made the decision to shut off all drinking fountains and provide bottled water and water coolers to those schools at that time because of my concerns with water quality despite the intervention. The latest water results (16 schools), coupled with those from 2016 (10 DiHydro schools) and follow up results in the spring of 2018 for schools identified with concerns in 2016 (8 schools) in the spring, brings the total number of schools with water quality issues to 34.”

Superintendent Vitti says there’s no evidence right now of copper or lead in the more than 50 other schools in the district, but he says, “Out of an abundance of caution and concern for the safety of our students and employees, I am turning off all drinking water in our schools until a deeper and broader analysis can be conducted to determine the long-term solutions for all schools.”

Great Lakes Now contacted The Michigan Department of Environmental Quality to find out more about the rules regarding testing of water for public schools. MDEQ Public Information Officer Tiffany Brown says, “There are no government regulations requiring the testing of water at schools. The department is contacting the school system to offer assistance and will also work with their water supply.”

Thomas Lyon who holds the Dow Chair of Sustainable Science, Technology and Commerce, with appointments in both the Ross School of Business and the School for Environment and Sustainability at the University of Michigan, says “It is deeply disheartening that Detroit schools have these water problems. Still, it is encouraging that Superintendent (Nikolai) Vitti had them tested and responded quickly when the results showed elevated levels of lead or copper.”

Lyon says, “If there is any positive legacy to the Flint disaster, it is in creating greater awareness of threats to safe drinking water and the need for vigilance. Even if the municipal water supply system is providing high-quality water, old water pipes in buildings can cause contamination. It is a good sign that Detroit is taking proactive measures to protect its school children.” 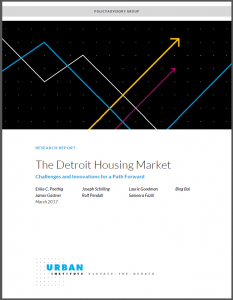 The Detroit Housing Market, Report by The Urban Institute

Liz Kirkwood, Executive Director of the organization called FLOW (for love of water) based in Traverse City tells Great Lakes Now, “Today’s news is simply horrific. As of now, we have no idea how long the young minds and future generation of Detroit have been exposed to harmful levels of lead and copper.  Moreover, the joint statement from DWSD and GLWA brings no comfort to Detroiters as these agencies blame aging school infrastructure for this public health crisis.  What other aging infrastructure must be tested for lead service lines? According to the 2017 report authored by the Urban Institute, eighty percent of Detroit’s housing supply was built before 1960.”

Simone Lightfoot, National Director of Urban Initiatives at the National Wildlife Federation blames Detroit’s water problems on the emergency manager systems that usurp statutory regulations, offer inadequate transparency and woefully unacceptable record keeping.” The state of Michigan has had some sort of emergency manager law since 1988.  This summer , Governor Snyder’s office announced that Michigan school districts and cities are collectively operating without a single emergency manager for the first time in nearly 18 years.  Lightfoot tells Great Lakes Now. “These predictable factors correlate directly to our water being compromised. ” She says, “Under emergency manager, historically steeped and common sense measures are replaced by practices such as going from no water bills to excessive water costs in Highland Park, inhumane water shutoffs in Detroit, the virtual give away of water front property in Benton Harbor and lead poisoning in Flint.  All under emergency manager governance.” 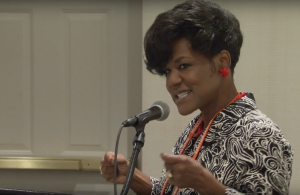 Lightfoot says the Detroit Public Schools Drinking Water Shut off should be a massive wake-up call that moves people to action in the state of Michigan and beyond. She says, “Funders and those that influence resources have to begin to value and redirect funds to resident and citizen science efforts, advocacy, outreach and community education again, particularly in urban centers.  They must understand that getting information to people, having science gathered and interpreted into mobilizing efforts, convenings centered around alternative financing and crafting water policy to hand deliver to elected officials should be a baseline.  At all levels, our current government struggles to provide basic data and thresholds, water testing, natural resource protection and science based solutions.  Without this and other needed changes, our mounting problems with water quality, availability, affordability and access have only just begun.”

“Legislators are not prioritizing the children of Detroit”

Great Lakes Now wanted to find out more about what Detroit Public School students think about the fact that they’ll be going back to school in buildings where the water is believed to be unsafe to drink. 17-year old Elisa Estrella, who’s a rising senior at Cass Tech, says when she learned the news on Instagram and Snapchat on Wednesday, “I was concerned. Like, are they going to fix it? I was thinking about what happened in Flint: they didn’t have safe drinking water for 4 years. That’s crazy.” 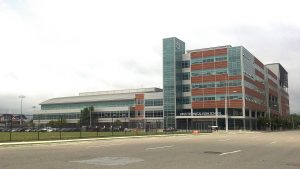 Another Cass Tech student, 17-year old Pamela Beltran, tells Great Lakes Now the news is “disheartening.” But she says, “I’m not really surprised. Detroit Public Schools have the lowest resources but we’re expected to perform at the highest standards. This demonstrates how legislators are not prioritizing the children of Detroit. We’re not getting the resources we need.” Great Lakes Now contacted the students with the help of the citywide education organizing network in Detroit called 482Forward.

“We are fully supportive of the approach Dr. Vitti has taken to test all water sources within DPS schools and to provide bottled water until the district can implement a plan to ensure that all water is safe for use. We will be supporting Dr. Vitti in an advisory capacity through the health department and the DWSD has offered to partner with the district on any follow up testing that needs to be done. We also will be reaching out to our charter operators in the coming days to work with them on a possible similar testing strategy to the voluntary one Dr. Vitti has implemented. “

Great Lakes Now also contacted Michigan Governor Rick Snyder’s office. Deputy Press Secretary Tanya Baker says the Governor does not have a statement at this time but says the Governor’s office has asked the DEQ to look into the matter. 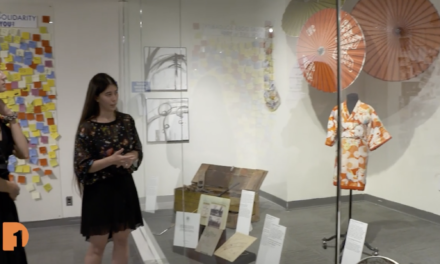 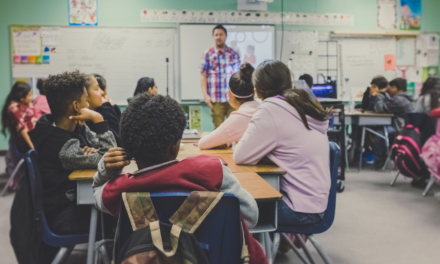 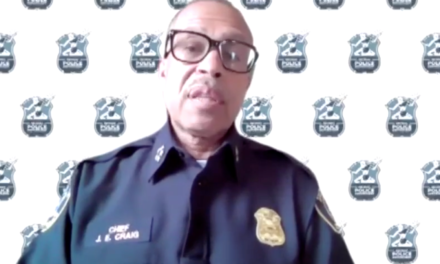 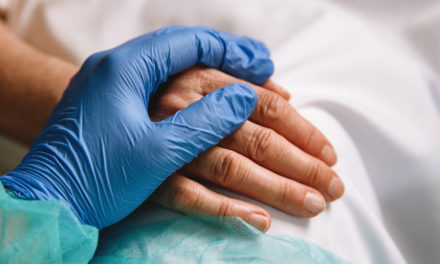