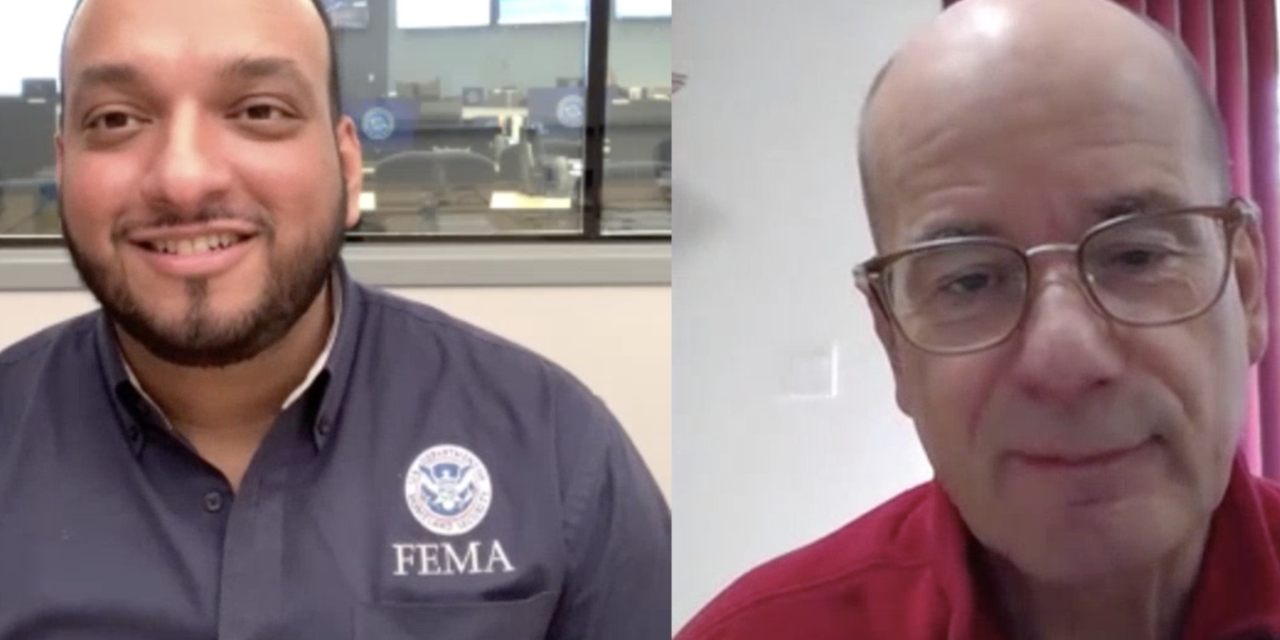 Nolan Finley recently talked to James Joseph, administrator for Region 5 of the Federal Emergency Management Agency, or FEMA, as he was organizing in Lansing, Michigan. A transcript of their conversation provided below:

Nolan Finley James Joseph, administrator for Region 5 of the Federal Emergency Management Agency, welcome to Michigan. You’re in Detroit, in Lansing these couple of days, checking on things here. Welcome to One Detroit.

James Joseph, Region 5 Administrator, FEMA Well, thank you so much. Thank you for having me in your beautiful state.

Nolan Finley Well, let’s start, if we can, by talking about what is FEMA’s role in this crisis, in this pandemic. A lot of different agencies, state and federal, doing things. What is FEMA’s role? What is your job?

James Joseph, Region 5 Administrator, FEMA Just like you said, there are a number of agencies that are doing things at the local level, the state level and of course, at the federal level. And the president several weeks ago placed FEMA in charge of command and coordination and helping support the states in their needs as it relates to Covid-19. Now, while FEMA may be in charge of some of the logistical operations and supporting the states, it’s a unified command group. So both at our headquarters and at every FEMA region, there’s 10 FEMA regions across the country, we have FEMA, Asper and Health and Human Services working together in a unified command. So at my office in Chicago right now, there’s FEMA, HHS and Asper working together on all aspects of coordination and support to the states and communities in any response, and that includes multiple federal agencies that are assisting us as well. So, for example, the Veteran’s Administration, GSA, Army Corps of Engineers and the like.

Nolan Finley So your agency is involved in emergency preparedness, correct?

James Joseph, Region 5 Administrator, FEMA Well, I think there’s been a lot of discussion and a lot of commentary made that the federal government wasn’t ready or that FEMA wasn’t ready. And I think there’s been a lot of individuals who believe that FEMA should be the only one that has a plan for emergencies or has a plan for a pandemic. But actually, if you look at the way things are structured, all emergencies, all disasters are federally supported, state managed and locally executed. So while FEMA does planning work, while FEMA does work in a lot of preparation and preparedness for events, a majority of the responsibility is upon the state and the local governments to have their plans and where they are overwhelmed at the state level, that’s where FEMA supports. It’s no different than any other emergency or disaster that we support states in responding to. And so if a state is overwhelmed in any one area, that’s where FEMA provides support. We see that very often when there’s large scale tornadoes, we see that with wildfires. We see that, of course, with hurricanes that we see almost every year. So very severe hurricanes that we’ve seen in the last several years. So we’re working in support of the states, of the communities. So right now, as personal protective equipment, ventilators, things of those, of that nature, are states are having a difficult time in sourcing or filling, the federal government is helping stopgap until they’re able to make more purchases and fill additional orders.

Nolan Finley So the shortages of personal protection equipment and ventilators, it’s been going on for a few weeks now. What’s the status today? Where are we in getting local hospitals and states, the equipment they need to both treat patients and protect their health care workers?

James Joseph, Region 5 Administrator, FEMA Sure. So as it relates to the treatment of patients, ventilators is something that we’ve seen in high demand. And as many states were sounding the alarm that they would need thousands of more ventilators to take on the surge of patients that they were expecting. So, no, there’s a couple of things that are positive as we see that mitigation is working and as we see that the state home orders have had a positive result on slowing the increase, increased number of COVID-19 patients and subsequently the number of hospitalizations that are required, we have seen the demand for ventilators decreased a little bit.

But however, with the ventilators, the federal government does have from the strategic national stockpile and also from the Department of Defense, we’ve been working very closely with states, not just to say that they need not just to understand if they need a thousand ventilators over the next several months. We’re trying to find out what they need over the next several days, several weeks, and we have been able to meet the need of states and communities and hospitals by providing ventilators, and as we continue to see the number of cases decreased in certain areas, those ventilators are being redeployed around the country as well.

We, the Federal Government are chartering aircrafts to bring those items here within three to four days. And then they come into the United States. They go to those medical distributors and they’re able to use their existing distribution network to get them to the counties, the hospitals that need them the most. So right here in Michigan in the last 10 days, over six hundred thousand N95 masks have been delivered through that air bridge, over a million masks, surgical masks, over a million surgical gowns. That’s just the type of way that we’re supporting states, counties and the hospitals that need to protect our frontline workers.

Nolan Finley So James Joseph, Region 5 Director of FEMA, what shape are we in in this region and what does Region 5 cover? What how many states?

James Joseph, Region 5 Administrator, FEMA Yes. Region 5 covers six states. That’s the states of Illinois, Indiana, Wisconsin, Ohio, Minnesota, and, of course, the great state of Michigan where I’m sitting right now. And so, we’re continuing to support all the states in all their needs. We’re finding ventilator needs in some states. We’re also finding that in some communities, in other states, there’s been an impact on donations to food pantries. So, the ability to have shelf stable meals to provide to the vulnerable that need additional assistance during this time, we’re helping with food services. We’re helping with alternate care sites such as the TCF Center and another one that’s being set up in Novi to really help with hospital capacity as we see cases increase in hotspots like Detroit. We know that there’s going to be a shortage of beds potentially, and we’re working with the state and the city and that’s what TCF is. TCF Center is up and running as an alternate care site to take on patients so that hospitals could leave some of the beds in ICU capacity available for those that may need more acute care.

Nolan Finley So, Joe, so where are we? Do you think, in your opinion in this crisis, are we peaking or are we beyond the peak? Is the worst behind us?

James Joseph, Region 5 Administrator, FEMA It’s hard for me to say if the worst is behind us. I think we’re seeing the signs, new signs, that new data every day. What’s been positive over the last couple of days, not just geographically but nationally, we’re seeing the curve start to flatten. And like I mentioned earlier, it’s because that’s the positive benefit of mitigation. So while we see the curve start to flatten, we really want to see that curve drop downward. We need to get towards zero cases. That’s where we, of course, want to be. But we need to be cautious. We can’t take our foot off the gas pedal. We need to ensure that we’re continuously prepared. We need to ensure that there is PPE that continues to flow. We do ensure that we’re continuing to work with states and communities to assess hospitals and their capacity. We need to ensure that the needs of the states are being met because we don’t know if this could increase again. We don’t know if there’s another wave behind it. All I know right now is we’ve done a lot of good for America in the last five weeks and we want to continue doing that so that we are ready. Should we see a started to increase again.

Nolan Finley And will we have the equipment we need to sustain us through the rest of this crisis?

James Joseph, Region 5 Administrator, FEMA We will. There is a continuous supply chain task force that is continuously sourcing PPE to bring it into the United States. There is ventilator orders and purchases that are being made. We’re working creatively. We’ve worked with corporations that have received FDA approval to sanitize, safely sanitize and an individual could re-use their N95 mask, which limits the burden rate of PPE. So the federal government is making significant investment. We continue to support the states. That is the task of the–that is the direction of the president, the White House task force and the FEMA administrator, and we will continue to do that on a daily basis.

James Joseph, Region 5 Administrator, FEMA Well, I think there’s a great relationship at all levels of government. I’ve known Major McGowan, who is in charge of the Emergency Management and Homeland Security Division here for several years now. This is not my first time here. I walked in today and saw some of our partners from the National Guard and one of the generals said, hey, this is exactly why we practice. This is exactly why we exercise together. So when we’re in a real world event, we’re not meeting each other for the first time. We already know what the capabilities are of the state of FEMA. We know what skill sets we can bring to bear in management of this crisis. I’ve spoken to Governor Whitmer often. I speak to her governor’s office almost on a daily basis. We have an excellent working relationship, as does the White House with the state of Michigan. And we’re going to continue to support the state of Michigan in every way that we can.

Nolan Finley In terms of emergency response, the things that FEMA does, is it under control here?

Nolan Finley James Joseph, administrator, Region 5, FEMA. Thanks for joining us on One Detroit today. Appreciate it. 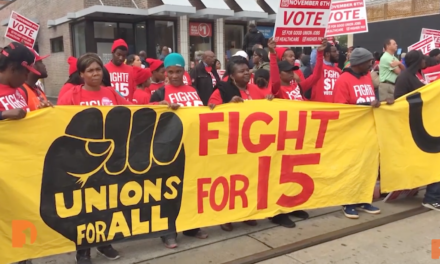 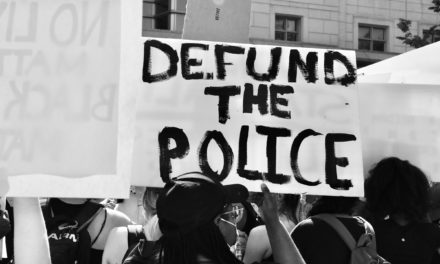 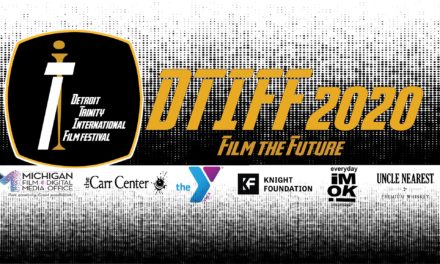 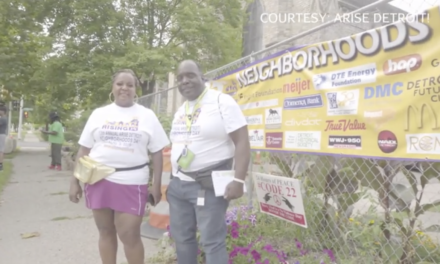