“Can you log on? How do you log on? Is there going to be learning loss? We pretty much know that remote learning […] in the spring didn’t work out very well. How is it going to work out in the future? I think right now we’re still in the beginning of school year, whether it’s New York, Georgia, Texas, California, wherever. You know, we haven’t really gotten into teaching and learning yet because we’re so really involved in keeping the pandemic at bay and getting kids online.”

One Detroit Contributor and American Black Journal host Stephen Henderson talks with Erin Einhorn of NBC News and Chastity Pratt, Education Bureau Chief at The Wall Street Journal, about the biggest issues facing not only local districts but also nationwide as students go back to school.

Catch the interview here and on-air tonight at 7:30 p.m. on the One Detroit Education Special: School Daze.

Stephen Henderson We’ve seen local school districts open in the last few weeks across the state. Give us a sense of how things are going and what the biggest issues that districts are coming across at this point.

And lots of people are having a really, really, really hard time, especially families with special needs, families whose kids were behind academically, for whatever reason, really need that extra support.

And these kids are online and the connections are dropping and the audio is dropping out and the computers are losing their their connections. And it’s really hard to stay online. And then for kids who are going to school in person, there’s that fear. You know, is there going to be a case? I mean, so far in Michigan, I think we’ve only had maybe, you know, twelve, you know, actually, I think the numbers are coming out. They’ve been updating them regularly and the numbers are going to come up, and there’s that fear. Is my child going to be exposed? For teachers: am I going to be exposed? Is my family going to get sick?

Stephen Henderson Chastity, this, of course, fits into a national context where we see lots of other states take different approaches than we are doing here in Michigan. Some of them are doing the same. New York is a place where schools recently opened. And you you’re sort of responding to that. Give us an idea of how we compare to everybody else.

Chastity Pratt, Education Bureau Chief, The Wall Street Journal  Well, Stephen, it’s like Erin was saying, all of those fears that parents and families and educators had coming into the fall are now just crushing down upon us. There are, of course, you know, how do you keep kids safe? How do you test for surveillance testing and make sure if someone gets it that they won’t infect the class? And then the parents and community spread and that, you know, that whole avalanche, there’s that fear that’s everywhere. That’s not just Michigan. It’s everywhere. And and, of course, you know, the issue with: can you log on? How do you log on? Is there going to be learning loss? We pretty much know that remote learning in the fall–I’m sorry–in the spring didn’t work out very well. How is it going to work out in the future? I think right now we’re still in the very beginning of school year. We haven’t really gotten into teaching and learning yet because we’re so really involved in keeping the pandemic at bay and getting kids online. New York City started school today for preschool. It’s their third attempt at reopening, right. They’ve delayed it twice.

Next week, you’ll see your middle school and high school kids join in. And New York City is going to be sort of a beacon of New York City can do it. You know, everyone can. Do they have a million students? Right. Think of it this way. Out of the seventy five largest school districts in America. There’s only a handful that are offering, you know, in-person learning because it’s all of the risks it takes at the cost of all of that.

Erin Einhorn, National Reporter, NBC News And I think it’s also worth noting that of the other kids who don’t have the option to go in-person, they are significantly more likely to be low income. They’re significantly more likely to be children of color. They’re significantly more likely to be those children who most need the face to face, who most need the extra attention and who are least likely to have the technology at home, the Internet connection at home, a parent who is home to help them. Or a child of a caregiver who’s home to help them. The kids who need to be in the classrooms most are the ones who aren’t in the classrooms. And how that’s going to look, you know, it will state, you know, states are mostly are all going to be required to give tests in the spring, high stakes tests. And, you know, I don’t I mean, I can’t even begin to imagine what that’s going to look like.

Stephen Henderson That’s what I want to sort of do in the last couple months here is cast forward a bit. It seems like this is this is a change that is going to be with us for a while. The requirements to try to manage around the pandemic aren’t going anywhere. And so I wonder if there are conversations taking place about additional kinds of changes that will be required to keep schools going.

Chastity Pratt, Education Bureau Chief, The Wall Street Journal Well, you’ve seen a lot of your larger school districts kick the can down the road. ‘We’ll decide later if we’ll let the kids come back’ because they don’t know how the community spread is going to look, especially when flu season starts, right? So there are all those issues that, like Erin said, testing is going to be a big deal. Standardized state tests. Already we know that ACT and SAT are mostly out the door in two thirds of colleges.

So what about standardized testing? If you know you don’t have to take the SAT and ACT mostly, why should you have to take third grade reading tests remotely from, you know, your bedroom? How is that going to work out? So and then we still don’t know what’s going to happen with the federal stimulus package. Is there going to be some relief for schools? Is it going to be enough? So right now, unfortunately, we’re still in a wait and see and a lot of different states all over the country.

You can find more at OneDetroitPBS.org or subscribe to our social media channels and sign up for our One Detroit newsletter. 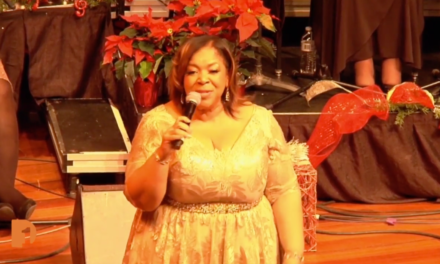 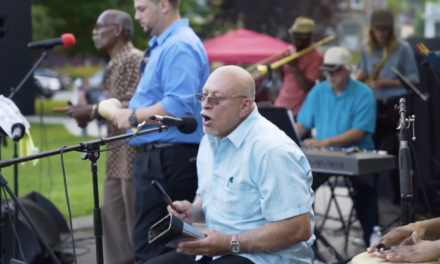 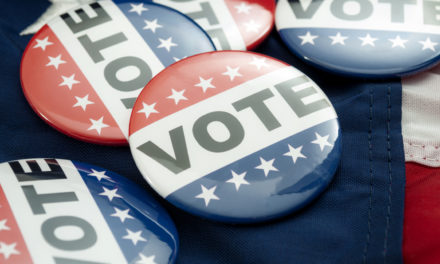