Detroit recalls with love and admiration an artist who transformed our physical and creative landscape and helped define our city. Watch the full interview above, view his work in several metro Detroit location. Click on the points on this map to learn more. And zoom out to see a few more Michigan locations where his work is on display.

Read the full letter from our CEO:

Charles McGee, Detroit’s legendary and beloved artist, passed away last week at the age of 96. But fortunately, his art will remain a lasting reminder of his genius and his generosity.

You don’t have to wander very far into the public spaces of this city to encounter his legacy – from the 11-story high mural, “Unity,” on the side of a downtown building to “Blue Nile” greeting passengers as they exit the People Mover at the Broadway station.

And you don’t have to talk to many Detroiters before you find someone whose life was enriched, enlightened or inspired by the man who was a creator, a mentor, a scholar, an educator, a gallery owner, a veteran and a lifelong advocate for this city and its artists.

Although he was exhibited and celebrated nationally and internationally, McGee chose to remain in Detroit and was firmly rooted in this city. And it may not be too farfetched to say that McGee has more claim on being the Spirit of Detroit than the big green statue outside city hall.

Rochelle Riley, the director of Arts and Culture for the City of Detroit, offered these beautiful words about McGee’s abiding influence on this city:

“Detroit is held up by pillars of genius. Charles McGee was one of those pillars. He represented the greatness of our city. That he was at his best late in life is a testament to the idea of never giving up. That he nurtured the future genius of thousands of students is a testament to his character.

“He helped define Detroit. He changed our view of the world and the world’s view of us. We have lost a pillar, a genius and an everlasting soul.”

At Detroit Public TV, we were fortunate to interview McGee for “Detroit Performs” in 2017, the year after one of his monumental works, “United We Stand,” was unveiled at the Charles H. Wright Museum of African American History.

We let the great artist tell his story in his own words, and it is a study in humility and humanity:

You can see the full interview above.

Born into a sharecropper’s family in North Carolina, McGee was brought to the Motor City by an aunt when he was just 10. For this fact, esteemed arts writer and critic Michael Hodges says, “Michiganders should be eternally grateful.”

Michael Hodges, who covered the city’s art scene for years at The Detroit News, had this to say about McGee’s legacy:

“The longtime dean of Detroit artists leaves us an inspired collection of idiosyncratic sculpture, much of it on city streets, and paintings in countless collections including the Detroit Institute of Arts.

“At the latter, his huge ‘Noah’s Ark: Genesis’ with its two abstracted figures – both whimsical and downright alarming – is a visual feast. You can’t take your eyes off it.”

Hodges also recognizes that McGee’s influence and impact extend far beyond the wonderous body of work he left behind.

“McGee was famously generous with his talents – founding Detroit’s first gallery devoted to Black art in the late 1960s and mentoring generations of students at Eastern Michigan University, the Birmingham Bloomfield Art Center and the Scarab Club,” says Hodges.

“His departure is a seismic loss for the region.”

In his lifetime, McGee received numerous awards and tributes. He was named the first Kresge Eminent Artist, which is as high an honor as an artist can obtain in this city.

“Charles McGee’s influence on Detroit looms as large as his towering downtown murals — he literally beckons us to look up from the everyday, the humdrum,” said Rip Rapson, president and CEO of The Kresge Foundation, in a statement issued this weekend. “His art is kinetic. He celebrates perpetual motion in a way that’s befitting for an iconic artist of a city that put the nation on wheels and in motion. His art proudly displays its African American roots — and affirms life itself.

“As our first Kresge Eminent Artist, named in 2008, Charles set the bar for excellence and achievements in his artistic forms, and for his contributions to the cultural communities of metropolitan Detroit. He will be missed even as we reap the rewards of his long, productive life far into the future.”

At The Kresge Honors gala in 2019, spoken word artist Mike Ellison offered a powerful and poetic tribute that truly captured McGee’s eminence. You can enjoy the performance on our website, but here is a sampling:

“His resounding body of work boundlessly expanding like love replenishing waning spirits, lifting us, gifting us, with sustenance and convenance painted lyrics.”

For a journey through the amazing mind of this master artist and how he conceptualized and constructed his work, I refer you to a lecture he gave at the University of Michigan Penny Stamps Speakers Series in 2007.

He discusses an idea that informs much of his art and that he returns to often in his talks:

“The logic found in nature’s system of opposites, which governs universal order, is the source from which I constantly borrow and rely on to construct my imagery. It is also within this broad organizational context that my life takes form and has meaning.”

Chrisstina Hamilton, director of the esteemed Penny Stamps Speakers Series, hosted the event: “Detroit has lost a legend and one of its most prolific creative citizens. The great fortune we have is that the legacy of Charles McGee lives on around us and his work will continue to give his voice to the fabric of the city. He delighted audiences when he spoke in the Penny Stamps Series and presented his then 55 years body of work.

“His generosity, intelligence and humor will be greatly missed.”

Tributes to McGee continue to resound throughout the city.

“Charles McGee was a master visual artist of the highest magnitude,” says Charles Ezra Ferrell, senior vice-president for Development & Global Programs at the Keiga Foundation and a tireless proponent of the arts locally and globally. “Encoded in his paintings and sculptures is a deep sense of constant motion, commanding harmony, crystalizing unity and calming balance – the very essence of Nature, the muse from which all great artists draw their inspiration.

“The immense creative energy infused in McGee’s works strategically placed throughout Detroit’s landscape will continue to breathe new life into this city and inform future generations. Despite his physical departure, through his powerfully creative visionary works, Charles McGee lives!”

Kresge’s Rip Rapson concluded his statement about McGee’s passing this way: “On behalf of the entire foundation, our hearts go out to all who knew and loved Charles.” 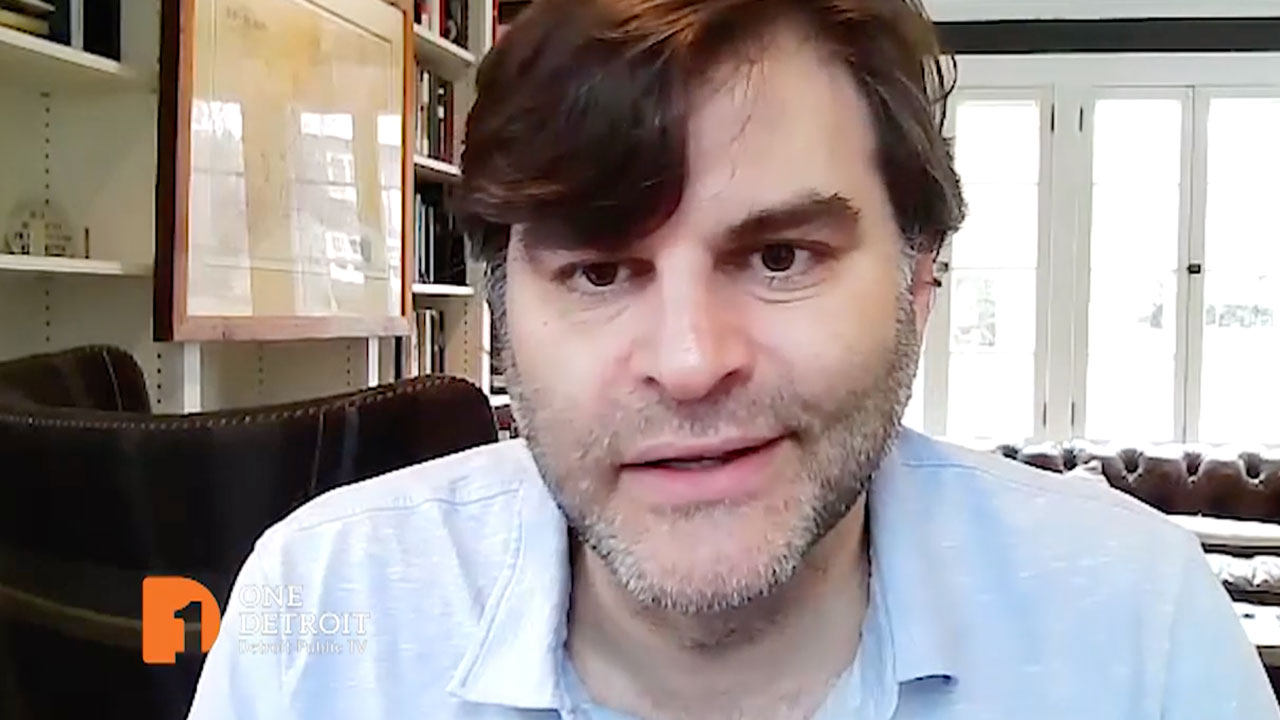 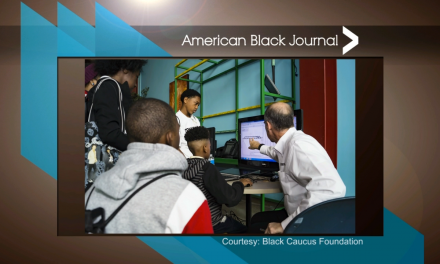 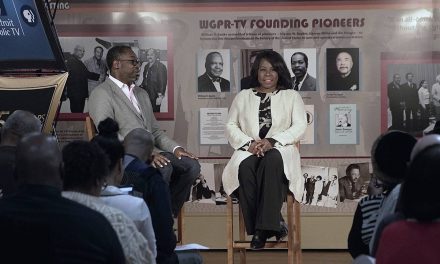 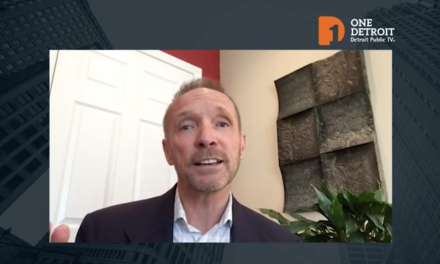