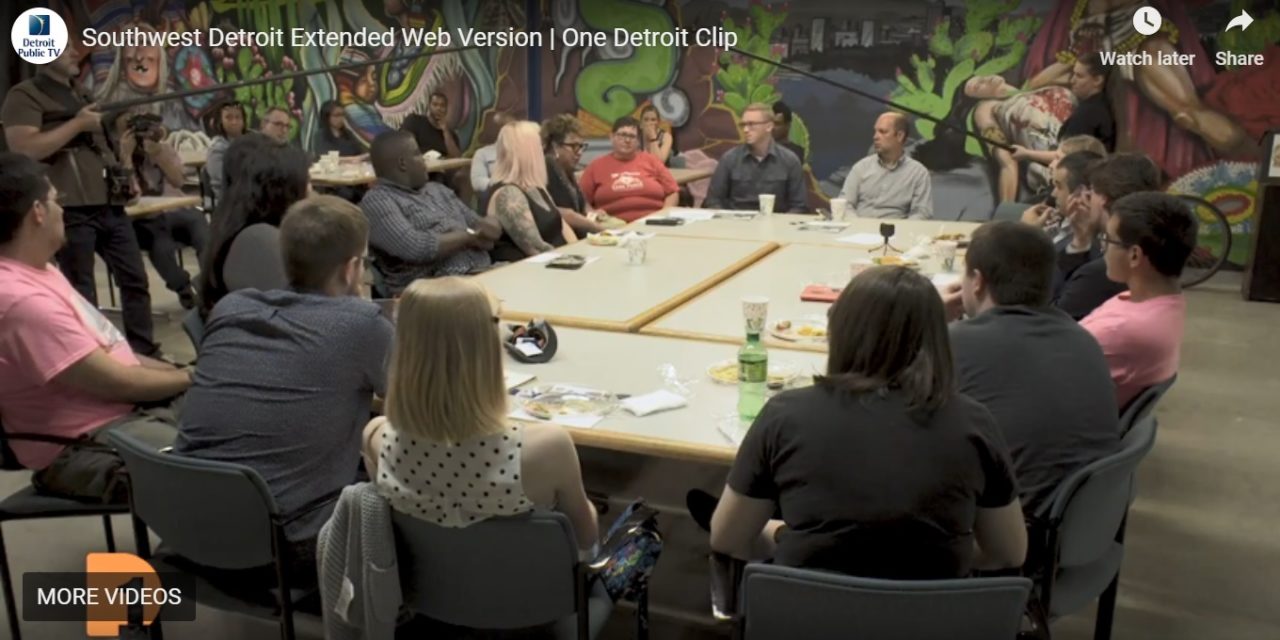 A few days ago at a community meeting in the Detroit Hispanic Development Corporation, the One Detroit team, along with our partners at CDAD (Community Development Advocates of Detroit), got to hear about the real issues that people in the Southwest Detroit community are facing.

A group of about 20 talked about feeling like they’re part of a changing city, immigration, pollution, and more.

See an extended version of their conversation below:

Maria Salinas, Executive Director, Congress of Communities:
We got more documented people getting documented, in the process, less DACA, you know, you know, we have been working as a community to get it right. We tell our people ‘we gotta get it right’ because this trauma has got to stop.

Troy Anderson, Communications Manager, CDAD:
Wanted to open up maybe the conversation again and see maybe some of the issues and projects and things that you all are dealing with within the Southwest Detroit context.

Lex Zavala, Director of Programs, Detroit Hispanic Development Corporation:
Being a lifetime resident of of Detroit, um, my family got to Corktown in the 1890’s and growing up, everything from the Lodge freeway to River Rouge, from Jefferson to Warren, was Southwest Detroit. Um, Corktown was still Corktown, but this is where our families were all our families came from. This was the original immigrant neighborhood here in Corktown. Over the last 7 years or so, the Hispanic community has completely disappeared from this area. We are probably the last residents left in Corktown of the Hispanic community. The reason we moved here is because this was neutral gang territory. Um, our grandparents lived here so nobody really messed around here. You know, it was kind of off limits, and Southwest Detroit was an island that nobody gave two S*** about. Not the city, the government, no development, nothing. Nobody came to Southwest Detroit. Southwest Detroit grew its own profits, it grew its own business district. It grew everything out of necessity that no one was coming in to save us. And now that we have built this beautiful community, we are being pushed out by development. This new Detroit isn’t for everybody. We created this greatness, and now other people are profiting from it.

Maria Salinas, Executive Director, Congress of Communities:
I also come from immigrant parents, my dad was Italian and my mother’s Mexican. And they came in the early 1900’s, landed in Southwest Detroit. So I know Corktown very well because of my fathers heritage, and I know Mexican town very well because of my mother’s heritage. I was born in the 48217 area, lived there for 40 years. I just came off of Rosa Park and I I I didn’t even know if I was turning right on Trumbull because of all the new development. And I’m I’m here all the time. People don’t want to say its gentrification, you know, but it is gentrification. And it’s not about, it’s not about a…it’s about a culture not a race, right now. Because I have my white allies’ residence in corktown that are just as scared. And so they’re losing their piece of the pie too. And so now it’s about the green, you know, it really is about classism vs racism. I mean our neighborhoods are struggling.

Annie Byrne, VP, Springdale Woodmere Block Club:
There’s this thing going on that we need to develop Detroit, and Detroiters have been developing all along. We have upped the game on what is community engagement, trying to get that right. And we’re going to other meetings, development meetings, you know, we go to a development meeting for something in Corktown and we’re told we gotta get this done by such and such because thats this corporation’s timeline. What on earth does that have to do with our timeline?

Cristina Ruiz-Mazon, Parent Educator, Detroit Hispanic Development Corporation:
The other concern that hasn’t been addressed here is our Latino population that is undocumented, and how many times that’s a barrier for even citizens of the United States. They’re children who are born in this country have difficulty with making those roots that you were talking about because they’re not able to identify. They’re not able to root themselves and say ‘I belong here’. They’ve came to the program but at home they’re living a different situation where at any time they’re gonna be unrooted for where they’re at. They’re gonna be sent to their countries or they’re gonna have to stay with an uncle or an aunt and their family dynamics is gonna change. And unfortunately it holds the youth back. And that families have to struggle through this, we have moms coming to our facilities crying because they don’t know how to help their youth.

Troy Anderson, Communications Manager, CDAD:
One of the hot button issues is should citizenship should be included on the upcoming census form and I just wanted to get some of the perspective from you all who are working on kind of policy and this heavy immigrant community about that in particular.

Maria Salinas, Executive Director, Congress of Communities:
I know we gotta get counted. I know the resources that are not coming to us, per person, in our city to our communities because we’re not counted. However, with this administration, and this not knowing, if that box goes on there it’s gonna be really hard. It’s gonna be really hard, i’m not saying i’m not gonna…but it would be really hard for me to promote to get counted if you have a chance of getting…if you are undocumented and you have a chance of being deported.

Christine Bell, Executive Director, Urban Neighborhood Initiatives:
Undocumented families right now, because of this administration, are scared to even go to places that might be connected to government entities. I have witnessed families being destroyed, and no one will risk that.

Troy Anderson, Communications Manager, CDAD:
The president recently said that he was gonna move forward with executing mass arrests and deportations in immigrant communities and I wonder…some of the kids that I coach, they…I’d hear them talking these are 8 and 10 year olds about people getting arrested in southwest and um ICE break-ins and things like that so I just wanted to get some perspective directly from you all who live and work here.

Lex Zavala, Director of Programs, Detroit Hispanic Development Corporation:
When you have your parents go to the grocery store and never come back, that’s terrorism. They’re terrorizing our community. They’re locking our children in cages. They’re putting our men in cages so small that they’re standing on toilets for breathing room. Our community is suffering. These are real people. These are babies that are given little metal blankets, you know, not even cots to sleep on.

Annie Byrne, VP, Springdale Woodmere Block Club:
When there was talk of ICE raids on churches. People were going places and getting instructions as to how far they had to stand away to video, what they could do to form a human barricade, you know, how to, you know, getting trained from 60’s activists how to lock arms and lay down and go limp to block a doorway to a church. And…those plans exist in this community. You never know until the question is called how many people will stand up if that happens.

Maria Salinas, Executive Director, Congress of Communities:
We got more documented people getting documented, in the process, less DACA, you know, you know, we have been working as a community to get it right. We tell our people ‘we gotta get it right’ because this trauma has got to stop. Not everybody is undocumented either, lets get it right. You know, I think there’s a perception and we need to shift that narrative. We got kids going to Harvard and Stanford and Princeton. We got kids going you know, graduating from high school. Our graduation rate is up, our college rate coming out is up, so watch out, because eventually our numbers dictate that the population is gonna shift, and we gotta come together. This separation is uncalled for.

Annie Byrne, VP, Springdale Woodmere Block Club:
There’s a linguistic thing that’s going on here too. When we say ‘undocumented’ we need to talk about why people are undocumented. People don’t just jump on a caravan on a whim, they’re fleeing. They’re leaving corrupt governments. So We have people here who are undocumented for one piece of paper. They need their high school diploma, they need a birth certificate, they need…okay and they gotta go home, risk trying to get back here, and now can’t come back here. To go pay some corrupt official in their home country $5,000 to get a birth certificate. That’s not exactly undocumented…that’s robbed of your identity and your ability to prove who you are and that you can be here.

Lex Zavala, Director of Programs, Detroit Hispanic Development Corporation:
Southwest Detroit is a border town. The right to search and seizure, through the entire state of Michigan, is out the window. So ICE, and border patrol, and customs and all these people run through our neighborhood, it’s like shooting fish in a barrel. So they’re running around here being able to do whatever they want to do, harassing kids playing in the park because in the state of Michigan the constitution does not apply because we are 100 miles within the border.

Justin Onwenu, Organizer, Sierra Club:
I think we’ve talked a lot about development, immigration, education, school absenteeism, all of these issues I think have to do with the types of environments people live in. and a lot of that has to do with all of the pollution and industry and toxins that are literally pumped into people’s bodies and lungs on a daily basis. And I think it’s important to recognize that all of that industry and all of that poisoning that’s going on lasts for generations and lasts for decades. And you know, Asthma is really linked to school absenteeism and so if industries are responsible for, you know, the asthma and the upper respiratory issues that people are having, no wonder we have children that are not going to school as often because they’re having breathing issues.

Maria Salinas, Executive Director, Congress of Communities:
What has happened in our community is really awareness, and people not understanding that if we don’t do something, you know, I’m like community benefits should be building us another clinic. We have Chass clinic, and it addresses our low-income population but we need another clinic because we’re getting ready to expand another bridge, you know we got all these trucks coming over, we’re gonna double that. I feel like somehow that those conversations have been kind of shut down in a way. Where there were very, it seemed like the Urban Research Center came out of University of Michigan, I worked for U of M, and did an asthma project. I personally have chronic asthma. I grew up in the 48217 area and that’s where my house was for 40 years. So we’re doing…we’re making our own agenda. We are very collaborative and we partner a lot and we are creating our own community plans and agendas and we’re gonna continue doing that, because like I tell people, I’ve always been a risk taker and rule breaker because the rules were never made for my people. 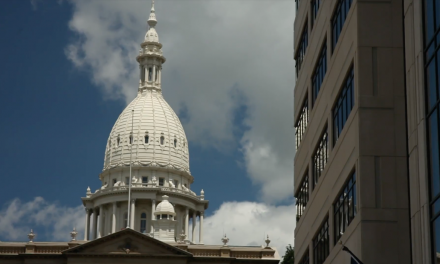 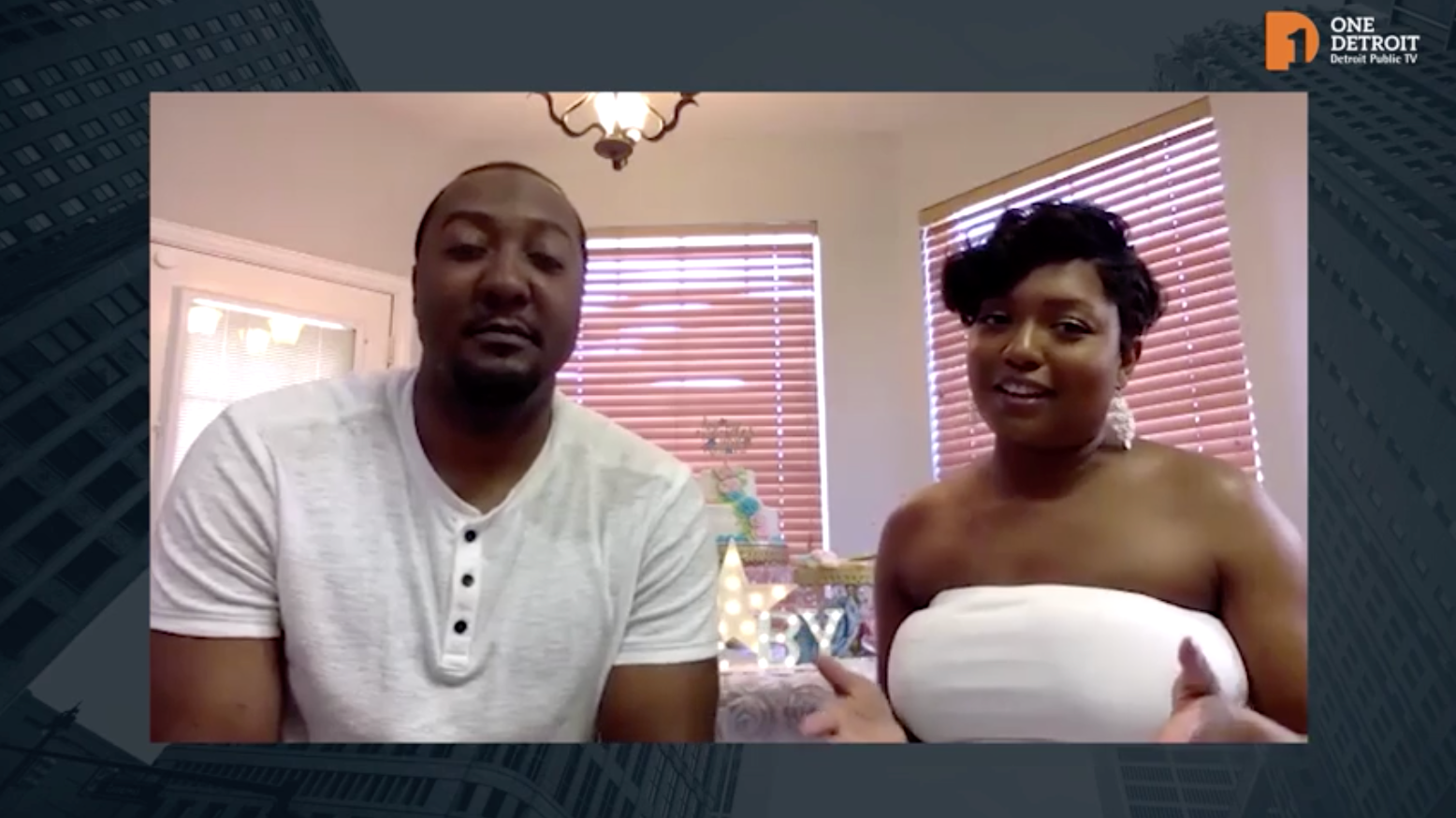 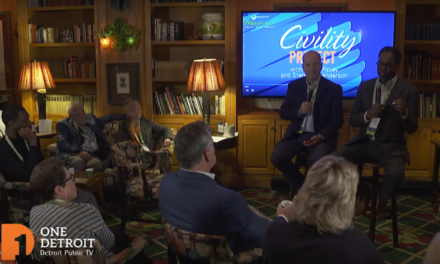 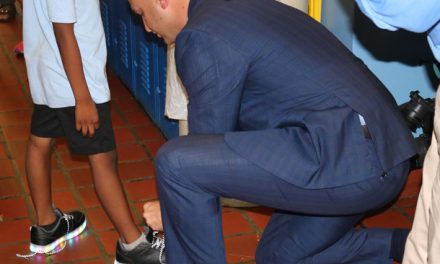