One Detroit contributors, Stephen Henderson from American Black Journal, and Nolan Finley from The Detroit News talk about the Gary Peters / John James Michigan Senate race and how it may come down to the wire on election night.

Nolan Finley Steve, how do you read the Gary Peters, John James Senate race in Michigan?

Stephen Henderson So it’s definitely a closer race than the presidential race by all the polling. I think John James, who we’ve seen before in a Senate race two years ago, has run a better campaign this time. His commercials are actually really, really resonating, I think, with people. You know, I think he he probably doesn’t win because because of the tide against Republican candidates. But I do think that one of the reasons that you are still seeing the national campaign here in Michigan is worry about that Senate race. The presidential contest is over. I think everybody kind of realizes that. But if you look at the places that the president is going, it’s places where Republican turnout is the concern. And you’ve got to get Republican votes even if they are not going to necessarily change the presidential outcome. That senate seat is something that nationally Republicans have their eyes on and they think they might be able to get.

Nolan Finley They got to win because they’re in trouble in too many other places where they have incumbents facing serious challenge. I disagree that the presidential race is over. I know the polls suggest that, but I think we’re seeing just far too much activity from both the Trump campaign and the Biden campaign. They just keep coming here, which tells me they read something in Michigan or fear something in Michigan that we may not we may not be seeing. I don’t, particularly in the Senate race,  I don’t fully trust the polls. I think they’re you look at at, you know, survey after survey saying that Republicans are reluctant to say they’re voting for Republicans, they’re voting for Trump, or they’re voting for Senate Republican candidates or congressional candidates. I think that race may be tighter than it appears. I don’t understand why why James would be outperforming the president, except, you know, perhaps that people are hedging their bet, that they they want to change the president. They want to get rid of Trump, but they don’t necessarily want to give Democrats total control of Washington. That factor may be at work, too. Otherwise, I can’t see any reason that James would be doing so much better than Trump.

Stephen Henderson So, I also think in the end, so if you go back to two years ago, he ran against Debbie Stabenow. The top of the ticket at that point was the gubernatorial race. Bill Schuette against Gretchen Witmer. Republicans lost both of those races. But if you go back and look at the vote totals, John James got 75,000 fewer votes than Bill Schuette got in that race. The falloff from the gubernatorial vote total to the Senate race to the Senate total was as big as any that I’ve seen in terms of when you when you think about I mean, people don’t vote in every and every contest. But the idea that seventy thousand seventy five thousand Republicans did not vote for John James but showed up to vote for Bill Schuette is one of the things that I think the party is looking at this time to try to mitigate.

I don’t think he will outperform, in raw numbers, Donald Trump in Michigan. But I think they want to–they think he’s closer in the percentage. And you can’t have that kind of falloff from the top of the ticket to the undercard if you can do it. Now, the other question is, what was that 75,000 vote fall off about? Now, I would say that in a lot of cases, that’s about race.

You have Republicans, white Republicans who are who live outstate here, who are just not going to vote for a Black candidate. They’ll say they say they’ll vote for Republican candidates. They say that they don’t have racial biases that would stop them from voting for someone like John James, but that kind of gap really suggests that that’s still in play. I think that is what they are trying to overcome. Now, on the Peters side, he has a kind of similar problem in that he has not connected with Black voters who are the base of the Democratic Party, the way most Democratic candidates have. And the softness in his numbers really is about these questions that that Detroiters and people in other urban communities have about. Now, he’s a first term senator. It’s harder to do that kind of thing, but that could hurt him in this race.

Nolan Finley Yeah, I mean, I had a call from a Black Detroit activist yesterday. Wanted me to put him in touch with the Peters campaign–he says, or the James campaign. He said Gary Peters, you know, has done nothing here. I want to jump in behind John James, see if I can help. I was a little surprised by that. I would disagree with you on the Republicans in turn in terms of Black Republican candidates. There are a few things Black conservatives love better than or white conservatives love better than a Black conservative because it proves to them that they’re not racist when they support that. You’ve seen that in races featuring African American Republicans across the country. I wonder if the Black Lives movement plays at all here where people look at the Senate and say, you know, we’ve got 100 senators, only three of them are African American and only one of those is is Republican. It’s time for perhaps better representation by both parties in the Senate. And it’s possible that could be at work.

Stephen Henderson Yeah, I think, you know, educated white conservatives, middle class voters. That’s true. They they love Black Republicans. They love Black Republicans like John James, who are never really going to call them out on the racial issues. I mean, you look at the way he has danced around the BLM movement, the way he’s danced around questions of systemic racism and change, and he’s played that perfectly. I think the problem he will have is with blue collar and working class white Republican voters who will say all the right things in the polls. But again, you look at the numbers. I mean, he pulled better going up to the 2018 contests than he ended up showing in that 75,000 vote drop off between Schuette and him has to be explained somehow. Why would you go in and pull the lever for Schuette and not pull it for James.

Nolan Finley I think the Republicans you’re talking about are straight ticket Republican voters anyway. They’re going to vote with the president and with the Republican Party straight down. The difference this I see this time is Republicans haven’t pulled out of this race and haven’t pulled out of the state. They left James sort of high and dry in the last two or three weeks of 2018. They’re pouring money in. This race is going to cost 100 million dollars and that should set us all back and cause us to think. You know, the race in Montana, the Senate race in Montana, 88 million. That’s about a million bucks per person out there. I mean, it’s it’s getting control of the Senate is getting to be a big money stakes game that really should startle us all. But I you know, I just close, Steve, by saying I think this is going to come down to the wire. And I do believe James, in the end, will out perform the president. I mean, he’s connecting–

Stephen Henderson That would be something if he does, yeah.

Nolan Finley –in some way. And if he pulls off an upset here, I think it would be one of the most historic upsets.

Stephen Henderson It would be a very big upset. I do think that Gary also has incredible connections with white blue collar voters in places like Macomb County and St. Clair. That that will be hard for James to to sort of get in the middle of. That’s where he’s done really well in the past. That’s how he was able to win that congressional seat early on, was with that connection that he has.

Nolan Finley But, Steve, the UAW, the UAW isn’t as active or as influential.

Nolan Finley In this election due to their own troubles. And that may be dragging James down a little bit as well. You could produce when they’re organized and ready, they can produce a tremendous get out the vote effort. I’m not sure they’re there this year.

Stephen Henderson It may not be.

It’ll certainly, I think, be the the contest that we’re watching really closely on election night. 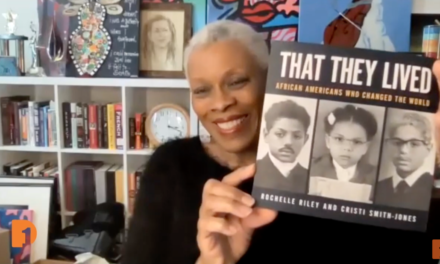 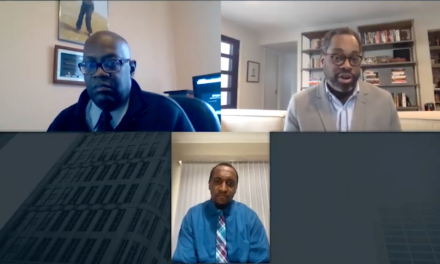 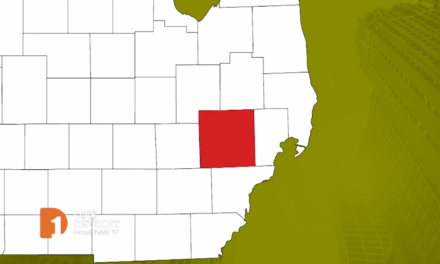 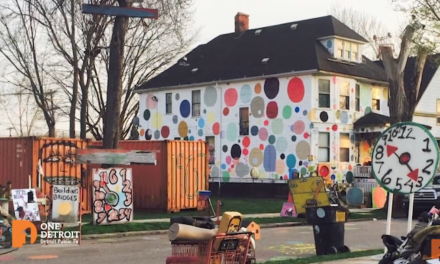 The Heidelberg Project in the Pandemic