Dingell’s book The Dean comes out this week

John Dingell is 92. He’s spent nearly 60 years in Congress, a Democrat representing districts in greater Detroit and the Downriver area. He took office in 1955, stepping down in 2015 when his wife Debbie took his place. But he’s really served longer at the U.S. Capitol, starting as a page in the late 1930s, until he took his father’s place when John Dingell, Sr. died suddenly at age 61.

Now, he’s got a book released just this week called The Dean, The Best Seat in the House.

One Detroit’s Nolan Finley, who also runs the editorial page at the Detroit News goes way back with the man who served longer in Congress than anyone. The two got together last week.

Dingell has seen every President at work since Franklin Delano Roosevelt so he has some thoughts about Donald Trump. Dingell told Finley, “I don’t think that he understands what it is he must do to be an effective president to lead the American people.”

See more of that part of the interview:

Dingell also talked about some local campaign tactics early in his career, his work on environmental projects and how embattled Congress has become. “Putting the bills together is what makes legislation that works, that saves the country,” Dingell said his friend President George H. W. Bush told him, “The wars will end at the water’s edge.” Dingell has been making the rounds in other media including writing an article for Atlantic Monthly where he says he’s an armchair activist now and has the luxury of saying things he believes should happen, not just what he thinks can get voted out of committee.

He’d automatically register citizens at age 18 to vote. No photo ID, no residency tests. He’d remove money from campaigns and fund them all publicly And he’d abolish the U.S. Senate.

He wrote that he’s having blue caps printed up with that slogan right now.

Meanwhile you can see his interview on this week’s One Detroit on Detroit Public Television hosted by Christy McDonald. It airs every Thursday at 7:30pm.

Nolan: [00:00:00] You spend a lot of time in this book talking about your family’s history in America. And I was surprised to learn that you are the skin of Polish immigrants who came here in the 19th century ended up in Texas to work in the agriculture business there.

Dingell: [00:00:25] It was a poor family they actually made several trips over to bring all of their folks into the United States.

Nolan: [00:01:05] Your grandfather was a blacksmith when he came to this country and was trying to make a living selling watermelons and he’d had about enough of that there in Texas.

Dingell: [00:01:23] well, he was trying to sell them for nickel a piece and he couldn’t sell them. So he just dumped them to the side of the road in a ditch and headed back to the ranch put the family all in a wagon and they headed all North and they kept going and going and going.

Nolan: [00:01:49] Your dad’s family came or your dad grew up here. Basically came up from the streets. Ended up as a printer at the Detroit Free Press came down with a very terrible disease they called it consumption then, it’s tuberculosis today. went to Colorado to recuperate got his start in politics out there, but then came back to Detroit. Ended up in the Congress and spent 20 years there.

Dingell: [00:02:16] He was the guy who actually led the country and Social Security most of his titles.

Nolan: [00:03:04] But you grew up in the House, John. You started as a page in the Congress when you were 11 years old. When you were 15, You were in the House chambers the day after the bombing of Pearl Harbor. Franklin Roosevelt stood up before the Congress and gave his Day of Infamy speech.

Dingell: I do because everybody knew who it was. Something very important to the future history of the world.

Nolan: [00:04:19] You got the call when you were twenty nine years old that your father had died while serving in Congress. You entered the Congress right at the height of the civil rights struggle and what you say in this book the vote you’re most proud of in Congress, was you vote your vote in favor of the Civil Rights Act, but it wasn’t a popular vote here in your district.

Dingell: [00:04:44] It was a very unpopular vote. It was a hard vote. It was not easy. It was a road which was difficult because people truthfully didn’t want it all matter of lies told about it and what it meant.

Nolan: [00:08:32] One of the distinguishing features of your career is that you were also one of the most powerful voices for the second amendment during your time in Congress. You were a board member of the NRA and a very proud and active member of the NRA for a number of years until you resigned. We are still struggling with what to do about gun laws in this country. What’s the answer there, John?

Dingell: [00:08:58] We don’t know and we may not know any time soon but the fact of the matter is, this is something that has to be addressed by and for the people so we could live together as brothers and sisters and as fellow Americans. And one of the roots of it is seeing to it that we protect mental health because without mental health we can’t protect the people of the country.

Nolan: [00:10:17] You were replaced in Congress by your wife Debbie Dingell who ran for your seat. How’s she doing?

Dingell: [00:10:23] I am very proud. I am one Who believes that she is a better congressman than her husband was.

Dingell: [00:10:35] Once in awhile, yes. And once in awhile she rejects it and once in a while. She does what she damn pleases which is usually the way it should be.

Nolan: [00:10:47] Obviously, anyone who reads this book understands the very close bond between you and your father. John, One of the things your father was very focused on was universal health care. And you introduced his bill at every, his bill didn’t get passed while he was in Congress. But you reintroduced it at the start of every new congressional term while you were in Congress. a version of it finally passed with the Affordable Care Act under President Barack Obama. What was that moment like for you. You were the presiding officer that day of the house and sat beside the president as he signed the bill. What was that moment like for you?

Dingell: [00:11:32] Great satisfaction. We have done our duty. We had served the people. We had worked with the president. We had carried out our constitutional focus and we had been truthful to the people that we owed everything to. It was a time of great urgency. It was something that was of desperate importance to all Americans.

Dingell: [00:12:06] It’s had terrible opposition. But the answer is yes. If you will go into the hospitals-I walk into hospital they say thank you Mr. Dingell and I say why they say for the bill I say why. They say because that bill is something which has made it possible for my wife or me or my kids to live. That’s damn near important, Nolan.

Nolan: [00:12:39] I’ve heard you say a number of times, John, that your goal was to make your father proud by who you’ve become and your service in the house. Do you believe you accomplish that goal?

Dingell: [00:12:51] I think history will tell us that is in we can’t say. But the answer is yes I do. And I think that it will show us more and more as time passed. Now is anybody going to remember the name Dingell? Probably not, but they will remember how to do these things. And to return the country to the ground that it should be on, so it can do, that which it should do– serve the people– for whom we take oath and say I will support and defend constitution. 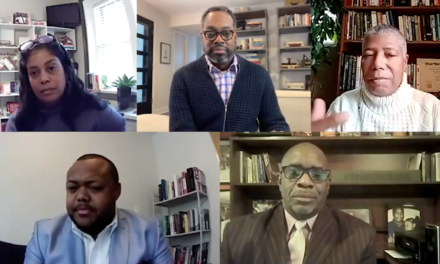 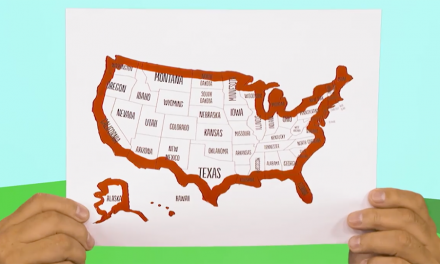 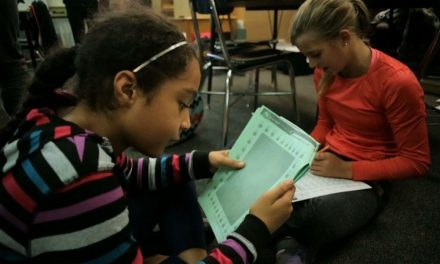 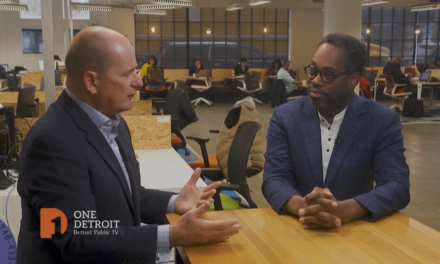