Check out the second in a series that explores different faith communities here in Southeast Michigan, where viewers get to learn through the eyes of students. It’s part of the Interfaith Leadership Council of Metro Detroit’s program called ‘Religious Diversity Journeys.’ In this video, we join local student, Kennedy, as she takes a tour of Hindu Temple of Canton to learn more about Hinduism, the 3rd largest religion in the world.

Venkatesha Hollabbi, Host, Elder  Hello, my name is Venkatesha Hollabbi, I am from the Hindu Community based in Canton. Hinduism is the third largest religion in the world, with over 1.2 billion members. So, within Michigan, we have a growing community. Right here in the Hindu Temple of Canton, we are serving over 6,000 members. Today, we have Kennedy as our special guest. We are going to take her through some aspects of Hindu religion. You know, Hinduism is one of the most ancient religions of the world, and I’m very excited for Kennedy to learn a few things about it.

Venkatesha Hollabbi, Host, Elder  Namaste, this greeting is a traditional Hindu greeting. When you fold hands, it is symbolizing that oneness. That the divinity in me is the same divinity in you. We have a lot planned for you today, Kennedy. Come on in, we’ll show you. “Namaste”, you can do “namaste”.

Kennedy, Visitor  What is the most important thing for non-Hindus to know about your faith?

Venkatesha Hollabbi, Host, Elder  There’s a lot of misconception about Hinduism, that we worship many Gods. However, it is important to know for non-Hindus that Hinduism is monotheistic. Hindus believe that there is one absolute aspect of God called “Brahman”, worship through many forms to facilitate what we call as freedom of worship and freedom from worship.  Hindus believe that God is one, and the paths to reach him are many.

Kennedy, Visitor [00:02:15] Are there any Hindu beliefs that are the most important?

Venkatesha Hollabbi, Host, Elder  Karma and dharma are the most important aspects of Hinduism. So the doctrine of karma provides the basis for reincarnation in the Hindu belief. Dharma typically means that which holds together, that which integrate, holds the entire society together. Mainly, worship is for the purification of the mind. When we worship Goddess Durga during this time, we say to remove all of our negative tendencies. Each of these Murti’s represent an ideal behind that idea. Brahma, Lord Brahma came down to this earth to show human beings how to be an ideal human being in all aspects of our lives.

Pranati Movva, Member, Hindu Temple of Canton  I think something unique about all Indian classical art forms, is that it’s a way to celebrate culture while also kind of helping us learn more about our religion. And if you see with any Indian festival, it’s a celebration and celebration of traditions, and it’s also very intertwined with any sort of religious festival. So, for example, through dance I can depict stories of Hindu gods and goddesses, and also you can kind of depict different emotions through dance. So, I think that’s something that’s really unique and something I enjoy.

Vaishnavi Jaglur, Member, Hindu Temple of Canton  So when I’m dancing, I obviously think about the next step, but also the expression that I want to put on my face to make sure it like comes across clearly.

Kennedy, Visitor  Do you have a favorite dance move?

Vaishnavi Jaglur, Member, Hindu Temple of Canton  Yeah. So, I have a few, but one of my particular favorites is like the jumping step. So you jump on your toes, and then you just land on your feet like this.

Kennedy, Visitor  Can you teach me?

Vaishnavi Jaglur, Member, Hindu Temple of Canton  Yeah, sure. So first, like spread your feet out into like a semi V-shape, and then you bend at your knees a little bit, and then you jump on your toes, and then just drop.

Pranati Movva, Member, Hindu Temple of Canton  And if you notice, when we’re doing all of our dances, you can hear the bells with each of our steps, and that’s because Bharatanatyam, which is the South Indian classical dance form that we do, it’s comprised of a lot of foot work. So when we’re moving, you could kind of hear our feet with the sound of the bells.

Kennedy, Visitor  Do you wear a sari every time you go to the temple?

Veena Venkatesh, Member, Hindu Temple of Canton  Yes, traditionally when we go to the temple, we do wear a sari with respect to the place of worship.

Kennedy, Visitor  What is this small dot that many Hindus wear?

Veena Venkatesh, Member, Hindu Temple of Canton  This is called a “bindi”. Traditional it used to be customary for Indian married women to wear it. In modern times, it has become like a fashion accessory. Before it used to be just red, now it goes the color of the outfit, and we wear it here, in-between the eyebrows to focus on the intellect.

Kennedy, Visitor  What is your favorite thing about being Hindu?

Vibha Vankatesh, Member, Hindu Temple of Canton  That everyone is equal, everyone is one, regardless of their physical form. And also, the belief that we want to give back more than we take.

Venkatesha Hollabbi, Host, Elder  I hope you had a good time learning about a thing or two about Hindu culture. Come again some Sunday, OK? 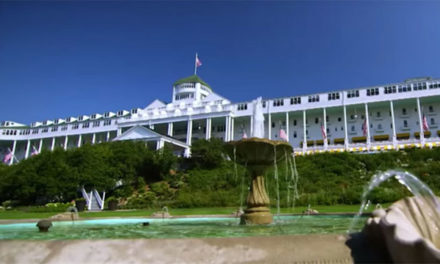 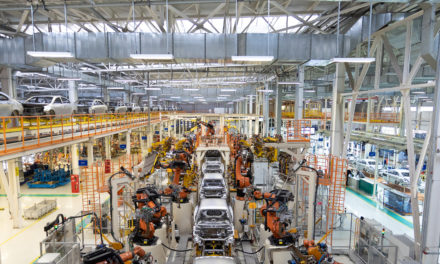 Can Michigan’s auto industry bounce back? 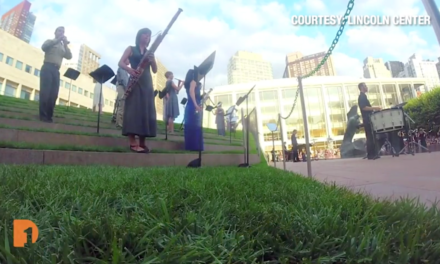 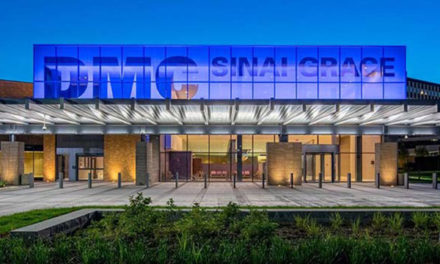