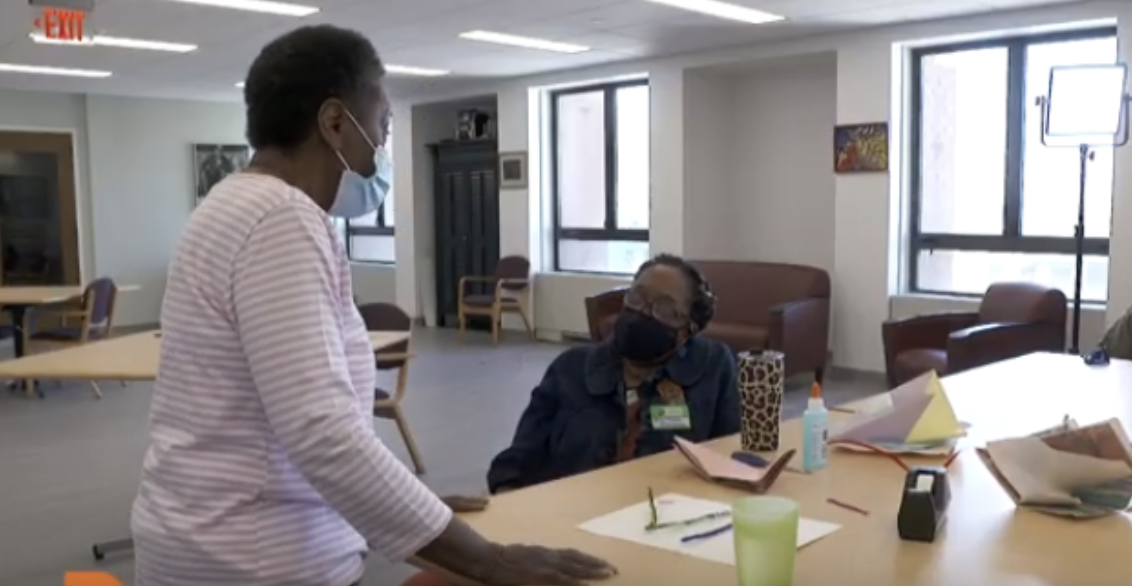 A program at Detroit’s Hannan Center that provides day care for adults with dementia, offering a needed break for their caregivers, was one of the projects discussed by panelists at a public forum held Thursday on issues facing caregivers and possible solutions for them. Courtesy of Detroit Public Television.

Paula Duren, a Detroit-based psychologist, is one of an increasing number of caregivers of elderly adults who felt overwhelmed by the task of caring for aging parents, both of whom suffered from dementia.

“There were moments that felt like you didn’t even know what to do,” Duren said. “It brings about a helplessness.”

Duren was a panelist at Thursday night’s virtual forum hosted by the New York & Michigan Solutions Journalism Collaborative, a group of news, community and academic organization that cover chronic problems with a solutions-focused lens, and Strides for Seniors, an annual
month-long event series focused on Detroit’s senior centers.

The event, presented by collaborative members Detroit Public Television and Urban Aging News, featured journalists, caregiving experts, and community members who have served as caregivers for their loved ones.

The number of unpaid family caregivers has been rising in the United States, up from 43.5 million in 2015 to 53 million in 2020, according to a recent study by the AARP Public Policy Institute. The causes are numerous — from the aging of the Baby Boomer generation to a
shortage of paid family caregivers. But despite formidable challenges, panelists discussed potential solutions being attempted across the United States.

After her experience, Duren founded Universal Dementia Caregivers. The non-profit organization offers support and education to those affected by dementia-related issues through services such as family mediation, legal guidance and workshops on caretaking skills and self-
management.

“One of the things we do is invite attorneys in so people can ask their questions,” Duren said. Family caregivers “never think about the fact that (they) might need a power of attorney or a will might need to be established.”

“It’s a job that many spoke … about feeling very under-appreciated,” said Sarah Rahal, a reporter for The Detroit News, during the event.

Paid caregivers’ turn over at a rate of 82 percent, and the workforce is currently in need of 34,000 more professional care workers, she said. This is a situation that is “expected to get much worse. There are thousands in Michigan who are in desperate need,” Rahal said.

One solution is giving caregivers — paid and unpaid — more money.

The recent Biden administration infrastructure proposal originally included funding for increased caregiver pay, but that provision was left out of the deal struck this summer between the White House and a bipartisan group of senators.

Billions of dollars were proposed to go to expanding access to long-term care services in the home rather than receiving care at institutions, and the second would be to make caregiving jobs worth having, said Michael Kilian, editor of the Rochester Democrat and Chronicle.

But Biden’s proposal did not include similar funding for unpaid family caregivers. The AARP has found that unpaid caregivers pay on average more than $7,000 a year out of pocket caring for loved ones.

According to Madeleine O’Neill, a reporter with the USA Today Network, there is currently a proposal in Washington that would provide unpaid family caregivers a tax credit up to $5,000 and allow Medicaid to cover more home-based services.

This proposal, if passed, “would be transformational for family caregivers in a sense that family caregivers might actually be able to access professional care for their loved ones and return to the workforce,” O’Neill said.

In addition to financial stress, caregivers also cope with physical and emotional strain.

For instance, Rahal pointed to the difficulty of the work itself, stating that caregivers are injured at a higher rate than even truck drivers in the United States.

Duren, the Detroit psychologist, says caregivers will neglect self-care when they put their loved ones first.

The Hannan Center, a senior center in Detroit, offers respite care in the community through a program called Daybreak. This respite care service allows caregivers a break at affordable rates, sometimes as low as $5 per hour.

“Sometimes it’s just a few hours, sometimes it could be five days a week,” said Vincent Tilford, the center’s executive director. “It helps to improve that relationship between the care partner and the person that they are caring for.”

The full public forum can be viewed on DPTV’s website. The interstate collaborative plans to continue engaging the community on solutions for caregivers through events and reporting.

Members of the news collaborative in New York include the Democrat and Chronicle, Minority Reporter, La Voz, WXXI and News10NBC in Rochester, and WGRZ, The Buffalo News, the Niagara Gazette and the Lockport Union-Sun & Journal and WBFO in the Buffalo area. Community partners include Rochester Institute of Technology’s MAGIC Center. 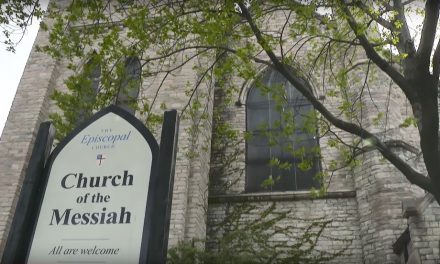 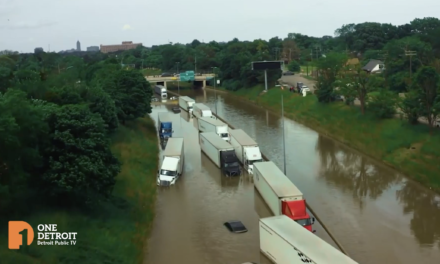 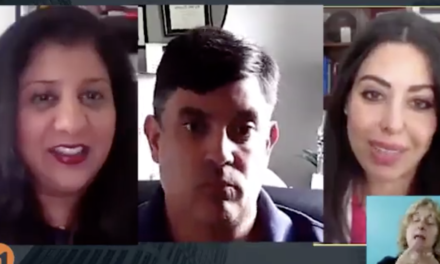 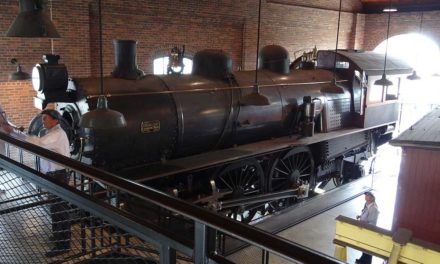