Kevin Dewey, director of choirs and vocal music instructor at Henry Ford College talks about The Dearborn Symphony, Vanguard Voices from Henry Ford College, and Players Guild of Dearborn’s holiday musical gift to the community. These organizations have teamed up and recorded performances of holiday classics such as Masters in This Hall, Wassail Song, and Hallelujah.

Kevin Dewey, Director of Choirs, Henry Ford College  It was started by EmmaJean Woodyard who’s been a long working, hardworking professional and supporter of the arts in Dearborn and throughout southeastern Michigan for her entire career and adult life.  She approached the Dearborn Symphony, she’s a board member of the Dearborn Symphony.  And she approached me because I conduct several groups in the area and have done a lot of things for the city of Dearborn and for Henry Ford College after having grown up in Dearborn.  So, I’ve been doing a lot of Dearborn music for decades.  And she also approached the Players Guild of Dearborn, which is the wonderful community theater group here in Dearborn.  So, Dearborn Symphony is going to provide a couple of selections, holiday selections.  The Players Guild of Dearborn is going to provide a dramatic thing piece that’s going to be related to the holidays.  And Henry Ford College is providing two songs, one by our chorus, masters in this hall here you used to today, like that.  And then our blue fusion vocal jazz ensemble is going to take a-wassail song.  Here we come a-wassailing among the leaves so green.  And so, it’s a jazzy version of that old a-wassail song, and then and then the final number on the performance is going to be the Dearborn Symphony and Vanguard Voices, which is a group I conduct for the city of Dearborn.  They’re combining for the Hallelujah Chorus for the end of the concert.

Will Glover  How did all of this come together?  Where did it start?  Whose idea was it?  Give me a little bit on just how we’re getting to this point?

Kevin Dewey, Director of Choirs, Henry Ford College  Well, that’s EmmaJean Woodyard, because she’s been so actively involved in all of the arts in Dearborn and throughout southeastern Michigan as I said for decades.  She knows all of us and she knows all the groups.  And she’s used to promoting everything from symphony concerts to musical theater.  She does all kinds of things in the arts.  And she thought, well, you know, this is a time of year and that we want something special, but it’s at a time when we’re trying to deal with the pandemic.  And so how do we possibly do something that would be meaningful but to let people know that we are doing our best to keep the arts alive here in southeastern Michigan, especially in Dearborn.

Will Glover  What has the reaction been like from the people who are part of these choirs?  People who are going to be performing, because I know artists, musicians haven’t had that much time to actually get out and do what they love, so I’m sure there’s some excitement there.

Kevin Dewey, Director of Choirs, Henry Ford College  In the time of pandemic, a choir cannot sing together, period.  With masks, spreading out, airing out the room every 30 minutes, even those things don’t do it.  And I’m not going to take the chance to put to endanger the choristers or the choirs that I direct.

Will Glover  Once this is all put together and you guys are ready for the community to open this gift, where can they go, how can they get it, how can we experience this?

Kevin Dewey, Director of Choirs, Henry Ford College  Cable TV for Dearborn, city of Dearborn TV, CDTV will be broadcasting it, but it can also be viewable online at the various websites of the groups.  But CDTV, Dearborn Symphony Orchestra Players Go to Dearborn, Dearborn Community Fund, Henry Ford College and Vanguard Voices, all of those websites will have it.  So, if you remember any of those groups, and want to go to their websites you’ll be able to check it out there.

Will Glover  What do you hope viewers take away from the performances that they’re going to see, and how do you hope they receive this holiday gift of music?

Kevin Dewey, Director of Choirs, Henry Ford College  I think they could take a lot of different ways to be honest.  I think that those people who are not able to attend live music are going to at least enjoy the opportunity to hear some good music that was just performed and recorded recently by local people.  So, I think it’s going to be special that they’re hearing some holiday music performed partially live like the Dearborn Symphony, performed it live when it was recorded.  So, I think it’s their opportunity to hear some of the songs of the season that they otherwise might not get to hear by going to local concerts.  That’s the big negative, right, is that they can’t go to live concerts, but they can see some of the familiar faces, some of these choristers, some of these orchestra members and such that are all they’re known around the Dearborn area.  And they’ll get to see these people singing and playing on this on these videos.  But also, I think it’s gotta, it goes to a much grander level from the standpoint of us not being beaten down by this pandemic.  I think at the time of the holidays, we especially want to be able to rejoice in what we do have.  And while we don’t have live performing choirs, we do have the technology. We do have the spirit and the heart and the go get’emness to make these recordings and to listen to them and enjoy the sound of a choir singing together.  Even if we can’t do it live, it’s certainly better than saying, well, we’re just not going to sing. 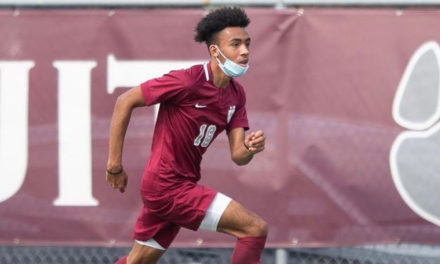 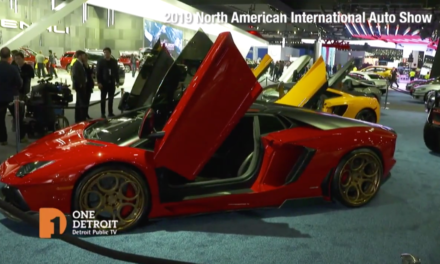 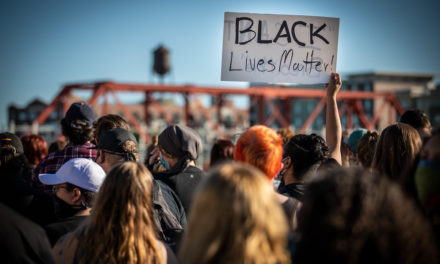 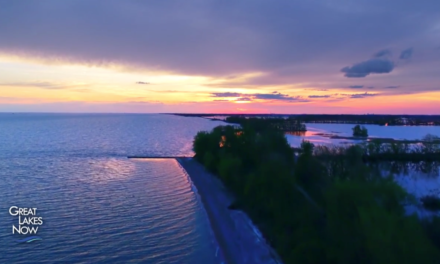