COVID has drastically changed business and work for millions of people. What’s the prognosis for Michigan’s small businesses, the future of the workplace, and the effect on real estate in the city of Detroit?

We want to talk to you about Michigan’s economy this morning, and  you have been chairing this council throughout the pandemic. A lot of vaccines rolling out, the governor recently opened up the state a lot more in terms of restaurants and the entertainment industry. Starting to see, it feels like, a lot more economic activity. Gerry, in your view, where are we? And, you know what do we where do we go from here?

Gerry Anderson, Chairman, DTE Energy; Michigan Economic Recovery Council Co-Chair  Well, Nolan, first of all, glad to be with you and I would say that we’re in that critical equivalent of the fourth quarter of a football game where victory’s in sight, but we can’t let down. So, you know, the vaccines are rolling in that move yesterday, in fact, to extend them to those 50 and older. That’s the group where all of our hospitalizations and deaths have occurred in this pandemic. And if we can get that group to move through and take the vaccine in large numbers, I think we will see the worst of this behind us. But we need to see that phase through and not let down our guard. But, you know, having worked our way through that, I think the prospects for a surprisingly good economic year lay waiting for us if we work our way through it.

Nolan Finley So the members of the various business organizations that you’re involved with and your fellow members on the Economic Recovery Council, you have a strong sense of optimism now?

Gerry Anderson You know, we surveyed the members of Business Leaders for Michigan in the third quarter and then essentially at end of year or early this year, and you could feel the sense of optimism moving when we surveyed them. Pretty close to 85% felt that this coming year was either going to be stronger or at minimum level to this year, and that had moved significantly from only months earlier. And I suspect, Nolan, if we surveyed again, it would be stronger. And the same was true of employment that on the order of 85% said we’re going to either be level or increasing employment levels, again, more bullish than they’ve been months earlier. So sentiment’s improving. And I think as we get the final stage of this pandemic worked through, it will only strengthen.

Nolan Finley Well, businesses are itching to get open. I mean, you saw  the Regional Chamber or the Michigan Chamber come out and say, hey, we want our offices open. The Manufacturing Association said, we want our factories open. How near are we to the point where we’ll see a broad reopening of office buildings and factories?

Gerry Anderson You mentioned restaurants and bars and so forth, and they made that move to go to half capacity, and as we get a better handle on this, I think those sorts of moves are appropriate. With respect to offices, most businesses–I know DTE has–but when I talk to other leaders, essentially every business has been thinking for months about the pace at which they’ll reintroduce people into their offices. And I don’t think it’s going to be sudden. I think it’ll be gradual and staged. And generally, people have been saying that that’s likely to be the end of the second quarter, beginning of the third quarter. But I suspect as well that we may see that moved up a bit if the pandemic really quiets down as we work our way through vaccinations. So what I would is would expect is that we’d begin to see in the second quarter people being phased back into offices, and that will really pick up pace as we head into the third quarter.

Nolan Finley So, Gerry, we are right now at the one year mark of this pandemic and the shutdowns. Have you gauged the impact on our business community, both large corporations, small businesses. How hard is the Michigan economy been hit?

Gerry Anderson Well, you’re right, it’s been a year. In fact, it was March 12th, a year ago that I met with the DTE board. And I remember saying to them, I’m not sure what this is going to look like, but it is fundamentally going to change the year ahead, and it did. What we found is that large businesses across all sectors were hit hard early along with employment, but they rebounded surprisingly fast. And you find quite a few businesses who will say that they’re actually doing better today than pre-pandemic. Which has been partly due to underlying strength and partly due to stimulus from the federal government and monetary policy. It’s the small business sector in particular, parts of the small business sector that have really been hard hit, and we still see employment and wealth impacts there. So, you know, that’s that’s the part that’s really waiting for this pandemic to end so that our offices can fill back up, our restaurants, and theaters and so forth can fill back up; there’s still a lot of residual pain there.

Nolan Finley Gerry, we’ve got both the state and the federal government now debating, considering relief packages, aid packages, what do businesses in Michigan need from from government as they come out of this crisis?

Gerry Anderson Well, I think this, the sense of the business leaders I talked to as we realize the federal government is going to be sending significant funds to the state, this will be a once in a generation or once in a lifetime flow of federal funds to Michigan. And our hope is that they will be used strategically. We have plenty of issues here in the state that need to be addressed that can make this state better for the long term. And we can use this funding both to address those issues and to create jobs and training and workforce development. But we could also spend the money unwisely, which would be just a real waste. And so, I think a lot of details yet to come. I know there’s thinking and discussion going on between the business community and the in the administration on the best use of funds. But our mindset will be to use it strategically. Yes, create jobs. Yes, help train people up to re-enter the workforce where that’s needed, but address some of the state’s critical issues.

Nolan Finley Gerry, I don’t think any of us believe that post pandemic life will be the same as it was before. How do you think or see things being different? What will change permanently because of the pandemic?

Gerry Anderson The look of the work place is going to change a lot. Every business I talk to is fundamentally re-thinking what it’s going to mean to be in an office. There’s going to be fewer days spent in the office. The look of offices will be, in some cases, radically different. The idea of a permanent office may not exist in many companies, and so that will look and feel different. I think it’s going to introduce more flexibility into people’s lives, and in a way it may be really good for family life. In the sense that, you know, being gone of 8, 10 hours a day, 5 days a week, when you’ve got a young family can be hard,  and this can introduce some flexibility that really may be healthy. And it’s going to have impact on things like how much we drive and our use of energy. So there will be efficiencies introduced. So in a strange way, there were ideas accelerated during this pandemic that we’ve thought about and sort of toyed with for some time; it got pushed forward and they’re going to stick.

Nolan Finley But all of that can have unintended consequences as well. What will be the impact on commercial real estate on downtown Detroit?

Gerry Anderson You know, the commercial real estate question is a big one, because as people rethink their office architecture, everybody’s concluding they need fewer square feet and are beginning to move to rationalize their holdings. How that will play out over time, I don’t know, Nolan you could, for example, potentially see conversion of commercial space into into residential uses, enabling more people who’ve been wanting to get into cities to do that. But there are questions about whether that trend to move into cities will continue. And so I think more than anything, I think there are a lot of questions about how the trends to, move out of cities to be out in fresh air, will or won’t reverse. Unquestionably, there’s going to be significant impacts on the commercial real estate markets. I think we’re just going to have to watch that to to see how it plays out.

Nolan Finley Gerry, before we let you go, I want to talk to you briefly about in your role as an energy executive. A couple of weeks ago, we saw a energy disaster in Texas because of the weather. And their their natural gas, their electricity grid, everything sort of collapsed to tragic consequences. Could that happen in Michigan?

Gerry Anderson Well, I never say a disaster couldn’t happen in Michigan, but what happened in Texas is far, far less likely to happen here. Texas got hit by weather that’s pretty routine for us, but very unusual for them. And they simply don’t have their energy facilities pardoned for cold weather. And so they had gas wells freeze up, they had power plants that aren’t prepared to operate in the cold the way we are here in the north, even their wind turbines don’t have the all weather packages that we routinely put on up here to enable. Ours can operate down into the -20 or -25 range before we need to interrupt. Well, the wind turbines there had to come off because they weren’t weatherized and same with the gas infrastructure. So I think the aftermath will be, they will harden their infrastructure. I’ll tell you, as well, Nolan, there are some regulatory issues that have festered in Texas for a long time that need to be addressed. They have provisions in their energy markets that many of us in the industry have simply thought for years don’t make sense. And they need to reckon with those so that this doesn’t happen again.

Nolan Finley Gerry Anderson, Chairman of DTE Energy, Co-chair of the Michigan Economic Recovery Council, thanks for joining us One Detroit. 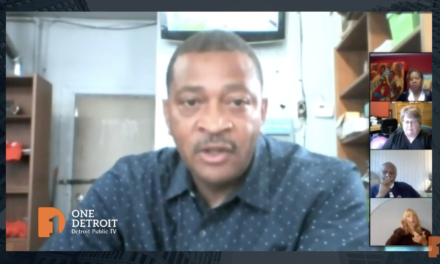 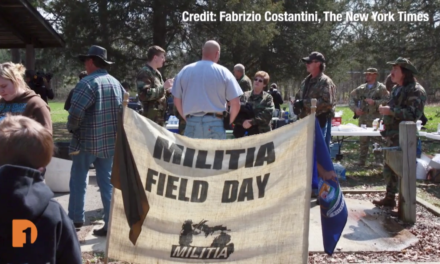 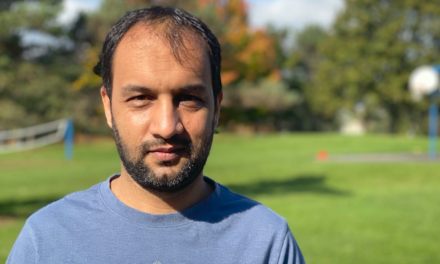 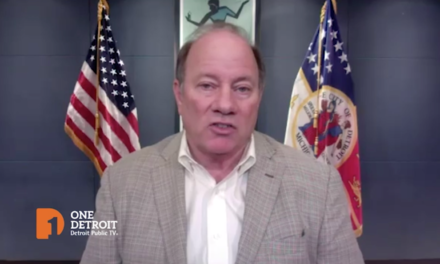