Gov. Whitmer | A look back at a year of COVID

It was a year ago this week that our world changed, and we entered lockdown. Christy takes a look back at the year with Gov. Gretchen Whitmer, how far we’ve come through the pandemic and how COVID has exposed inequities in the system, and prospective back to work measures.

Christy McDonald  Governor Whitmer, it is good to see you, you know, we are at the anniversary of COVID when lives changed. And when you look back at this year, what would you say the largest accomplishments of your administration have been? And then what would you say, you know, in hindsight, we did a couple of things here that may not have been the best idea, what would you have done differently?

Gov. Gretchen Whitmer  That’s a great question. I think as we commemorate this moment, it’s really important to recognize the incredible toll that COVID took on our state and is still taking on our state, right. Almost 16,000 Michiganders have lost their lives to this virus. That’s 3, over 3, 911 events that one state has sustained in 12 months. It’s staggering when you think about it, and remembering how dire things were a year ago when we couldn’t get enough masks to even get our hospitals through a weekend of shifts with ERs that were filled with COVID patients, and an incredible death toll that was climbing so quickly every day. So I think that as we look back on this year, I’m grateful and inspired by the people of our state who have taken it upon themselves to do their part. I’m grateful for Dr. Khaldun, and the Department of Health and Human Services, and University of Michigan School of Public Health, and all the different people and groups that came together on Merck and to help advise us in our next steps that we take for re-engagement. So, we’ve done, we followed the science. We’ve saved, studies have shown we’ve saved thousands of lives. But of course, if I could go back in a time machine with all the knowledge we’ve accumulated, what do we do some things different? Sure. But we have to recognize this has been a novel virus and we’ve been learning every step of the way, and we’ve made adjustments so that we can protect people. And I’m proud of the work that we’ve done as a state and of my administration.

Christy McDonald  You know, when you think COVID, it is really exposed in terms of inequity in some of the systems that we have in place, disparities in health care as an example. Do you think that we are now better equipped to tackle that as a state?

Gov. Gretchen Whitmer  I think it’s undeniable that that’s got to be a real cause for us to to rise to. Inequity, racial disparities, they’ve long plagued our country, and yet COVID really held up a mirror and magnified the impact of that. And so we as a nation have been grappling with this. We’ve been having a lot of hard conversations around everything from policing, to access to health care, to pathways to skills. And I think that that’s got to continue to drive the policy work that we do. And so equity has been one of the north stars as we did everything from our COVID response to vaccinations, to the budget that I’ve introduced, and I think it’s long overdue. And so I hope that we can all see in this moment the work that we need to do together.

Christy McDonald  We also talk about disruption, and disruption usually as like a negative connotation, but sometimes, sometimes disruption can lead to positive changes and some more streamline things in terms of education, the unemployment system, communications about nursing homes, what do you think comes out of this disruption, more streamlined and in a better place?

Gov. Gretchen Whitmer  I think that there are a lot of things. I mean, recognizing the incredible importance of us connecting this whole state through broadband is really crucial. Michigan offers some incredible quality of life opportunities. And if you can do your work from anywhere, you should do it from paradise, right? So this is something that I think shows, whether it’s the education of our kids who have been trying to learn online, or the needs of business and workforce, or quality of life, this is highlighted one thing that we should really be working on. That’s just one example of many. As we look across the workplaces of Michigan, in the private sector and public sector, I think we’ll see some improvements in positive ways that will improve people’s quality of life and flexibility. We need to be together, there’s no question, but we don’t have to go back to doing things the way that we were, where we’ve learned we can do it better. So, I think that we’ve got a lot of opportunities going forward.

Christy McDonald  Let’s talk a little bit about the federal funding that’s coming to Michigan to recover from the pandemic. Explain how you see this working for Michigan and what your top priorities are.

Gov. Gretchen Whitmer  So these resources are, give us an incredible opportunity to make some investments in things that will not just help us get out of this tough time we’ve been confronting, but to lay the groundwork for some putting Michigan in a leadership position in a lot of ways. I think one of the concerns that I have, of course, is the legislature has been not moving federal funds to deploy them into our economy. We have to get past whatever it is that’s holding them back, because when we have 5 billion dollars coming into Michigan for the education of our kids, for the dissemination of our vaccines, help for small businesses, we can’t let anyone get in the way of us getting that diploid into our economy. And unfortunately, that’s what has happened. As we look to this new COVID relief bill, there are going to be so many resources. And the work we do in the next couple of months is going to set the tone for our ultimate economic resurgence and success. So whether it’s meeting the needs of our children who have learning loss because of COVID, or it is helping small business get back on their feet, or it is the vaccination dissemination, we’ve got to get these done right and we’ve got to find common ground together quickly, because minutes can be very costly if we’re not deploying these resources.

Christy McDonald  All right. Well, let’s talk about it, which can only be described really as a power struggle between your administration, the Republican majority in the legislature that want to tie spending to reduced emergency authority. How do you explain to critics why the authority of the State Health Department, your ability to implement emergency parameters should not be changed at this time and after this year?

Gov. Gretchen Whitmer  Well, first, let me explain that these federal dollars have gone to every state, no strings attached. They are to be used, I mean they are prescriptive, right? They are to be used for things like getting our kids back in school, vaccine rollout, to help small businesses. To say that these dollars won’t be used for the benefit of the people of Michigan unless we take away the tools that the governors use to keep us safe, is is dangerous on all fronts. These are dollars that were allocated signed into law by Donald Trump, supported by a bipartisan group of our congressional delegation, that the legislature is looking backward and they’re mad about things that happened last year, not putting 5 billion dollars into our economy. These are dollars that will help us get back on track, so to say that they’re only going to do it if I give up powers that we’ve been they’ve been trying to take away for the last year, they know what the answer is. And so they’re playing games with money that’s so important for the people of our state. And so I’m hopeful that they will discontinue that so that we can deploy these resources and help our small businesses and our families get through this time.

Christy McDonald  Yeah, where’s the common ground on that? Because people in Michigan might be saying, oh, gosh, here we go again, power struggle back and forth, nothing gets done. What do you say to that?

Gov. Gretchen Whitmer  Oh, we’re getting a lot of things done and we will find some common ground, there’s no question. You know, dealing with a legislature that wants to take executive powers away from the Governor, I mean, we’ve been seeing this for the last few years, it’s not surprising, it’s disappointing, though, because we have to move fastly to get these resources deployed for the health of our economy.

Christy McDonald  A couple of quick things. Transparency about the severance agreements for several high-level state officials. We understand in private business there are nondisclosures, but in government, why shouldn’t taxpayers have an understanding, for example, of why a health officer resigned in the middle of a pandemic?

Gov. Gretchen Whitmer  So, I mean, as we said in multiple press conferences, this is a, this pandemic has been hard. There have been a lot of changes in leadership in various states across the country in this space because it has been hard. Robert Gordon tendered his resignation and I accepted it, and I asked Elizabeth Hertel to come in and lead the department; we’re fortunate to have her there. But with regard to a severance agreement or separation agreement, whatever it’s called, I have to abide by the terms of it. And I am grateful for his work, but I’m not able to go into it a lot further than that, unfortunately.

Christy McDonald  Last two things, what can you tell businesses about lifting back to work measures in the next couple of weeks?

Gov. Gretchen Whitmer  So by and large, we are back to work; it is the office space work that I know is our next important area that we are looking to. We are convening business leaders, and MIOSHA, and DHHS, so that we can promulgate a cadence and incremental changes that will help us do that safely; I’m eager to to move in that space as well.

Christy McDonald  You know, we talk about governance over this last year. But personally, I want to ask you, you’ve become, I guess, a meme on one side, that woman from Michigan, a recurring character on Saturday Night Live, but also on the serious end, you were a key part of President Biden’s election. You were the target of a kidnaping plot and really have now become a national touchstone for Democratic Governors. I want to ask you how that does or does not influence you on everything that the decision making that you have each day?

Gov. Gretchen Whitmer  It doesn’t influence me at all, and frankly, I it’s someone asked me that the other day, what’s a, you know, you’re nationally known now, I said am I? I don’t know that. I don’t leave the residence very often. When I do, I go to the Romney building to give our press conference or I make trips around Michigan.

Christy McDonald  Yeah, I know. But you were on MSNBC this weekend and CNN and they’re asking you to comment on Governor Cuomo. I mean, you become this this this voice.

Christy McDonald  You know, it has been a year and we look forward to catching up with you again very soon. Governor Whitmer, thanks for your time.

Gov. Gretchen Whitmer  Thanks, Christy. Good to see you. 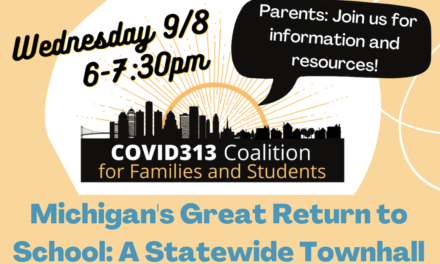 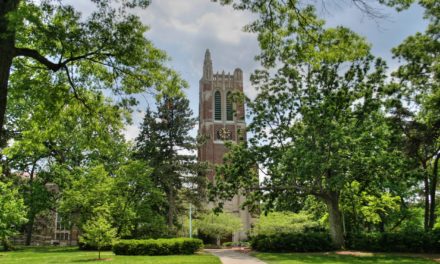 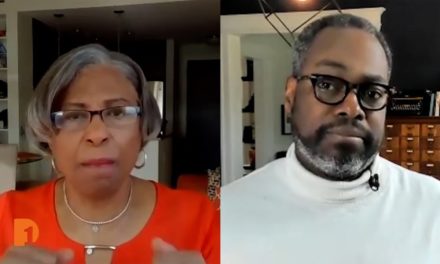 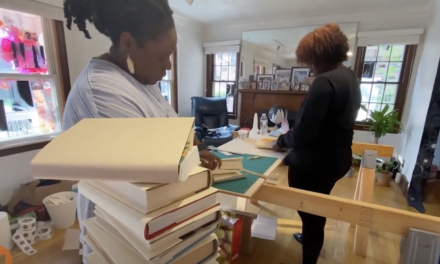